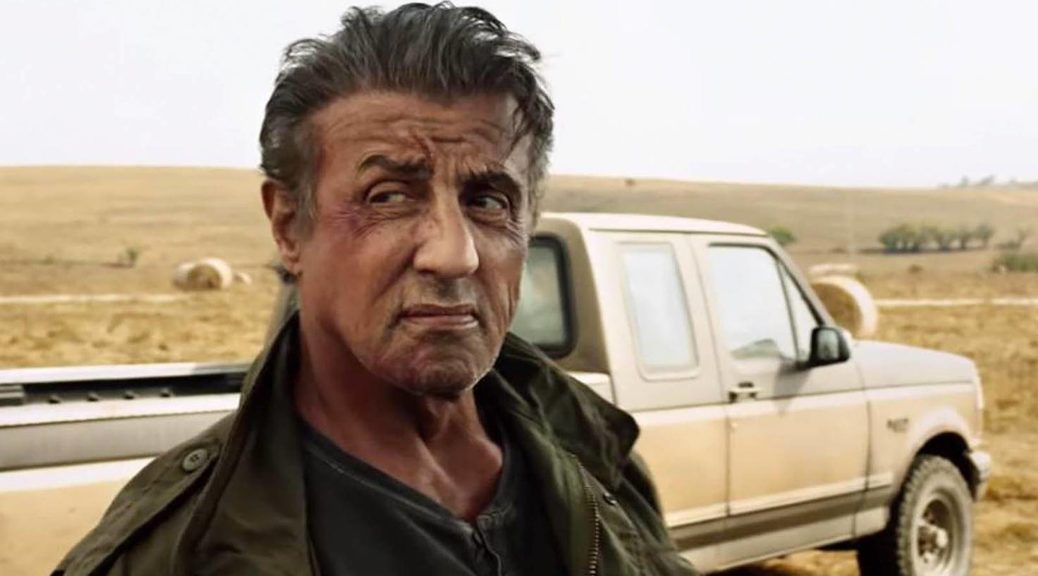 With "Rambo 5: Last Blood" Sylvester Stallone returns to the big screen for the last time in one of his most iconic roles. The expectations of the fans are therefore great: Can John Rambo give himself a worthy finish? We will tell you in our criticism.

The following review contains slight spoilers for "Rambo 5: Last Blood". So you continue reading at your own risk.

That's what "Last Blood" is about

Ten years have passed since John Rambo (Sylvester Stallone) retired to the farm of his family in the US state of Arizona at the end of the eponymous fourth installment of the film series. As a horse trainer and local taciturn on the job, the war veteran denies his retirement.

The company receives Rambo from his housekeeper Maria (Adriana Barraza) and her granddaughter Gabrielle (Yvette Monreal), who has become a substitute for her "uncle John" over the years. Now Gabrielle is about to start her college studies. But before it starts, the young woman desperately wants to confront her biological father, who just left her and her terminally ill mother years ago. The journey is to go to Mexico – much to the disfavor of Rambo, who considers the whole thing too dangerous.

After a quarrel with her grandmother, Gabrielle secretly makes her way across the border, finds her father – and ends up in the clutches of brutal girl traders. Now it's up to Rambo once again to set out on the great rescue mission.

Finally back to old form?

There are good reasons why the character played by Sylvester Stallone could achieve such a cult status over the decades. Above all, the really strong first part of the film series, in English "First Blood", who set the Vietnam War veterans as a sad and traumatized figure in scene. In tatters Rambo searched for his place in the old homeland – and failed spectacularly.

It's just a pity that this psychological note was steadily lost in parts two to four. Sure, blood did not flow in the first "Rambo", but in the following parts of the film series John Rambo was increasingly stylized as an unstoppable Haudrauf. The action became more and more the mere triviality between the increasingly blatant battle scenes. So I was skeptical about what to expect in "Rambo 5".

Rambo gets a bit of brain again in "Last Blood".

But what can I say: "Last Blood" surprised in a positive way. The character finally returns to the level of believable traumatization and vulnerability that gave her such compassion in the first movie. At the beginning of the film, the local sheriff Rambo aptly describes as a war wreck, but who is a good man and regularly volunteer for search missions, if once again walkers in the nearby forest area are missing. When his adoptive niece argues with him, gets angry, Rambo clearly notices his discomfort and concern for the girl. And that, although – or just because – he has seen so much anger and hatred in his life.

Rambo does not show up in the course of the film as a man of great words (although there are surprisingly much meaningful dialogue for "Rambo" relationships), but manages to lead actor Sylvester Stallone to put the complexity of his character credible scene. The movie, directed by director Adrian Grunberg ("Get the Gringo"), makes clear that it is possible to get the man out of the jungle but not so easily out of the man. And not only because Rambo has dug his own guerilla world even in the US …

Maria has long been part of Rambo's family.

With Gabrielle, the old warhorse got an unexpected replacement daughter donated.

Had Gabrielle once listened to Uncle John.

In Rambos cave world there is just everything that man needs …

The John can brood darkly to himself.

The sticking point: Rambo does not care if he dies himself, as long as he can save those he loves, or get his revenge for doing harm to them. The Martinez brothers (Sergio Peris-Mencheta and Óscar Jaenada) in particular end up feeling bad. If they had left the fingers of Gabrielle!

Especially in the last 20 to 30 minutes of "Last Blood", die-hard "Rambo" fans will be happy: good old-school action without much CGI or unrealistic fighting scenes meets the most creative guerrilla trap construction on the family farm , Traps that would honor First Blood and enrage MacGyver and A-Team lurk on the advancing members of the Mexican Girl Trader Ring. All I'm saying is that I have never seen such a creative use of a pitchfork.

His "hard R" rating, the American MPAA has forgiven , "Rambo 5" is absolutely fair. More than once, during the press screening, I was struck by a frightened, enthusiastic "Woooah!" Listen.

The Martinez brothers are not quite in agreement on power distribution.

The first clash with the girls' traders is not going according to plan for Rambo.

… and more unusual guns, are raised in the course of the conflict.

Do not worry, that's not (only) my blood!

"Rambo 5: Last Blood" has surprised me in several ways. There is indeed an action and meaningful dialogues! At the same time, the film succeeds in returning its iconic protagonist to its old psychological complexity. Nevertheless, the slaughter rate that is so typical for the film series does not fall by the wayside. Especially fans of the excellent first part of "Last Blood" therefore have their joy. A candidate for the Oscar in the category "Best Film" is "Rambo 5" Although not, but he can justifiably be considered a worthy conclusion of the film series. John Rambo is now allowed to say goodbye to his well-earned retirement.