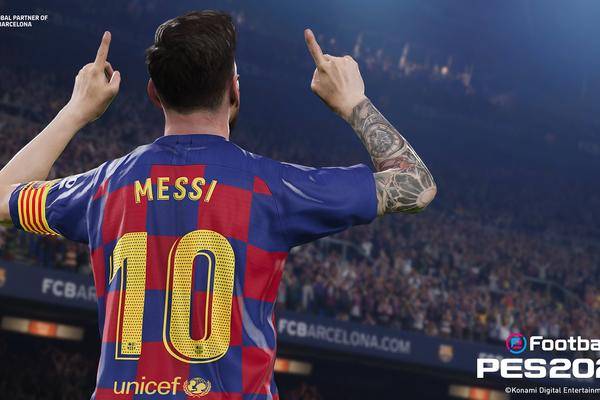 The new offshoot of the "PES" series will appear for the first time this year under a new title: "eFootball PES 2020" Konami calls his freshly published football simulation. However, the publisher himself apparently does not believe that the name gets caught among the fans.

The renaming of the "Pro Evolution Soccer" series should clarify the ambitions of the sports game in the near future: away from pure leisure pleasure, to the eSport-suitable simulation. This is what Lennart Bobzien, Brand Manager for Europe at Konami, told Gamesindustry.biz. However, that does not mean that everything is now subordinated to this alignment.

"PES" is now called "eFootball PES 2020", otherwise nothing will change

"We will not focus 100% on eSports now," says Bobzien. "In the end, it's still the same product." Konami has deliberately decided to keep the name part "PES". "If players still want to call it that, that's fine with us, we just want to have this addition to our product name to tell them that eSport will matter to us."

That such a radical step is necessary at all is probably due to the strong competition in the form of "FIFA". If the super hit of Electronic Arts annually dominated in terms of licenses and sales, just have to create new unique selling points. Bobzien thinks it makes sense to set himself up for eSports: "The advantage of football is that almost everyone knows and understands the game as a casual player to watch a round of 'League of Legends' or 'Dota' 'is much more difficult.'

Whether the strategy will work with the new name and the new direction, but has yet to show.