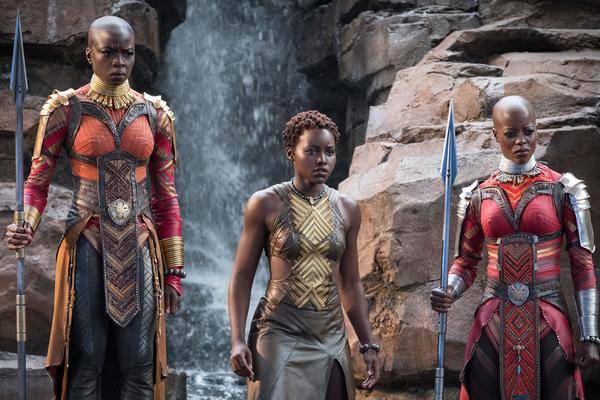 A true "Black Panther" streaming team has come up with a new project: Lupita Nyong'o will produce the miniseries "Americanah" for the new streaming service HBO Max and will also be the lead actress. She is backed by Marvel colleague and "The Walking Dead" star Danai Gurira.

Deadline reports that HBO Max has ordered the ten-episode series "Americanah," a dream project by Oscar-winning actress Lupita Nyong'o ("12 Years a Slave"). The script for the pilot series in turn contributed to Nyong'o's "Black Panther" co-star Danai Gurira. The latter will also be responsible for the miniseries as a showrunner.

"Americanah" will be based on the eponymous novel by Nigerian author Chimamanda Ngozi Adichie. At the heart of the love story is the young Nigerian woman Ifemelu (Lupita Nyong'o), who falls in love with her classmate Obinze. But their paths are divided: Ifemelu goes to the US, studies in Princeton and is confronted with racism despite her academic success. Obinze in turn takes it as an illegal immigrant to London.

"'Americanah' has been a matter of the heart since I read Chimamanda's beautiful novel in 2013," explains Lupita Nyong'o. "It's a story that is both contemporary and timeless."

A start date, the series has not yet. Lupita Nyong'o can still be seen in the horror comedy "Little Monsters" for the time being, Danai Gurira is from October again swordswoman Michonne in "The Walking Dead".