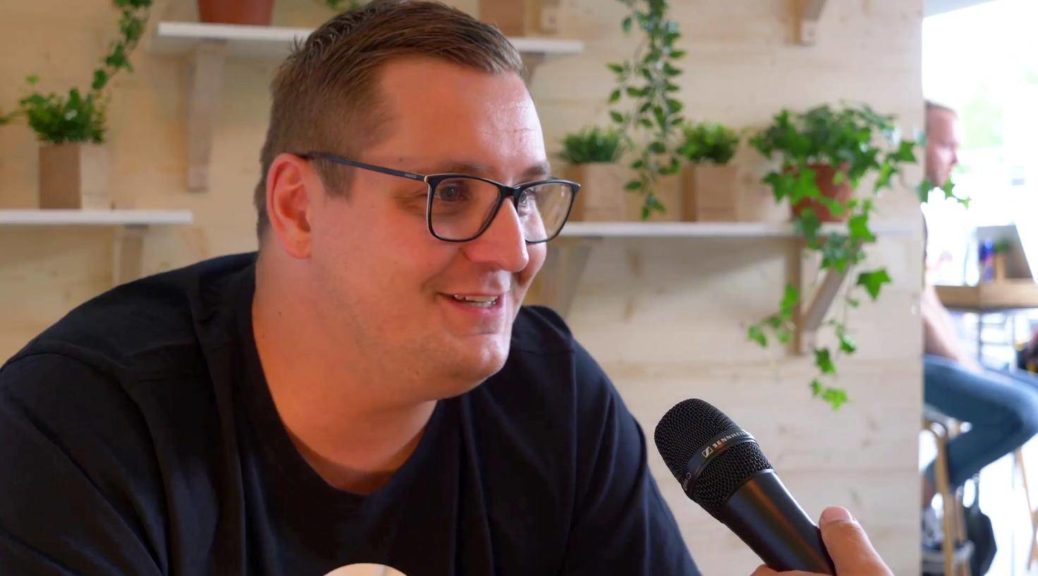 When Pontus Eskilsson says, "We at Twitch love esports!", It comes with all our hearts. He is Director International Partnerships for the AMEA region at Twitch – his company understandably loves everything that flushes viewers onto the platform. For Christoph Kohlhaas, product manager at the ESL, this is also problematic: Esport organizers have to assert themselves as content suppliers against much competition, especially influencers make it difficult for the young sport.

The rise of gaming livestreams has changed the world of video games in recent years: Influencers sometimes have thousands of viewers as they play – it's seldom that the particular content creator looks particularly good, but personal and close to their own or his fan community.

On platforms like Twitch, Youtube or Mixer, the influencers dominate the audience – but in the same place also Esport organizers compete for audience. After all, the tournaments should not only be experienced locally at events. Live broadcasts extend the range considerably. That in turn is important to attract more investors and advertisers. So are streamer and esport events competing with each other?

Christoph Kohlhaas, Product Manager Germany at ESL, sees it this way: "Of course you have a certain amount of competition – for example, we learn that locally on a German level, because there is exactly this discussion: How important are national leagues to influencers? Influencer may activate just as much coverage as, for example, the league day of the league, which raises the question: why is that? If the national league is qualitatively so bad, it is uninteresting or is just the Influencer phenomenon as a content creator Esport ahead of course because it's much closer to the community? "

For Kohlhaas, Twitch, Youtube, Mixer & Co. are a double-edged sword: "On the one hand, such platforms are important, we used to do the whole thing with ESL TV, which was a lot more complicated, today we're streaming all over the world On the other hand, you're one of millions of streams and you have to face competitors who are streaming exactly the same as you. "

On top of that, as the market leader in live streaming, Twitch has a series of tournaments in its own right, with popular streamer competing against each other. The "Twitch Rivals" thus offer the best of both worlds – and are thus even stronger competition for companies such as the ESL. "Rivals is obviously a great tool for us to keep going in Esports and giving every streamer the opportunity to become part of the esports experience," said Twitch's Pontus Eskilsson. It goes without saying that Twitch prefers to place its own events as a platform operator, but they are more of a marketing tool – good viewer numbers are great, but not vital.

Interview with Pontus Eskilsson from Twitch.

Is there an esports bladder?

Whether or not Esport's revenue is going to rise as bombastic as many numbers claim will make Twitch less important. Either way, all events bring more viewers to the platform. The organizers, of course, must provide their investors and the advertiser with reach for the flow of money to continue. That seems to work well too. Recently, there were again rosy numbers to announce: Statista released sales forecasts, which give hope in the coming years for a veritable Esports mania.

But the source of the numbers is not without controversy: in early 2019, Kotaku published a detailed report titled "Shady Numbers And Bad Business: Inside The Esports Bubble" ("Shady Numbers And Lousy Businesses: From Inside The Esports Bubble"). , In it, different veterans of the scene also comment on opaque methods and figures of Newzoo, the agency that Statista appeals to. An insider, for example, who has access to the numbers of "League of Legends" operators Riot Games, the statement by Newzoo outright as "garbage".

Sebastian Parks looks similar to Newzoo's data: "Great headlines that everyone brings – I can not figure out from where half of the numbers they got them from." Parks leads the Houston Rockets esports division, which no longer operates as an NBA team in basketball, but also operates Clutch Gaming ('Dignitas' since 2020), a professional League of Legends team.

Intransparent Numbers: Do so many people watch?

The Kotaku report also suggests that audience numbers are sometimes overly well represented: videos are integrated with autoplay function on websites, so the livestream launches, without the corresponding "viewer" really shows interest.

It is also controversial from when a stream should be counted as a spectator at all – while the Institute Nielsen television viewers only about six minutes counts, there are no binding rules for livestreams. Without verifiable methods are established, so come figures that suggest that the "League of Legends" World Cup already have more viewers than about the Super Bowl.

The esport business thrives on advertising deals and investors.

For investors, however, the numbers on paper look pretty. For the professionalization of Esport, however, structures are also needed that make the phenomenon transparent and measurable.

When asked whether the number of viewers is really rising as fast as sales, Kohlhaas from the ESL answers: "Nationally I would say 'yes', internationally yes, it is the question of which products to look at, there is a wide spectrum : You have the ESL One, I would definitely say yes, the investment goes up, the viewership increases almost as exorbitantly, with smaller products on a national, local level, for example without our branding, I would say, not in the In some cases you have to invest a lot of money in order to take a small step in the number of viewers. "

The right story at the right time: What is the Esport's breakthrough?

Even Twitch streamer can not just sit down, transfer any game, and then automatically have thousands of viewers. The proximity to the community has to be laboriously built up. Maybe the challenges for esport teams are not so unlike. Even sports stars of traditional disciplines, whether in the UEFA Champions League or at the Australian Open, live off what their fans see in them. Professional players of "Rainbow Six", "League of Legends" & Co. can certainly catch up here.