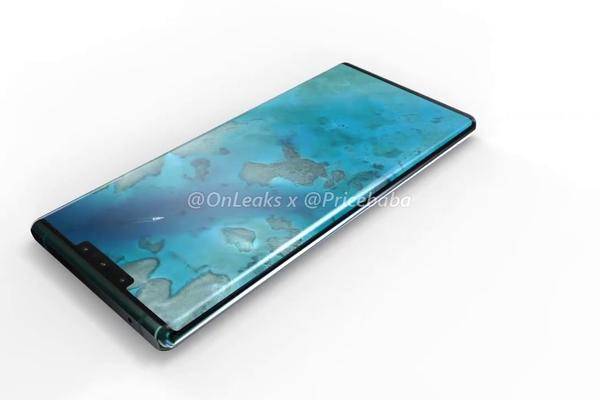 In two weeks, the Huawei Mate 30 Pro will be presented. A new render video now allows a better impression of the flagship – which probably has to do without Android.

So far, there were only a few pixelated advertising images from the Huawei Mate 30 Pro and photos of supposed display components to see. Now (once again) the website Pricebaba has struck and created together with the well-known tech insider OnLeaks a rendering video of the smartphone based on CAD drawings.

Circular quad camera on the back

Striking in the clip is especially the circular quad camera on the back and the wide notch in the display. The rear camera is said to combine a 40 MP main camera and a 40 MP ultra wide angle sensor as well as an 8 MP zoom and a ToF sensor. In the meantime, the display notch on the front contains three sensors. Whether one also serves for the face unlocking, but is still unclear.

Otherwise, the render images show a small "chin" at the bottom of the screen of the Huawei Mate 30 Pro, but no jack for headphones and no buttons for the volume control on the sides. According to OnLeaks, however, some details of the render photos may not be 100 percent correct.

Does the Huawei Mate 30 Pro ever come to Germany?

It only remains to be seen if the Huawei Mate 30 Pro will even be launched in this country. According to Google, the Chinese smartphone manufacturer will not be allowed to use the mobile operating system Android on its next flagship.