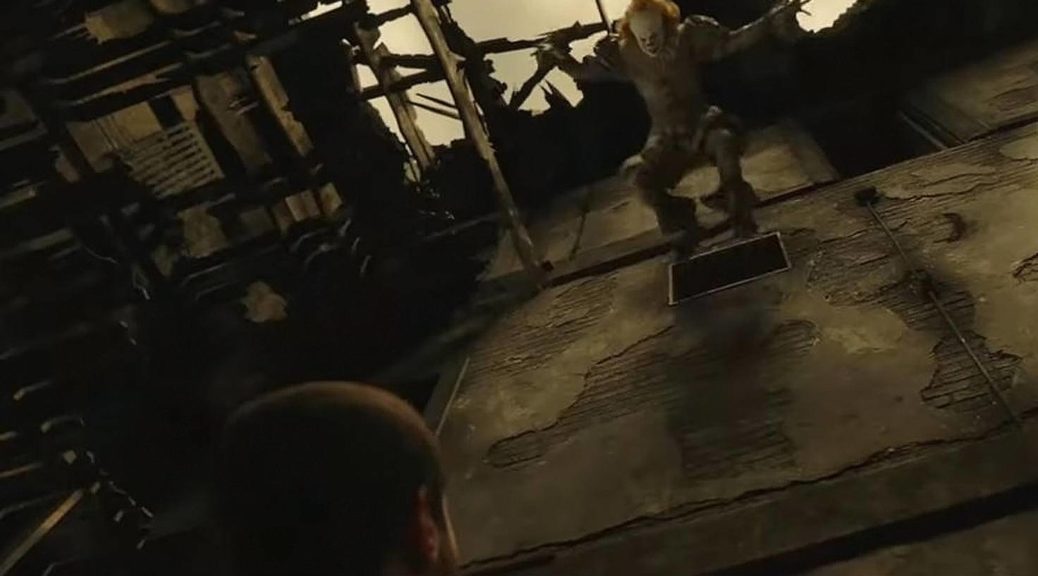 Why should I come up with an original introduction? You just want to know if "It: Chapter 2" has become even better than the first part, right? And this question can be answered quite simply: No, unfortunately it is not. What the sequel lacks and why especially the connoisseurs of the book should be disappointed, you read in our review.

No joke: a clown becomes a worldwide phenomenon

Let's summarize: The film version of Stephen King's classic book "Es" was released in cinemas in 2017, triggering a veritable horror boom: the critics were thrilled with the bank, the viewers too, and thanks to unbelievable $ 327 million in profits, " It "now with the title of the most successful horror movie of all time.

The sequel follows in the footsteps that horror icon Pennywise left behind with her oversized clown shoes. But unfortunately, "It: Chapter 2" does not shock as much as its predecessor – the Sequel is a bit too jerky and inflated with its running time of a proud 169 minutes, elsewhere irritatingly bumpy and hasty again. But most of all, and that is the biggest disappointment, the film repeats many antics of the first part and sets only a few of its own accents.

Since you want to go to work every day in the normal way – and then falls as a horror clown on the head. Really annoying.

In the first "It" bookworm Ben Hanscom had revealed that the child-eating evil in the guise of clown Pennywise awakens every 27 years. So in Part Two we are making a leap in time of exactly 27 years. The "losers" are now all grown up and dealing with their own problems: Bill Denbrough (now played by James McAvoy) is a successful but unfortunate horror writer, from the big-mouth Richie has become Bill Hader, as a perpetual comedian his deep insecurity dubbed. And Beverly Marsh (Jessica Chastain) has fallen into the clutches of a brutal asocial who regularly beats and emotionally torments her.

Only a call from their mutual friend Mike Hanlon (Isaiah Mustafa) tears the losers out of their routine: "It" has awakened again. As children, they swore to return to Derry and kill the supernatural killer once and for all. With one exception, all are willing to keep the oath – and so the club losers once again sets off to face his greatest fears and finally destroy the horror in the form of a clown.

Even if you do not have the kids' names anymore, you can recognize their adult actors right away – top casting!

Everything that worked in part one – just more of it

"The same as in Part One, only with adults" – that would be the succinct, but not the wrong, synopsis of "It: Chapter 2". Even though the sequel works more with flashbacks and shows us some storylines almost parallel on two time levels, you can not shake off the uneasy feeling that part two can not reach the momentum of its predecessor and does not meet its ambitious goals. For the most part, the sequel plays it safe and, in case of doubt, squeezes Pennywise scenes into it, where we viewers and the film need the time and peace to get to know our now adult protagonists.

Jessica Chastain as Beverly, McAvoy as Bill – the casting is awesome. Not only do the "big ones" have a striking resemblance to their child counterparts from Part One, they have also inherited many of their tics and idiosyncrasies. Above all, Bill Hader as adult Richie Tozier delivers an absolute brilliance and makes for the only really emotional moment in the end, in the audience could possibly even a few tears flow.

Sobering in such a situation is really not a solution.

So it's not up to the actors that the second "It" feels strangely grueling and bloodless at times. The best example of this aimlessness is the legendary scene in the Chinese restaurant: After a (far too short) reunion of the old friends, each of the losers is sent quickly back to a side quest – namely pick up a compulsory jumpscare. I put it in such a flippant way, but that's the way it feels: as if the heroes divorced on flimsy grounds so the movie could show us more pennywise. Sure, Bill Skarsg ård as a killer clown is again as scary and crazy and unpredictable as in Erstling, but the big aha effect is gone.

Incidentally, this scrolling sequence does not appear in the book and was first designed for the film.

When the shocks do not shock anymore

Anyway, the shock sequences: These also turn a bit off in "It: Chapter 2". Director Andy Muschietti has a predilection for scary characters who scare us with their grotesque corporeality – crooked heads, too big mouths, spidery long arms and legs. He had already shown that in the miserable 2013 horror "Mama" and then brought to the championship with the pioneering staging of Pennywise in the first "It" section. But now the jerk-monster-monsters, which move quite SUDDENLY and FAST and especially LOUD on the camera, have become the transparent mesh.

Pennywise is still the highlight of the film, not least thanks to Bill Skarsg ård, who gets everything out of his face and body again . But as memorable as the best horror moments in Part One (Georgie's brutal death in the gutter, the time-lapse photos) are the chill passages in the sequel not.

Do not worry, Bill, your performance as Pennywise is already a classic!

So much implied, so little made of it

Since no review of the "Es" filming gets along without the better-knowledgeable nagging of the book readers, I want to make no exception! What is missing for me as a big fan of the novel? The fascinating, almost abstract explanation of what it actually is and more importantly how to defeat it. I could have relinquished my teeth, even if the film had not halfheartedly opened this cask – to close it again immediately.

So the script tears at the extraterrestrial origins of It and the bizarre ritual of Chüd, but it does not detract from this narrative treasure chest (if you now only understand the station: that's all explained in the book, but that would go beyond the scope here). Instead, semi-indigenous traditions of Indians and a traditional Hollywood finale that does not dare to play with the surreal ideas of a macroversum and the physical manifestations of psychic concepts like good and evil. Not to mention a turtle vomiting the galaxy. If you still understand only station: Everything is explained in the book – but we already had.

This is how people look who are trying to explain the end of the book.

Too bad, because a brain-melting psycho-trip into the abysses of the human mind would perhaps have been the culmination of the climax that would have ripped the rudder around. So, however, "It: Chapter 2" ends expectably and almost powerless, including the obligatory bittersweet chant on childhood via text from the off. Sure, somehow "nice". But also pretty calculated.

As with Stephen King: The beginning is often better than the end

No, a bad movie is not "It: Chapter 2" – it is really competently staged, offering great performances by the young and old actors, and director Andy Muschietti approaches the mammoth task with sincere respect and esteem, one of the bring the greatest classic of horror literature to the screen. After such a strong start with part one, a solid continuation is inevitably a disappointment.

Go to the movies, watch part two and see the completion of a mad movie success story that even the most daring analysts have not thought possible. But it's like in the ghost train back then: Once you've seen through the tricks, it's not so scary anymore – no matter how loud someone "Buh!" roars in the ear.

"Did you just compare me to a cardboard clown from the ghost train?"