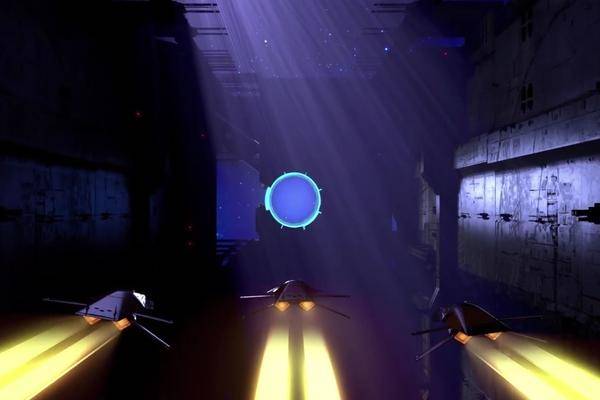 There are cheering strategy fans: The classic "Homeworld" is officially in the third round. "Homeworld 3" is currently being developed by the manufacturer Gearbox – and there is already a first teaser trailer.

Real-time strategy in space – this idiosyncratic genre has a small but more faithful fan base. And they are particularly pleased that the story begun in 1999 in the first "Homeworld" game about interstellar wars between warring factions will soon be continued in "Homeworld 3". Rights Owner Gearbox developed the game in collaboration with the Canadian studio Blackbird Interactive. This had already produced the last regular part of the series, "Homeworld: Deserts of Kharak" in 2016.

Fans can contribute a bit of financial help through the Crowdfunding platform Fig , but that's not necessary, as Gearbox says "Homeworld 3" will definitely be released. Why then the donation opportunity? To give the community the chance to be close to the creators and give valuable feedback.

One thing is certain, though: "Homeworld 3" will also be based on the series' hallmarks, ie real-time strategy mechanics and 3D space combat in virtual space.

We ask for patience!

Everything sounds very good, right? The only catch on the thing: Until we can withdraw into space, it will take a little while: Gearbox plans the release of "Homeworld 3" only for the fourth quarter of 2022.