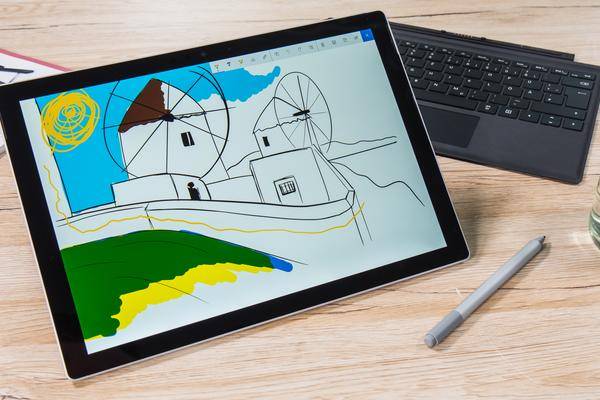 All models of the upcoming Windows Tablets Surface Pro 7 are to receive an LTE modem. For the predecessors, this was reserved for certain models with higher prices. A leak reveals some more information about the upcoming Microsoft tablet.

The Surface Pro 7 is to offer a similar design as its predecessor. This is what Windows Area writes about anonymous insider sources. However, the edge around the screen is expected to be slightly thinner and the tablet a bit flatter. That allows the new hardware inside. Specifically, it is probably Intel processors of the 10th generation, but Windows Area can not confirm this with their own sources. Some rumors mention alternative surface tablets with ARM chips, specifically with the Qualcomm Snapdragon 8cx.

USB-C instead of DisplayPort

The DisplayPort will be replaced by USB-C, but the support of Thunderbolt 3, the Surface fans have to do without. The Surface Connect port is retained. Also planned is a new type cover with slightly different colors. A patent, which appeared in November 2018, describes a 20 percent lighter and thinner Type Cover, as Phone Arena writes.

The display size should remain the same, namely 12.3 inches. As usual, support for the Surface Pen for notes and drawings is expected. Microsoft has already announced the next Surface event for October 2nd. There are also the Surface Laptop 3, the Surface Book 3 and possibly a device with two displays are shown.