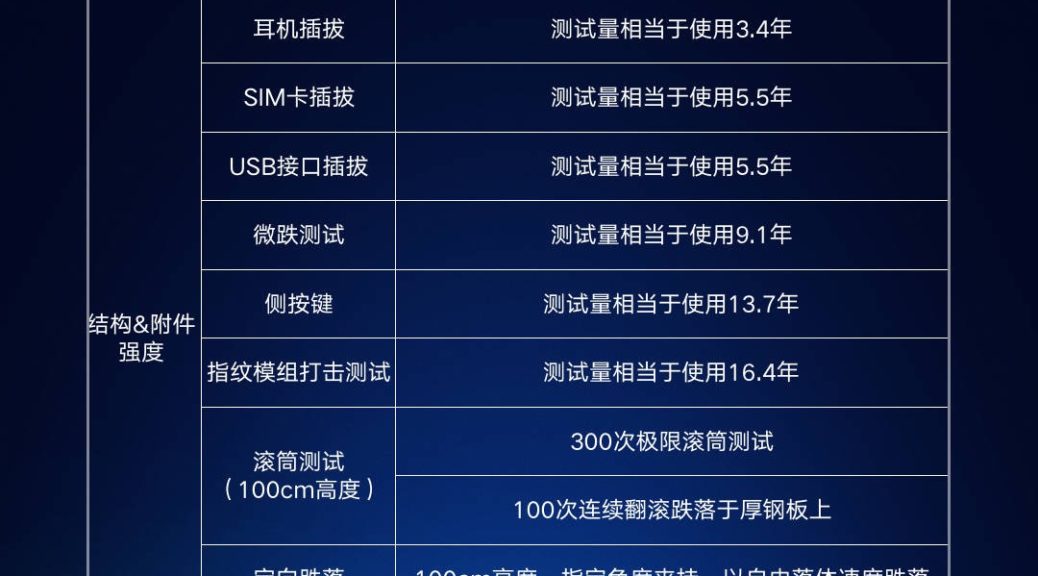 Little by little, the Xiaomi sub-brand is revealing new details of the Redmi Note 8 and Redmi Note 8 Pro. Two new smartphones that will arrive willing to overcome the spectacular figures that the current Redmi Note 7 moves, which in just 8 Months since its launch, it can already boast that it has achieved a figure that reaches 20 million units sold worldwide.

Now, the CEO of Redmi, Lu Weibing, has explained through the social network Weibo that the new range of Redmi Note 8 smartphone will be one of the toughest of Xiaomi's extensive catalog of devices . Not only before any accident related to falls, but also in the durability of their posts and buttons.

Specifically, the CEO has specified that the new Redmi Note 8 has a great protection against falls, guaranteeing to maintain the integrity of the device even in falls from 1.5 meters . This is achieved through a fairly resistant structure, as well as through its 5th generation Corning Gorilla Glass protection, not only present on its screen but also on its back. 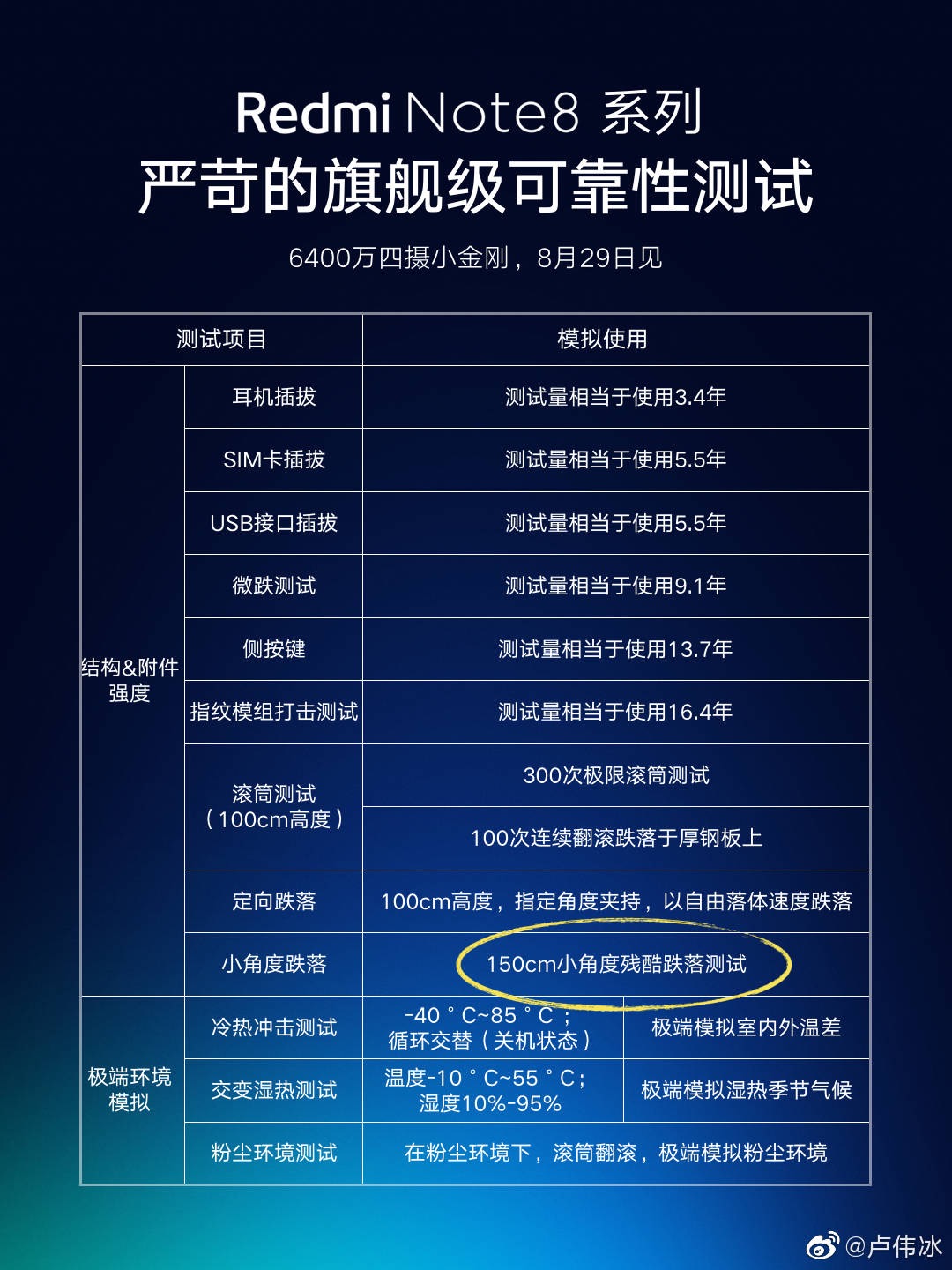 Table of protections that Redmi Note 8 has.

In addition, Lu Weibing has added that the buttons of the new Redmi Note 8 have a lifespan equivalent to 16 years of normal use , also integrating in their connections such as USB, headphone jack or the flag for the SIM card, various silicone protections to cushion bumps and stop wear after constant use. As if that were not enough, the USB socket itself, which in this case will be of type C, will have various protections against short circuits , heating or burns . 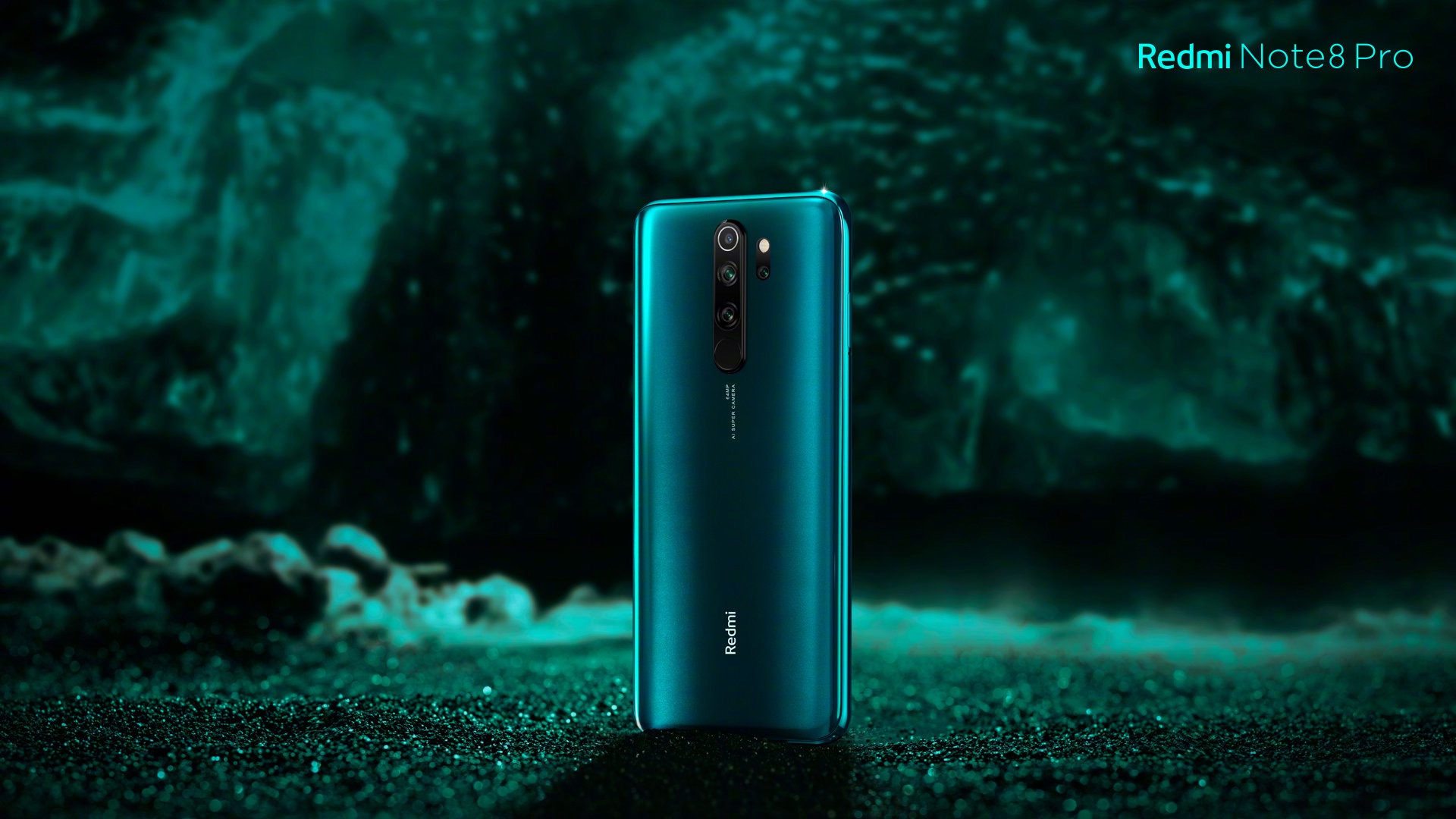 Likewise, this new range will maintain the P2i protection seen for the first time in the Redmi Note 7. An impermeable layer that repels water droplets , as well as any liquid from the surface of the device. An extra security that although it does not certify the impermeability of the smartphone, if it gives us an extra security against the most common accidents.

Undoubtedly, Xiaomi and in this case, Redmi, continue to improve the quality of their smartphones , not only at the level of functionalities and internal components, but in terms of finishes and design refers. Also moving away every day from that idea that many had a few years ago, considering it a cheap Chinese brand of poor quality.