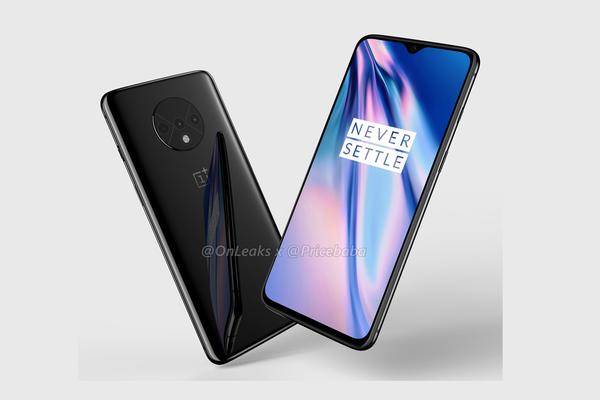 New render images show that the OnePlus 7T will probably receive a triple camera – and thus an upgrade compared to the dual-cam of the OnePlus 7.

The renderings were distributed by Pricebaba in collaboration with the famous Leaker OnLeaks. The 360-degree render images show a triple camera – standard, zoom and ultra wide angle – in a round design with lenses in horizontal orientation . The LED flash is mounted directly under the lenses. That would be an upgrade from the OnePlus 7 with its dual camera set-up, consisting of main camera and depth sensor.

With the remaining equipment it is to give however hardly any differences to the 7er standard model: Also the OnePlus 7T is likely to have a 6.4-inch display with waterdrop Notch, processor and memory will probably remain unchanged. Say: Snapdragon 855 and up to 8 GB of RAM.

Rumor has it that OnePlus is also working on a special McLaren "Senna" Edition (named after Ayrton Senna, multiple Brazilian Formula 1 World Champion), although details are still unknown. Last year, the manufacturer of his special edition donated a fast-charging function. It is also conceivable that this year, apart from a new color, no technical improvements are planned for the "Senna" edition.

The OnePlus 7T is expected to be released on September 26, along with the first ever Chinese TV – the OnePlus TV. Then we'll know if the OnePlus 7T will come up with other enhancements aside from a camera upgrade.