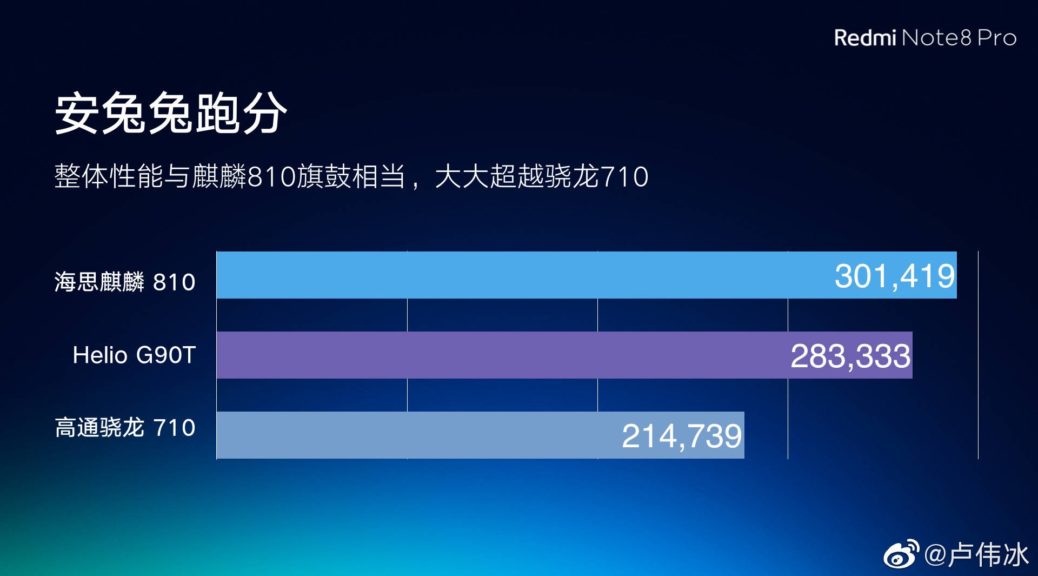 Lu Weibing continues to give us clues as to how the new Note 8 range will finally be, a new generation formed by the Redmi Note 8 and the Redmi Note 8 Pro which now confirms its innovative liquid cooling system, its large battery and its system of antenna placement.

Don't forget to join our Telegram group regarding the new Redmi Note 8 : @ redminote8xiaomi

Specifically it was during this morning when the CEO of Redmi has "bombarded" us on the Weibo social network with new publications and images in relation to the Redmi Note 8 Pro. A new marketing strategy that is likely to be given by the low acceptance that is having this new generation , especially due to its MediaTek processor.

Superior performance to Snapdragon 710 and almost at par 845

The first data that Lu Weibing has revealed to us is the power of the Redmi Note 8 Pro. And it is that, once again the presence of the MediaTek Helio G90T is confirmed in its interior, being in doubt if it will also be so in the Redmi Note 8. 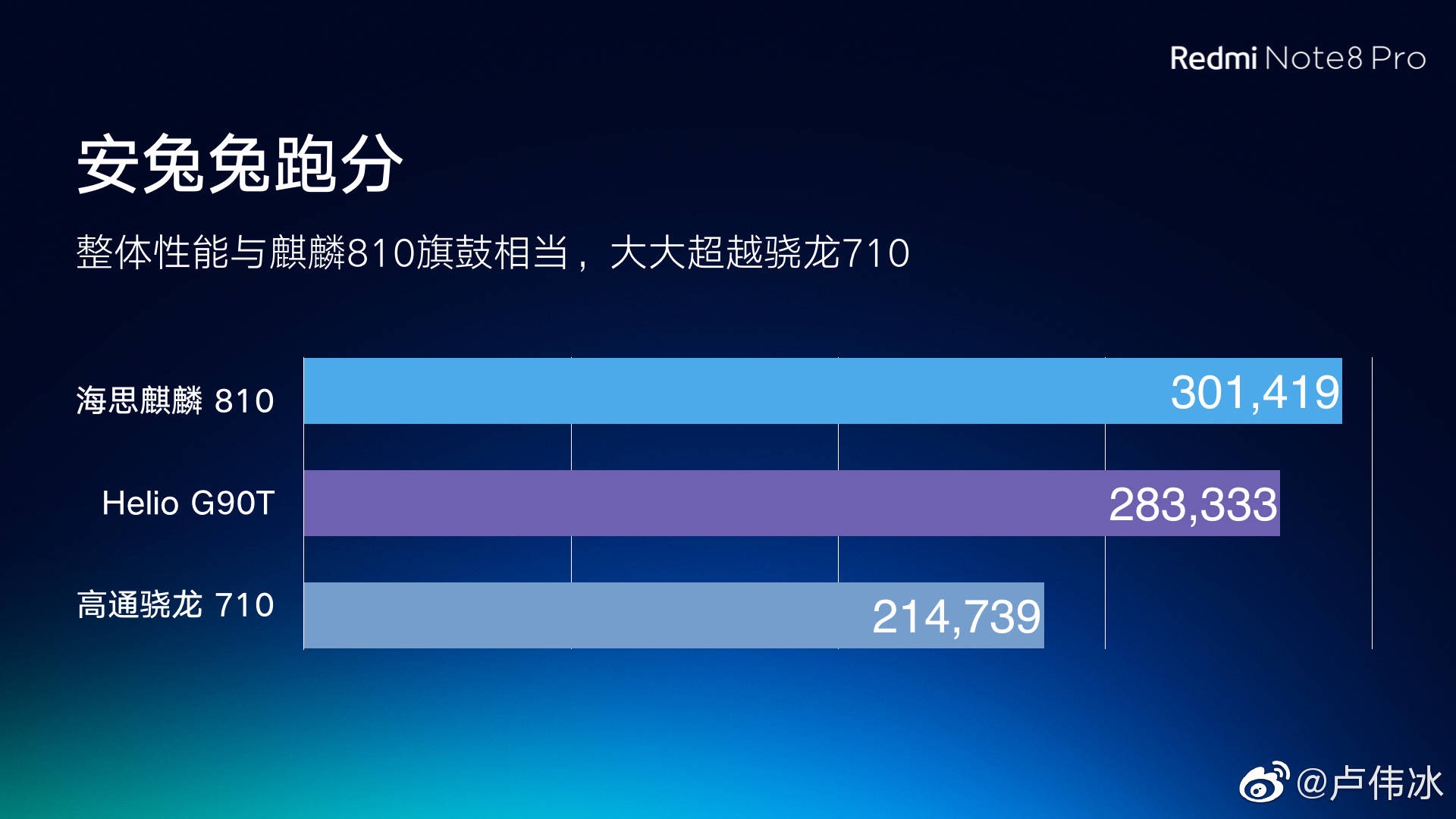 MediaTek Helio G90T performance against the Kirin 810 and Snapdragon 710.

For its part, the CEO of Redmi has wanted to highlight the great performance of this new MediaTek processor, especially for its clear objective aimed primarily at video games, throwing a performance superior to Snapdragon 710 and very similar to the Xiaomi Mi 8.

And, as we can see on these lines, the Redmi Note 8 Pro achieves a score of 283,333 points in AnTuTu , very close to the 297,001 points obtained by the Snapdragon 845 present in the Xiaomi Mi 8 according to the latest reports of the benchmark platform.

Another novelty of the Redmi Note 8 Pro will be its cooling system. A powerful mechanism of liquid cooling type that will guarantee optimum temperatures, we can still spend long hours playing our favorite video game.

Undoubtedly, one more way to get our attention but that is probably due to the overheating that a large part of MediaTek processors usually have. A measure that we do not say is bad, but that partly tries to "hide" a problem that probably also has the MediaTek Helio G90T. 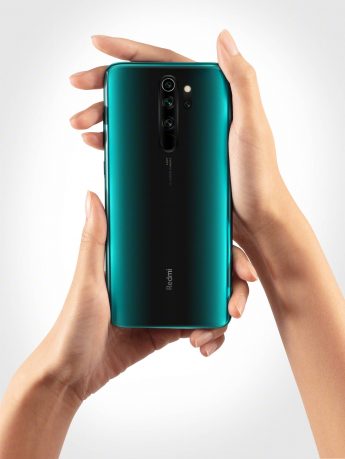 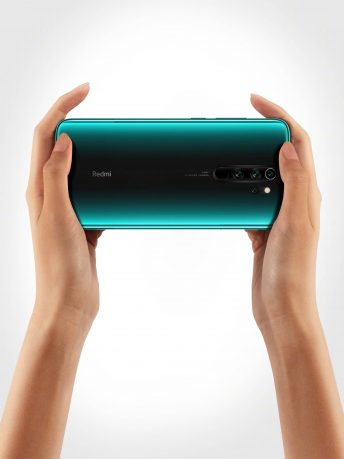 Likewise and without any argument against it, the unexpected Redmi Note 8 Pro will arrive with a new antenna placement system , thus allowing its grip in virtually any way. Whether on the side, covering all its edges with our hands or using it in a conventional way, this new mobile device will have one of the best covers we have seen in a smartphone of the Chinese firm.

Finally, Lu Weibing informs us of three new details that this new generation will have. Three aspects that tell us even more clearly that the Redmi Note 8 Pro will be a smartphone to play. 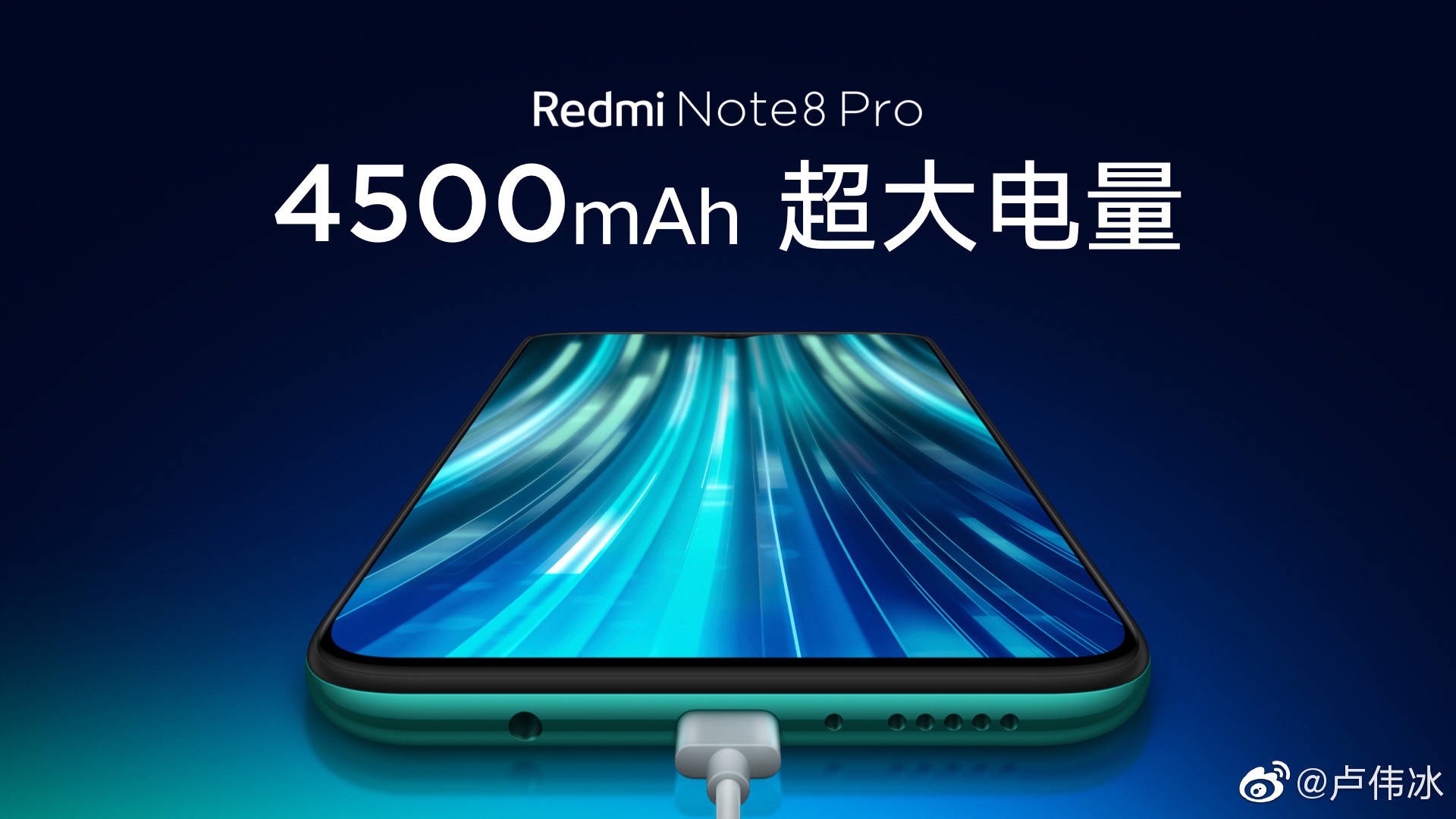 And, finally, the battery of the Pro model will be 4,500mAh . A great capacity that together with its possibility of using the Black Shark GamePad , as well as the support for the use of the Game Turbo 2.0 mode, will give us a fairly good gaming experience, even in the case of a mid-range smartphone.

And then, will Redmi Note 8 also have a MediaTek processor?

For now, practically all the publications that Lu Weibing has made, as well as the company itself, make us think that it will only be the Pro model that receives the MediaTek Helio G90T processor. And, in none of the previous cases is reference to the “standard” model making us think that the Xiaomi sub-brand could have other plans for the Redmi Note 8 .

Still we have to be cautious and wait for this next August 29, the day in which these two new smartphones will be announced, both the Redmi Note 8 and the Redmi Note 8 Pro. Two new models that could give a significant change in its Global version as it has already happened with other smartphones of the company.