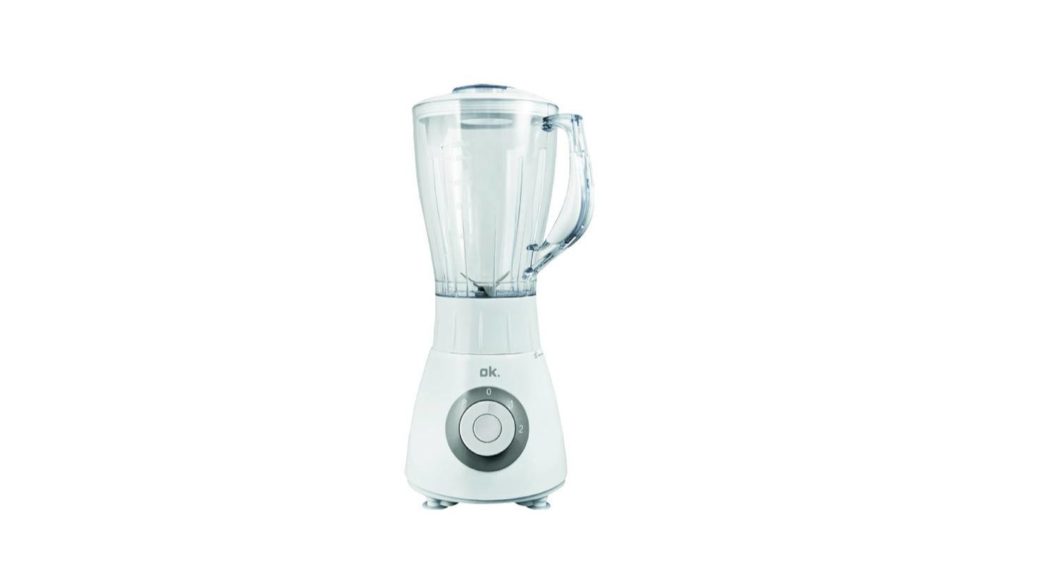 A new blender is her. But in the electronics store, you are spoiled for choice between countless different devices. The price range extends from 20 euros for a small smoothie maker to almost 1,000 euros for a high-performance mixer. We have examined six models from cheap to luxurious for a comparison.

Note: All prices and information are as of 12th August 2019.

If you only occasionally make a smoothie or crush vegetables and fruits, then a cheap model like the OK blender OMX 2210 W is enough. He also has two function levels and a pulse switch. If this is pressed, the device mixes faster for a short time. With its 600 watts and a speed of 18,500 revolutions per minute, it is well suited to mix drinks and soft foods.

However, despite the use of stainless steel blades, the OMX 2210 W is not suitable for crushing hard ingredients such as crushed ice and nuts. The OK blender holds 1.5 liters.

The blender from OK is a solid mixer for a small price.

For just under 90 euros, the Braun JB 5160 already has a lot more in its luggage. Thanks to a specially angled mixing container in combination with a higher positioning of the knives, the manufacturer promises perfect mixing of the ingredients. Coupled with its 1,000 watts, even hard foods have no chance. Especially convenient: The JB 5160 has pre-set programs on board.

If you want to make a soup, a smoothie or a puree, you only have to select the corresponding function on the display. The mixer adjusts the speed and duration of the mixing process accordingly. In addition, he can run in eleven stages. The mixing container, which holds 1.6 liters, is made of durable ThermoResist glass and therefore has no problem with hot ingredients.

The AEG Gourmet 7 mixer has a little less watts on board than the cheaper Braun mixer. But he makes up for it with his PowerTilt technology. AEG uses a 10-degree angle when mixing , which should significantly improve the result. This allows the ingredients to be mixed more slowly so that the nutrients and colors of the ingredients are better preserved.

Like the Braun device, the AEG Gourmet 7 mixer has recipe programs on board for drinks, smoothies, soups and crushed ice. The selection you make on the touch screen, which is illuminated with LED. A switchable pulse function is supposed to guarantee the perfect consistency. The 1.5 liter titanium pitcher is heat resistant. The mixer's accessories include a juice filter, multi-purpose chopper and a carry-on bottle.

With 2,000 watts under the hood and 45,000 revolutions per minute, the Philips Innergizer HR 3865/00 is one of the real heavyweights among hand mixers. Finest mix results are guaranteed. In addition, the ProBlend Extreme technology is designed to ensure that 97 percent of the nutrients from the fruit and vegetable cells are released during the mixing process.

On the digital display you have the choice between five pre-programmed modes – from soups to sorbet to crushed ice. But of course you can also use the Innergizer in manual mode. The delivery also includes a recipe book containing 40 smoothie recipes. Since the Tritan container holds two liters, the Philips HR 3865/00 should be especially interesting for large families.

KitchenAid Artisan Power Plus for 540 euros

While KitchenAid is best known for its universal food processors, the US manufacturer also has many other kitchen appliances on offer. Including the KitchenAid Artisan Power Plus 5KSB8270ECA. He topped the Philips Innergizer with a considerable capacity of 2.6 liters in his thermo container with scale. In terms of wattage and revolutions, it is behind the Philips mixer. But its powerful 3.5 hp motor shreds hard, fibrous, dried and frozen ingredients without any problem.

Of course, at the price level he also has pre-set mixing programs on board. The four modes include smoothies, juices, soups and a cleansing course. In addition, you can choose by hand between eleven speeds.

As a luxury device among the blenders, the Bianco Gusto stands out purely in terms of price. It is aimed at a demanding clientele – from amateur chefs to restaurateurs. Although its 1,200 watts of power are in the midfield, the 2-horsepower brushless magnet motor is capable of shredding everything, bringing the six stainless steel blades to the lens.

Because the magnet motor has according to manufacturer a 400 per cent stronger torque than a classical engine. Thus, the blender can also easily handle doughs. A special feature: The Bianco Gusto performs its work with 72 decibels very quietly, since during the mixing process no mechanical friction takes place. The magnetic motor also has the edge in energy efficiency.

On the touch display, users have the choice between six automatic programs for common foods such as soups or shakes. Manually, the user can use 10 levels. Supplied with two mixing bowls: The Premium holds two liters and is intended for the preparation of warm soups, while the Canto is suitable with 1.5 liter volume for the production of smoothies and the grinding of coffee or grain. In addition, there is a rammer, which is to remove air bubbles from dough and Co.