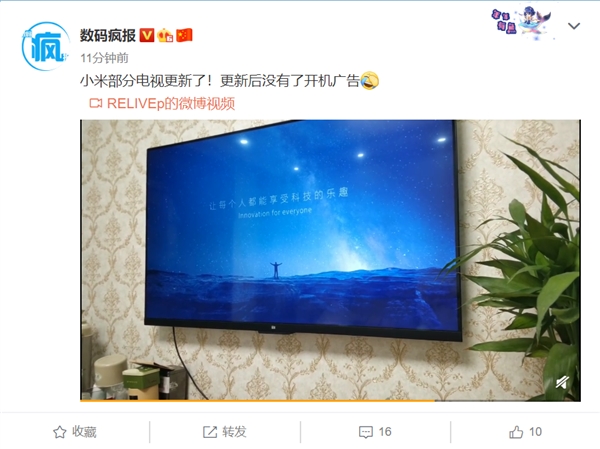 In addition to a large catalog of smartphones, Xiaomi has several smart TVs (Smart TV) equipped with a large number of technologies and functionalities that already enjoy becoming the best sellers in China and India . A device practically indispensable for any home that now receives new improvements such as the fact of eliminating its advertising and supporting video calls .

One of Xiaomi's latest commitments has been the fact of gradually eliminating the advertising present in MIUI . A big change that the users of the famous personalization layer asked for and that now seems to have arrived in the same way to the Mi TVs of the Chinese company.

Specifically, every time a Xiaomi TV was started, advertising appeared for a few seconds. Whether through third-party advertising or Xiaomi itself, users had to wait for around 15 seconds until the reproduction of these ads was over in order to make use of the TV's functionalities.

New home screen after the update of the Xiaomi Mi TV.

Now, thanks to the last update received, this annoying advertising has been removed to show a new home screen that as we can see in the image above shows a new image with the text “Let everyone enjoy the fun of technology "

In addition to the elimination of startup advertising, Li Xiaoshuang , general manager of the Xiaomi TV department has announced that his televisions will be able to make video calls. Specifically, this new functionality still in the test phase will allow video calls between Xiaomi TVs and smartphones or between the TVs themselves.

A new function that is added to the rest of the functionalities of the Xiaomi TVs, being every day much more attractive to the general public , which no doubt cries out to reach Europe and the rest of the world, beyond China and India