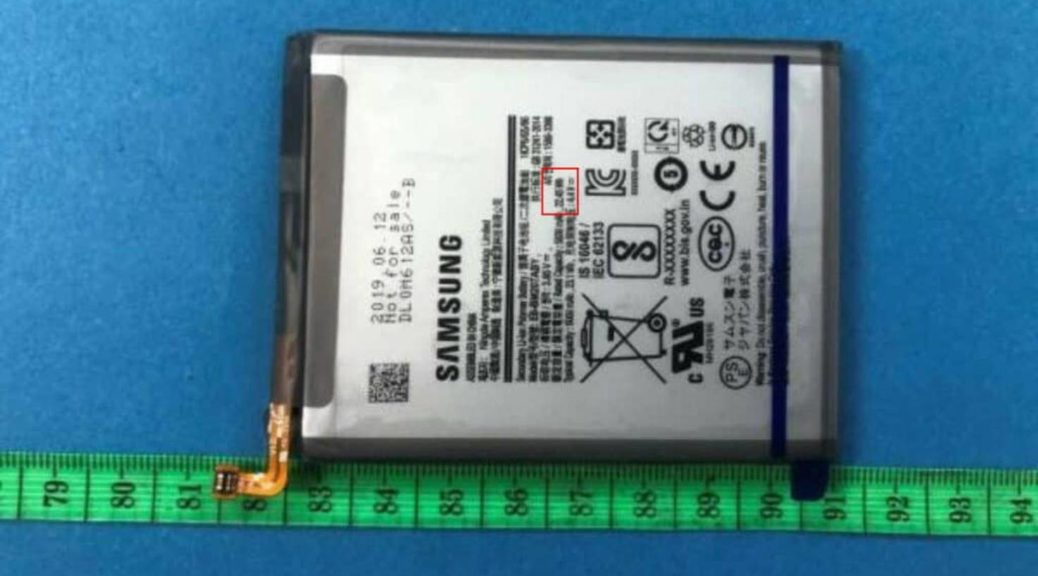 AndroidAuthority reports on the find with reference to the Dutch site GalaxyClub. Since the picture has not too high resolution, the product name can only be guessed. This could be "EB-BM207ABY", where "M207" might be related to "SM-207", which in turn implies the Galaxy M20S.

Manufacturers such as Nubia with the Red Magic 3 or Asus with the Zenfone 6 have integrated a battery with a capacity of 5,000 mAh in their devices – but 6,000 mAh would be another very different house number. For comparison: In the just introduced Galaxy Note 10+ performs a battery with 4,300 mAh capacity their service.

It is noteworthy that the battery seen in the picture hardly larger than a normal and average smartphone battery fails. Therefore, the component is quite powerful, so it is to be assumed that a possible smartphone should not be among the slenderest representatives.

However, little is known about the Galaxy M20S, in which the lush battery could be used – except that it is part of the "M" series, which appeals especially to the target group Millennials. Features: cheap and exclusively online to buy. If and when Samsung could actually publish its first smartphone with 6,000 mAh battery remains uncertain.

Is this really the powerful battery that could be installed in the Samsung Galaxy M20S?