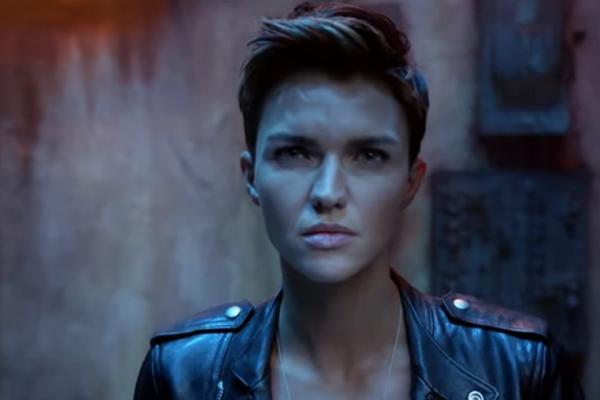 Ruby Rose is on guard. In the new "Batwoman" teaser, her character Kate Kane already warns us: Humans are not always who they seem to be. Is she referring to the alter ego of her cousin Bruce Wayne, who disappears in the new series and leaves her the content of his Bat-Cave?

But she could also mean herself, because Kate will first have to get used to her secret identity as a "Batwoman". However, apart from the mysterious warning in the teaser, there is little new to see. After all, meanwhile, a launch date for the series on the US channel CW is known: From Sunday, October 9, "Batwoman" goes there weekly on the air.

In "Batwoman" the dark knight is lost

With this, Ruby Rose is the first homosexual super heroine. "Batwoman" is part of the series "Crisis on Infinite Earths", which is intended to provide crossovers for various DC comics. The plot takes place three years after Batman's disappearance, after which Gotham City was overrun by crime. As Kate Kane, Ruby Rose plays the daughter of an entrepreneur who grew up after a family disaster outside the city and now returns to Gotham.

For the first time, Ruby Rose appeared as Batwoman in the "Elseworlds" crossover between "Arrow", "The Flash" and "Supergirl". Feedback from the fans seemed to be extremely positive, so CW decided to produce a standalone series. Whether and when "Batwoman" will be broadcast in Germany is unknown. On platforms such as iTunes, however, they can also be purchased digitally in this country shortly after the US start episodes.