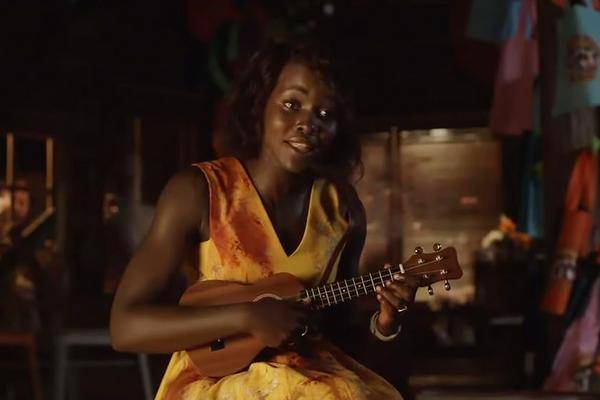 What happens if a kindergarten outing is suddenly interrupted by a zombie epidemic? The trailer for "Little Monsters" shows us very bloody and very entertaining in mind. In the thick of it: "we" star Lupita Nyong'o, who can almost reach the stage with "The Walking Dead" lover Michonne.

Fortunately, it's only slow zombies – not fast ones – that Miss Caroline (Nyong'o) and Co. are dealing with in the trailer for "Little Monsters". Anything else would be devastating, because the approaching soldiers have been so much trouble with the drooling undead …

Everything just a jam fight …

The governess must therefore take the rescue of their wards in their own hands. Of course, the mood of the five-year-old should not tip over. That's why Miss Caroline simply explains to her kindergarten group that the whole zombie thing is a particularly interesting version of the catching game. As she stands after a powerful clash with various undead blood smeared again with the little ones on the mat, the figure has a very special explanation ready: "I've fallen into a jam fight." But, very important: "Do not try, ok?"

Anyone who feels reminded of this action somehow of a mix of "The Walking Dead", "Shaun of the Dead" and "Zombieland" is certainly not entirely wrong. Director Abe Forsythe ("Down Under") has obviously pulled out all the stops to make his horror comedy as crazy as possible. With success: on the rating platform Rotten Tomatoes the film currently holds a rating of an impressive 93 percent .

For Nyong'o, the bizarre-funny performance as Miss Caroline offers a welcome opportunity to prove her versatility. Most recently, the actress disturbed the moviegoers as Adelaide / Red in Jordan Peele's "We" , in "Black Panther" she was seen as a warrior Nakia.