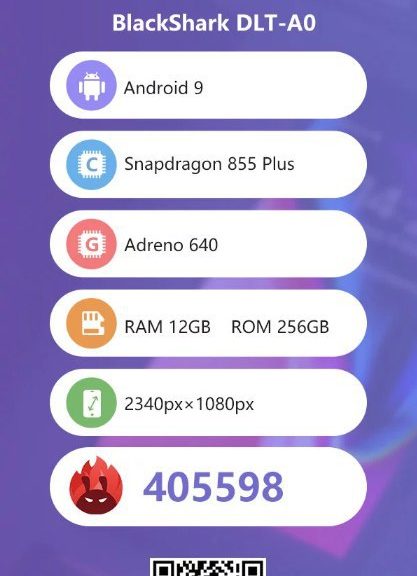 This next July 30, the Xiaomi sub-brand dedicated to Gaming will launch its new Black Shark 2 Pro . A new smartphone that will exclusively bring the Snapdragon 855+ , Qualcomm's most powerful current processor.

Since we learned of its existence, little by little we have been knowing part of its characteristics, not only its powerful processor but also its 120Hz screen . Now, according to a new filtration, we know that its performance will become the highest seen to date in San AnTuTu .

In concrete, as we can see in the following screenshot, the Black Shark 2 Pro will have the highest score in history. In total, this new smartphone gets 405,598 points , surpassing the Redmi K20 Pro or the flagship Xiaomi Mi 9.

Even so, for now we do not know more details of its internal characteristics although it is expected to have a design very similar to the current Black Shark 2 .