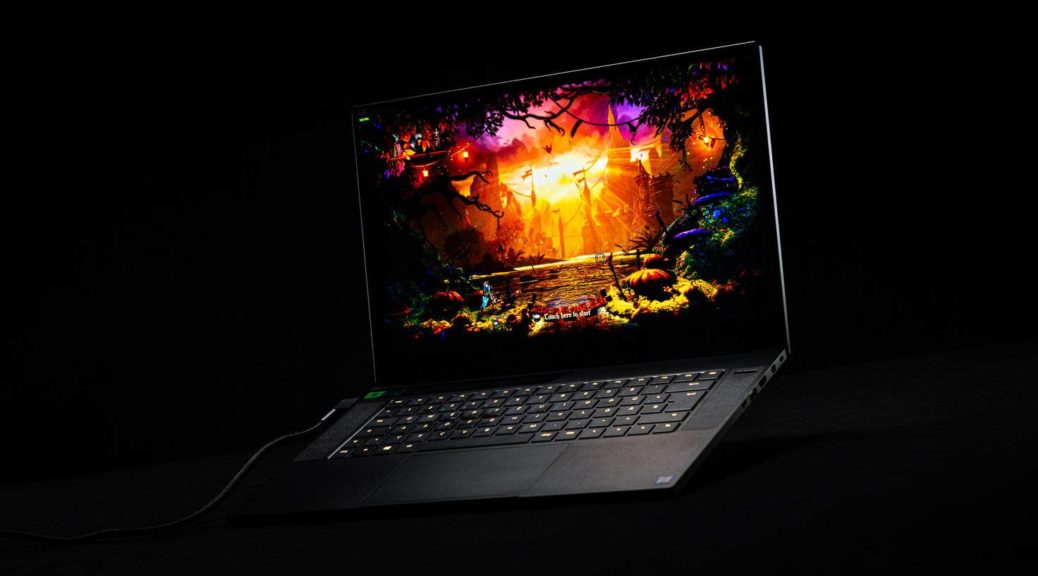 In 2019, a series of laptops with OLED displays will hit the market. Compared to the widespread IPS technology, OLED also has some advantages for notebooks. This screen type is not the right thing for every user. We explain the advantages and disadvantages of OLED panels.

For TVs they have been around for quite some time: the high-contrast OLED displays with their self-luminous pixels. This year, they are increasingly finding their way into notebooks – after a long history , when the panels there were a rare exception. Meanwhile, there is currently only one OLED PC monitor in the free trade, but it should be more. But are OLED panels for computer users even a good idea or outweigh the disadvantages?

Advantages of OLED screens in laptops

You can already see some of the OLED advantages at first glance. These include the high contrast and the perfect black level. That's how the colors shine and the deep black night looks really deep black. Incidentally, the colors literally shine, because the colored pixels radiate by themselves – without backlight, as you know from LCD screens. The perfect black value is due to the fact that the OLEDs remain switched off with dark contents. On the other hand, with LCD, the backlight remains on.

Obviously is also the very good viewing angle stability. OLED displays can thus be viewed by several viewers, such as when a train is running on the train. Some see this as a disadvantage, as the seat neighbor gets a look at their own laptop documents. However, you are not immune to it even with TN panels – here are more likely to recommend certain screen protectors or the renunciation of public in the too confidential files.

An advantage of OLED displays is also what you do not see … namely backlight bleeding. This term refers to the illumination of dark screen content caused by the backlighting of LCD displays. In gaming, you notice the short response times of OLED panels. The response time indicates how long a pixel takes to switch from one state to another.

For HDR content such as "Shadow of the Tomb Raider" OLED is particularly well suited.

The Samsung panel, which will be installed in most OLED laptops from 2019, provides response times of 2.6 milliseconds for switching from gray-to-gray and 2.3 ms for black-to-white, according to Notebookcheck . LCD panels are usually more than 10 ms, which would be very good. Such a short response time as with OLED displays contributes to a sharp and streak-free image.

Disadvantages of OLED displays in laptops

OLED displays so neat impression. Not only professional users should have their disadvantages in mind, too. So while there are already smartphone and TV OLED panels with a refresh rate of 120 Hz, but for laptops and PC monitors, they are not yet offered. The available 60 Hz panels are not optimal for gamers, so movements are slower and less sharp.

The response times are short, the refresh rate is in current OLED laptop displays but only at 60 Hz – for more leisurely games like "Jurassic World Evolution" no problem.

Last but not least, OLED panels consume more energy than their IPS counterparts and so the laptop battery is drained faster. As with televisions, there is also the possibility of burning in content that is displayed statically for a long time. In contrast to TV content such as movies and TV series, the risk is higher for laptops and PC monitors, as content is often left unaltered on the screen for a long time. Just think of white areas in Word documents or the lines in Excel spreadsheets. In some computer games, the HUD displays (such as the life energy) are seen in the same place a longer time.

The manufacturer Asus has pointed out this problem to us. Thus, the burn-in problem "over time lead to color distortions and thereby prevent even a color space certification." The organic light-emitting diodes also become old over the years and lose their luminosity. With aging subpixels, color shifts can occur at some point. How big the problem with the burn-in and OLED aging really is, has not yet been clarified for the laptop panels. OLED TVs have become more durable over the years and manufacturers have come up with a few software tricks to keep the displays from burning in. For example, bright white areas are automatically darkened.

Then there is the phenomenon of Pulse-Width Modulation (PWM), which is used in OLED displays to regulate the brightness. The screen flickers at a speed invisible to the viewer, reducing screen brightness. This is not a problem for every user, but some users are sensitive to PMW and get headaches and eye pains. For them OLED panels are currently unsuitable. Although PMW is also used on some IPS displays, not all.

Static content such as the HUD ads in games can eventually burn into OLEDs.

Finally, the so-called "brightness distribution" in OLED panels, as well as LCD panels, not necessarily convincing. This means that some areas of the screen are brighter than others, even though the same content is displayed. In fact, Samsung's 4K OLED panel, which is commonly used on laptops at the moment, does not provide a very good brightness distribution, as Notebookcheck has discovered . Last but not least, the OLED laptops are still missing with a cover of the AdobeRGB color space for professional image processing. However, this would be technically possible.

For whom are OLED displays suitable?

Content looks better on OLED displays. This is due to the self-luminous pixels, which provide a high contrast, a perfect black level and bright colors. Above all, those who like to consume media content on their laptops, such as watching videos, surfing the Internet and looking at photos, can appreciate this. Even video games make on OLED screens a lot, but are currently slowed down by the maximum of 60 Hz. OLED displays with DCI-P3 color space coverage are also suitable for video editing.

Conclusion : Current OLED panels are very well suited for users who use their laptop especially for media consumption and video editing.

For whom are IPS displays suitable?

Higher refresh rates than 60 Hz are not the first OLED panels for laptops, here IPS is the better choice.

With no threat of static content, even eager office users could be better off with IPS – but there is still a lack of long-term testing with the latest OLED panels. The PWM-sensitive users should better access the IPS screens without PWM.

Conclusion : IPS displays over 60 Hz are better for more demanding gamers, while IPS screens with AdobeRGB coverage are the better choice for professional photo editing. In general, anyone worried about burning static content is more prone to IPS. And of course the users who are sensitive to PWM – they have to resort to an IPS display that does without PMW.

The alternatives: TN and VA displays

In addition to IPS and OLED displays, there are TN and VA screens. TN (Twisted Nematic) screens weaken in terms of viewing angle stability and color reproduction, but response times and input lag are generally good and energy consumption is low. VA panels are a kind of compromise between TN and IPS and are used on some gaming laptops.