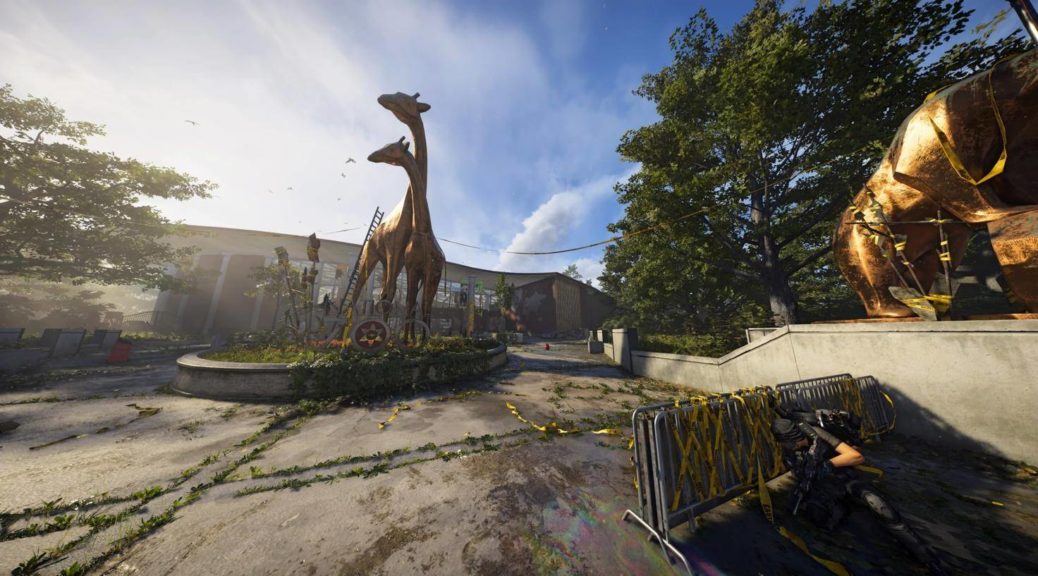 The new Title Update 5 is now available in "The Division 2". It brings new DLC content for the shooter, which is instantly playable for holders of the Year-1 Pass. You will find out here what these are and from when all players have access to them.

With the addition of episode 1, "The Division 2" receives new content: major missions, secret assignments, and a whole new activity will give players more to do in the future. At the same time, Title Update 5 brings new features into the game, which also affect the previous gameplay. Massive Entertainment has posted a description of any changes to Reddit .

When will the new content be available to all players?

Title Update 5 for "The Division 2" has been available for download since July 23rd. The content of Episode 1 is included and is now available to holders of the Year-1 Pass. All other players will be given access seven days later, beginning on July 30th. All other contents of the update are already available to all players.

What is included in Episode 1?

In the first of three episodes of new content for The Division 2, there are some new areas to discover.

Orders at Manning National Zoo and Camp White Oak are two new major missions that continue the story of "The Division 2". At the zoo, you play against the outcasts, the camp is held by the Black Tusk.

"The Division 2": New territories – off to the zoo!

The so-called expeditions are completely new in "The Division 2". By helicopter you will be flown into an area where a multi-level mission awaits you and your team.

With the Central Aquarium and the NSA Site B13, Episode 1 also brings two new Classified Assignments in "The Division 2". For the time being, these will be available exclusively to Year-1 pass holders. Secret jobs are especially interesting in the story and reveal background information on the game world of "The Division 2".

What else is in Title Update 5?

The new update brings many changes that affect existing content. Therefore, the update is immediately important to all players, not just the holders of the Year-1 Pass. We summarize the most important innovations for you.

The update brings two completely new weapons to "The Division 2":

Furthermore, shotguns in PvE more effective, but weaker in PvP. In addition, a flashlight is introduced as a gun mod and revised the crafting system.

The exotics are now dropped under certain conditions by heroic bosses. The exact conditions you read here .

Changes to the skill system

Title Update 5 will introduce significant changes to the skill system to generally enhance skills. The developers want to increase their importance over item builds that focus on pure firepower. Skills should become a better alternative to form your own build. First and foremost, the properties of the mods and the cooldown times are modified. Detailed information on how each skill is changed can be found on The Division 2 website.

Raid gets new level of difficulty with matchmaking

In order to reduce the entry hurdle of the "Operation Dark Hours" raid, the new update introduces the simpler difficulty level "Discovery Mode". In it, you can also join a raid by matchmaking, explore it or train individual sections. In this mode, however, no Raid-specific items are available, they continue to drop only in the higher difficulty levels.

Protector System: Who helps, gets rewards

"The Division 2": Help other players for rewards.

The new protector system is meant to reward "The Division 2" players who help others when requesting reinforcement in the game. If you now respond to requests via the player search, you have the option of increasing your Protector status to 99 and receiving rewards.

If you respond to a call for help and actively support another player, an assistant bar fills up as you collect EXP together. There is also a new timer on the mega-map's SHD tab. Each time this expires, you will receive a reward as your Protector status has increased.