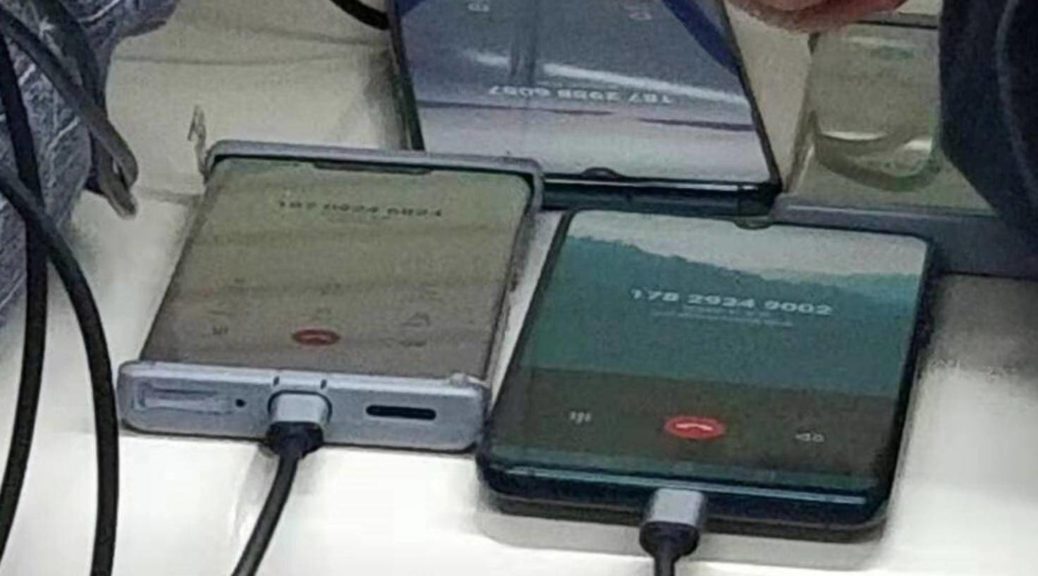 The upcoming flagship Huawei Mate 30 Pro has appeared in a Chinese subway. The design corresponds to previous leaks, but the photo reveals new information about the ports of the smartphone.

Somewhere in a Chinese suburban or suburban train, the Huawei Mate 30 Pro was lying on a seat and being charged. There were also two copies of the Mate 20 X 5G next to it. This is what PhoneArena writes with reference to a photo published on Slashleaks . The two users, probably Huawei employees, were distracted when someone snapped a photo of the devices. However, the Huawei P30 Pro is in a thick shell.

With wide notch and speakers next to the USB-C port

The display edges of the Mate 30 Pro are rounded according to the dual-edge principle and the top is a wide Notch make out. This is supposed to include Face ID-like sensors, but that can not be judged by the photo. On the bottom of the USB-C port is attached, right next to it apparently a speaker. The Mate 20 Pro still accommodated the speaker in the USB-C port, resulting in a moderate sound quality. Huawei does not use a headphone jack with the smartphone.

A look at the back does not allow the new photo. There are four cameras arranged in a circle to be installed, accompanied by an LED flash – as seen in the above render image. The new Kirin 990 is expected to serve as the processor, rumors also speak of 8 GB of RAM and 128 GB of internal memory in the entry-level model. The Huawei Mate 30 Pro is expected to be released towards the end of October and may ship with Android 10 Q.