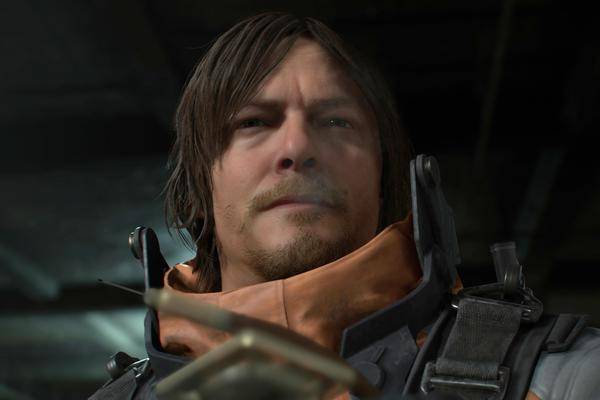 At the San Diego Comic-Con 2019 Hideo Kojima revealed new details about “Death Stranding”, the upcoming PS4 adventure of the “Metal Gear” creator. Among other things, the developer revealed news about the character Heartman, who has to die every 21 minutes in the game.

Heartman’s appearance in “Death Stranding” was modelled on that of filmmaker Nicolas Winding Refn, who is a friend of Kojima and according to IGN also conducted the interview at the SDCC. In the beginning a new video from “Death Stranding” was shown at the convention. In this Heartman talks to the character Sam, represented by Norman Reedus, and explains his situation.

Openly, Heartman has a “special” heart that stops beating every 21 minutes – so he has to die 60 times a day. After each death Heartman spends three minutes on the “other side”, purgatory. He uses this time to look for his family, which he lost in the “‘Death Stranding’ incident”. A device on his chest invigorates him every time. In an interview with Sam, Heartman explains that he therefore collects music and films that he can enjoy within about 20 minutes.

Del Toro and Refn don’t play their figures themselves

Just like the character of Oscar-winning Guillermo Del Toro, also a filmmaker friend of Kojima, Refn only lent his face to the character Heartman in “Death Stranding”. Another actor brought the character to life by motion capturing. “The Walking Dead” star Norman Reedus played the role of Sam completely himself.

Hideo Kojima’s “Death Stranding” will be released on November 8, 2019 exclusively for PS4.