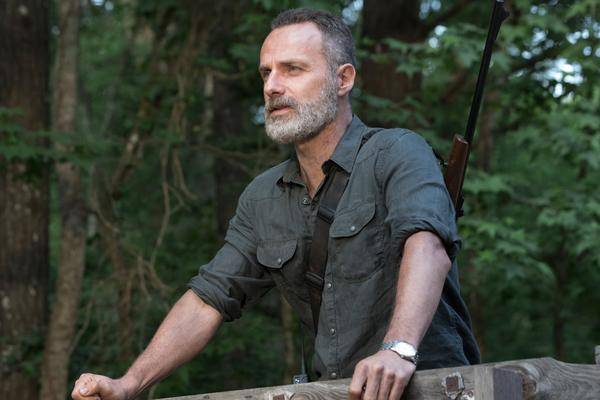 “The Walking Dead”-fans have had the certainty for quite some time that Andrew Lincoln, the darling of the audience, will remain with them despite his retirement from the series: It is well known that several films about his character Rick Grimes are in progress. First of all there is now finally a Teaser.

The silhouette of a city. A helicopter. The Walking Dead logo. Threatening background music. Granted: It’s not much what the recently released teaser clip shows us. But: For series fans the fade in at the end should make up for that.

“Rick Grimes is returning – only in the cinema”, promises the producing channel AMC, which is realizing the films about the popular ex “TWD” hero together with Universal Pictures and Skybound. The fact that the long-awaited return of Rick Grimes actor Andrew Lincoln to the big screen was not yet known – fans were more likely to expect a series of television films to be screened on AMC.

The makers are planning a total of three full-length adventures from the “The Walking Dead” universe according to Hollywood Reporter and all three are to be shown in cinemas. Under which title is currently still unknown – the phrase “Untitled The Walking Dead Movie” is currently the highest of the feelings in this regard. A cinema release is still pending. And finally it remains to be seen what it will look like with a possible German dubbed version.