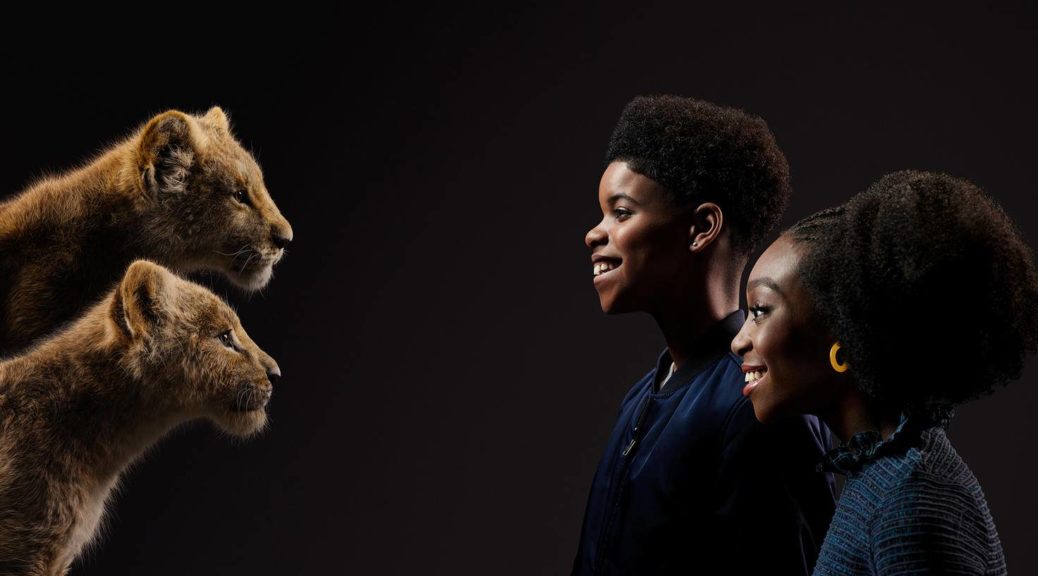 With the "The Lion King" real-life adaptation, Jon Favreau has faced a mammoth task: The original from the year 1994 is the most commercially successful animated cartoon ever. I was all the more skeptical about whether a live action remake of the template can do justice. My criticism provides information.

Watch out for "Lion King" fans

For the theatrical release on the 17th of July, we are giving away three fan packages of Disney consisting of notebook, baseball cap, gym bag and magnetic picture frame. Write us your impression of the new movie under this article in the comments up to and including July 31st . We give one of the packages to the three most entertaining commentators.

The eternal circle of life

I did not look forward to any real filming of Disney like "The Lion King". My expectations of Jon Favreau's work were correspondingly high. The first trailer made me optimistic, he was very close to the cartoon classic. A certain skepticism remained nevertheless: The film of 1994 is only 88 minutes long. Favreau inflated his live-action remake to 118 minutes.

And what can I say: Jon Favreau did a damn good job! In 2016 he proved that he masters real film adaptations with "The Jungle Book". He has once again surpassed "The Lion King".

I do not want to say many words about the story. After all, everyone knows the story of the little lion Simba, who loses his father, is driven out by his evil uncle Scar and finally takes his place in the eternal circle of life.

"The Lion King" as an impressive animal documentary

The director has taken the term "Realverfilmung" seriously. If we ignore the fact that "The Lion King" is full of talking animals, Favreau has deleted all the fantastic elements from the cartoon. Again and again, the remake looks like a breathtaking animal documentary. The outstanding and detailed look of the animals meets authentic behavior!

Already in the cartoon the behavior of the lions, hyenas and other animals seems more or less real. The real film takes a big step forward and has documentary features. For example, while Simba and Nala are shouting "I Just Can not Wait to Be King," they run back and forth between the legs of the herd animals. On motley animal pyramids and hopping tirades across giraffe heads as in animated cartoon Favreau renounces in favor of realistic scenes.

So later, when Simba arrives together with Nala, Timon and Pumbaa on the royal rock. Timon does not do a hula dance to distract the hyenas, he just poses with his best friend in front of the voracious enemies – and agrees "Be a guest" from "Beauty and the Beast" . A reference to the most successful Realverfilmung the Disney films.

New is not always better: the music

A key element in the original was the soundtrack – this is also true in the live action remake. Only the music carries the film, which is why I was all the more excited about the songs. In the run-up it was announced that Elton John, Hans Zimmer and Tim Rice get involved again. "They need a new song for the credits," said Elton John in late 2018 . He delivered this song with "Never Too Late" – and really disappointed me with that. The song did not pick me up at all and seems out of place. On "Can You Feel the Love Tonight", the song is not nearly approaching. It's a pity, because if someone is a hit, then Sir Elton John.

Better came Beyoncé's new song "Spirit" with me. He can be heard only briefly within the film, but fits better into the scenery. However, I can not shake off the feeling that the filmmakers thought, "Oh, Beyoncé is in the cast, let's write her a song." In my opinion she could have sung "Halo" too. "Spirit" is not a bad song, on the contrary. But he's also a typical Beyoncé song.

Luckily, there are also the songs of the original to hear. "Circle of Life" provided goose bumps right from the start. I also liked "Be Prepared", although the song has been reinterpreted. Only here and there does the original song shine through. But I would almost say that I find the new version better than the one from 1994. "I Just Can not Wait to Be King" I miss a bit of Pep. The song seems a bit lame on me. Last but not least, there is also "Can You Feel the Love Tonight" to hear – and I must confess that I have the typical Beyoncé flourishes in singing pretty much gone on the cookie. But that is clearly a matter of taste.

The true stars in "The Lion King"

I have already celebrated Timon and Pumbaa in animated cartoon. In the remake, the unequal duo is even funnier. The two are thanks to the two voice actors Seth Rogen (Pumbaa) and Billy Eichner (Timon), the secret stars of the film -at least in the original version. Many lines are almost one-to-one taken from the original and sometimes just a few words added. That's enough, however, to make the sayings and comments of the two even more entertaining.

Watching Timon and Pumbaa, I wished that Jon Favreau next adapted "The Lion King 3: Hakuna Matata". The third part is a thousand times better than the direct sequel "Simba's Kingdom".

By the way, the two hyenas Kamari and Azizi (originally called Banzai and Ed) are surprisingly entertaining. Azizi is no longer just the drooling third wheel on the car that does not say a word. The chemistry between the two is great. Too bad they only got so little screen time.

Beetles are soon to be a culinary treat for Simba.

Next time they should hear better on Mufasa …

Scar appoints himself after Mufasa's death without further ado the king of the lions.

Meanwhile, Simba is chilling with Timon and Pumbaa in the jungle.

Conclusion: It depends on the point of view

I have to admit that I am divided as far as my final judgment is concerned. With a more neutral look, the "The Lion King" remake is a terrific movie that will appeal to big and small moviegoers alike. It may be laughed and cried, tilted and clenched in the cinema chair with tension. Optically, the Realverfilmung the absolute insanity and shows very clearly what is possible by computer anything.

From the perspective of the total "Lion King" fan girl with oversized nostalgic glasses, the remake is "only" a successful remake. I liked that Jon Favreau stayed so close to the already great script. He could not go wrong with the original.

The secret stars: Timon and Pumbaa.

Even stalking should be learned. Zazu has to serve as a test object.

I did not like the fact that Favreau unnecessarily protracted his "The Lion King" version. In addition, the musical Einspieler not always ignited. Whether the remake is necessary at all, is an open question. Without question, the movie is absolutely worth seeing, and I can only say: go to the cinema! But if you love the original as much as I can and say it by heart, you should lower your expectations a bit.

"The Lion King" will be released on July 17 in German cinemas.