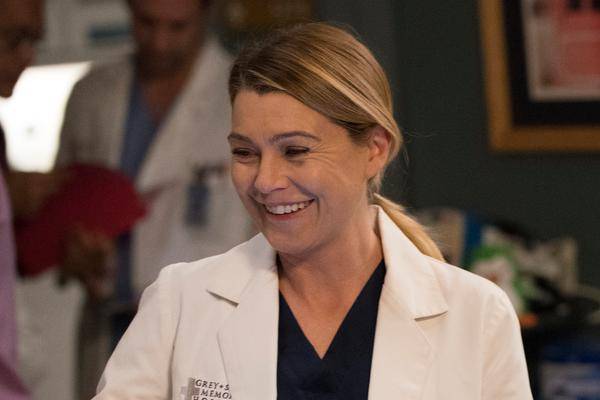 Doctor series should be one thing above all else: dramatic! Who cares that "Gray's Anatomy", "Dr. House" or "Scrubs" are not always medically correct? Doctors for example. They can only shake their heads about some scenes in the series.

Code Blue, the heart alert, is the butter and bread of every doctor's series. Hardly any episode can do without a patient who needs to be reanimated out of the blue. Often, thanks to chest compressions, the affair is good, and the person who is just dying can laugh again a few minutes later.

Doctor Snehalata Topgi from the emergency room of a New York hospital bothers Digital Spy about such scenes. The cardiac massage is not a panacea, she says. Most patients would then have to be connected to machines, so that the heart continues to beat without the manual massage. In addition, even a successful chest compressions lead to broken ribs and bruises. Now and again, patients would even suffer brain damage as a result.

The fact that patients look happily back into the doctors' faces right after such a treatment is pure fiction. After all, "Chicago Med" stays closer to reality with the following episode of the Code Blue than other doctor series.

Another classic doctor series is the resurrection of the dead thanks to the defibrillator. The pulse of a patient falls, the ECG shows zero line. Time for the attending physician to pull the electrodes and shock the person back to life.

Dr. med. According to Ehsan Ali , this is also nonsense. Defibrillators treat cardiac arrhythmias, but not a baseline, he also tells Digital Spy. If the heart stops beating, only the administration of epinephrine (adrenaline) and the mentioned chest compressions will help. So in the following scene of "CSI: New York", doctors do just about everything wrong, which they can do wrong. Of course, they still manage to bring the patient back to life.

Doctors have an affair with patients

Without affairs, sex and lovesickness, doctor's series are unthinkable. Most of the time, the passionate encounters between the young, attractive doctors themselves take place. Occasionally, however, a patient is the object of desire.
Doctors Ali and Topgi emphasize that such relationships violate all rules and physicians may even lose their license to approach patients.

A scene like the following one from "Gray's Anatomy" will not happen in real life: the doctor Izzie Stevens falls in love with her heart-sick patient Denny Duquette. She even persuades him to intentionally worsen his health so he can get the needed donor organ faster. Highly dramatic – and far from reality in hospitals. Especially since Stevens is suspended after the announcement of the action only temporarily.

Doctors are always on parties

Doctor's series like to show the hard shift service of young hospital doctors, but time for parties and bar visits is always. In reality, the hospital service has a massive impact on the privacy of doctors.

Night shifts, weekend services and constant shift changes often make it unnecessary to take care of social contacts. At a costume party like this one at "Dr. House", we'll rarely meet doctors.

Mistakes must be kept secret

Doctor series usually show the protagonists as geniuses in their field. Whether late or early shift, whether your own mother has died or symptoms are so puzzling: every diagnosis and every cut in the operating room sits. If a serial doctor happens to have a mishap, it's usually a question of keeping the error secret. If the patient or his relatives learn of the mistake, the scandal is great.

Dr. Mikhail Varshavski, known for his YouTube channel Dr. Mike, holding cover up is absolutely wrong. Doctors should acknowledge their mistakes, which would also prevent disputes in court much more often than provoke.

Doctors are geniuses in every field

TV doctors look great, work flawlessly and are medical whatsappers. Whether a patient has broken a leg or been infected with a rare tropical disease, the solution to the problem is just a flash of thought.

Best example: The eponymous protagonist of the series "Dr. House" is a general practitioner, but is well versed in every subject and also speaks several foreign languages. That the reality is different, is clear. General practitioners need to know a lot about a very wide field. As soon as it gets more complicated, they attract specialists. This also applies to the emergency room, as Dr. med. Topgi told Digital Spy. Extensive medical treatment requires the skills and knowledge of a team of physicians.