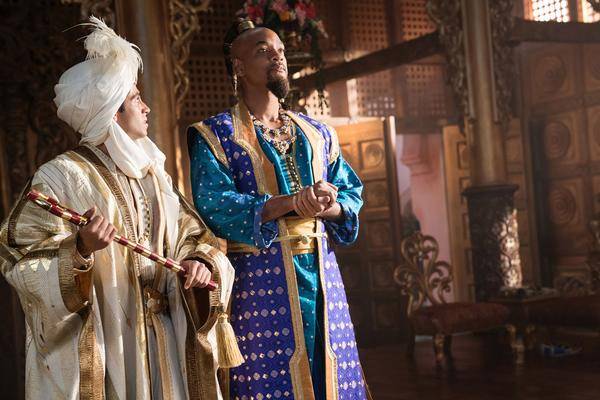 The cinema summer of 2019 is looking icy: even sequels to well-known film series such as "X-Men: Dark Phoenix" and "Men in Black: International" were only able to record disappointing box office results. The only exception so far: Disney's real-life adaptation "Aladdin". The live-action remake with Will Smith as jinni is heading straight for tremendous financial success.

According to the deadline, industry experts expect "Aladdin" to hit the $ 900 million mark at the box office on Saturday night, July 6. Currently, the remake stands at just over 897 million US dollars in revenue worldwide (via Box Office Mojo ). This makes "Aladdin" the (so far) third most successful film of the year 2019. Only Disney's Marvel films "Avengers: Endgame" and "Captain Marvel" played even larger sums.

Leaving behind the films of Disney's daughter Marvel Studios, "Aladdin" is one of only a few Disney blockbusters that reached the $ 900 million magic mark. Previously, they only did "Beauty and the Beast", "The Jungle Book", "Alice in Wonderland" and three of the "Pirates of the Caribbean" movies starring Johnny Depp.

Personal record for Will Smith

Already last weekend, Dschinni actor Will Smith spoke on Instagram to celebrate the success of "Aladdin". The actor proudly announced that "Aladdin" has also surpassed the worldwide gross margin of "Independence Day". This makes "Aladdin" officially the most successful film in Smith's entire career.