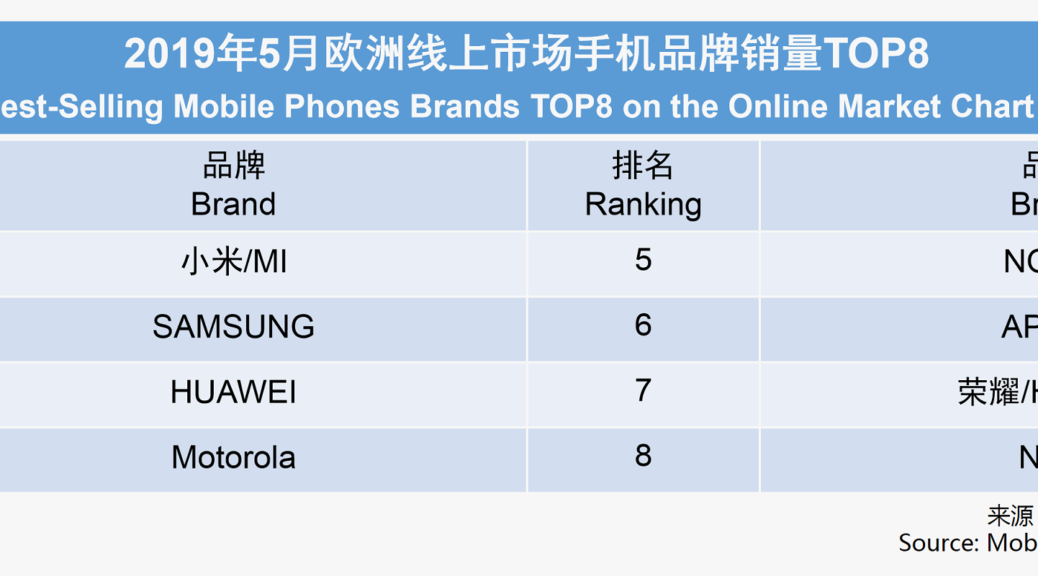 If so far we only had reports of this first quarter of the year where we were shown an unstoppable Xiaomi , a new study confirms how the Chinese company has become the best brand in Europe in relation to the month of May.

Specifically, according to reports from the n1mobile medium, the Redmi Note 7 was the best-selling smartphone in Europe, making Xiaomi the best brand ahead of Samsung , Huawei or even Apple that we can read, goes to the sixth position of this ranking

And, we have to remember that this month was one of the worst for both Apple and Huawei due to the media impact that had its blockade in the United States . In this way, Huawei was placed again in the TOP 3 sales, after Samsung and Apple.

In addition, this new report shows us how Xiaomi currently has a large number of smartphones in the TOP 20 of the best sellers, thus equating its extensive catalog to that of Samsung. Specifically, in the following list we can see how the Redmi Note 7 and the Xiaomi Mi A2 have become a resounding success for the company in Europe , including in addition to the 20 best-selling Mi A2 Lite, Redmi 6A, Mi 8 Lite, Redmi Note 6 Pro and Redmi 7. 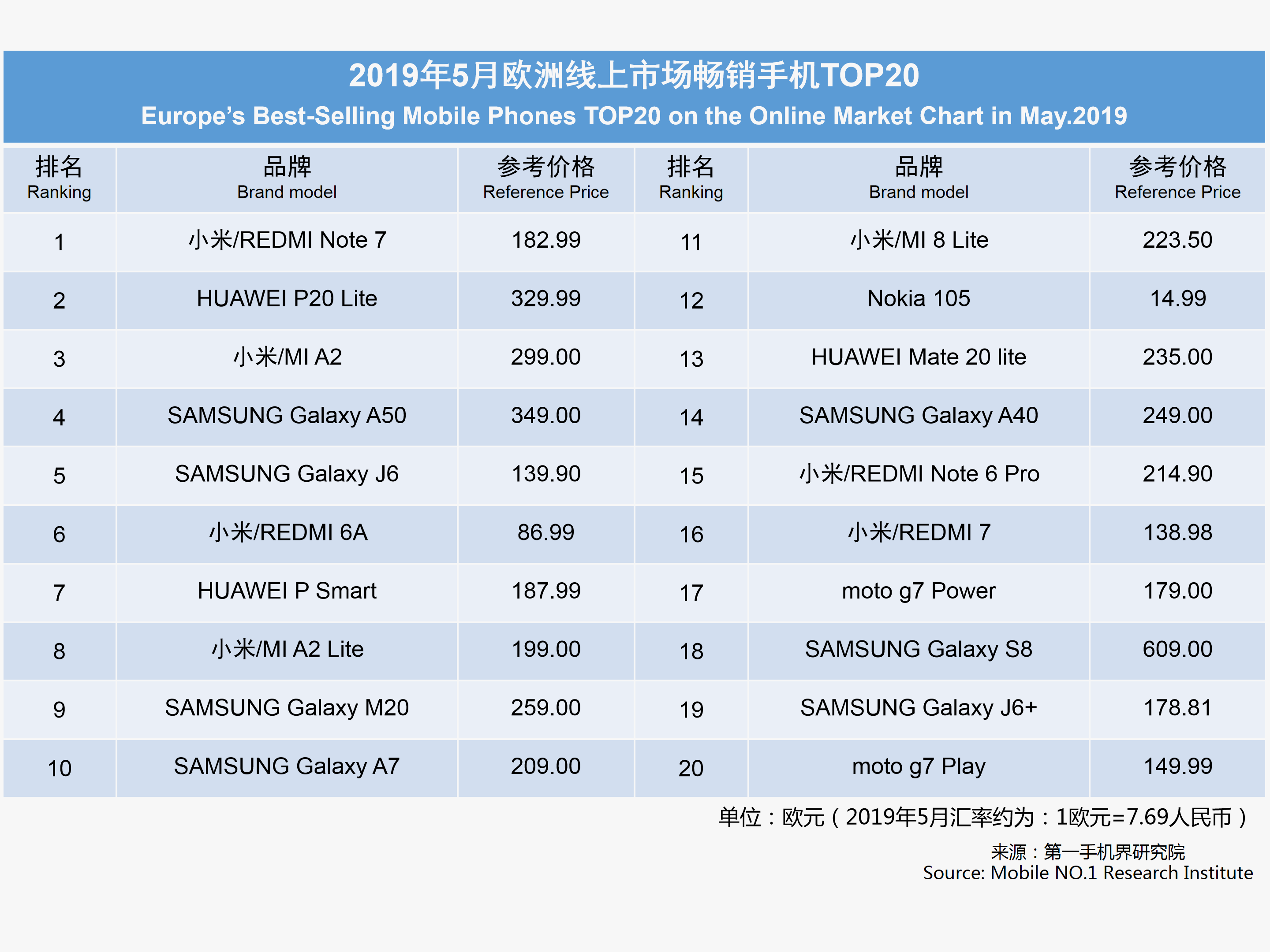 Smartphones best-selling in Europe for the month of May.

Without a doubt, very good news for Xiaomi and its market beyond the Chinese borders, where day by day it shows us that it is here to stay , offering every day better options not only in the mid-range, but also in the high range and premium without giving up a low price . 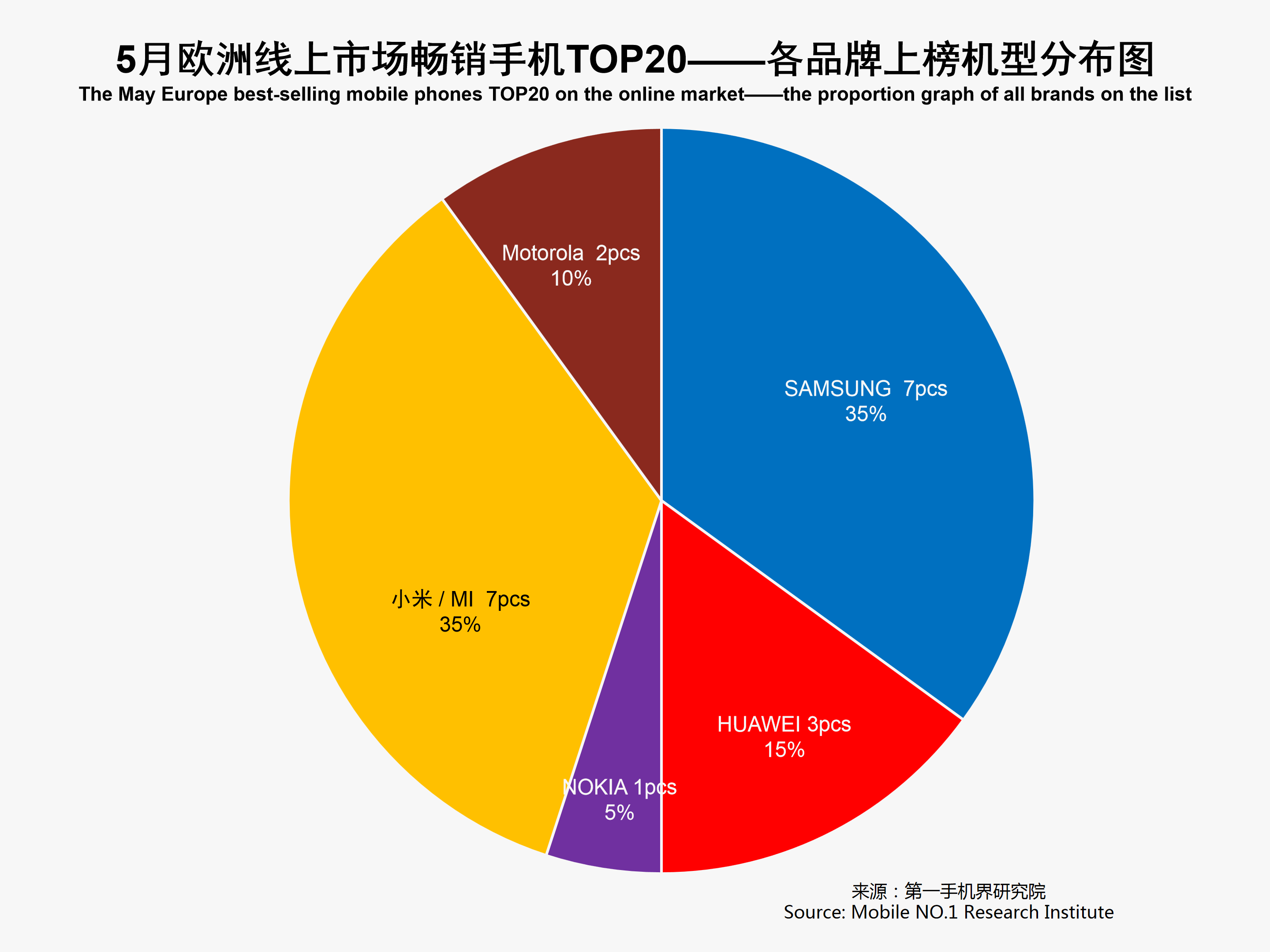