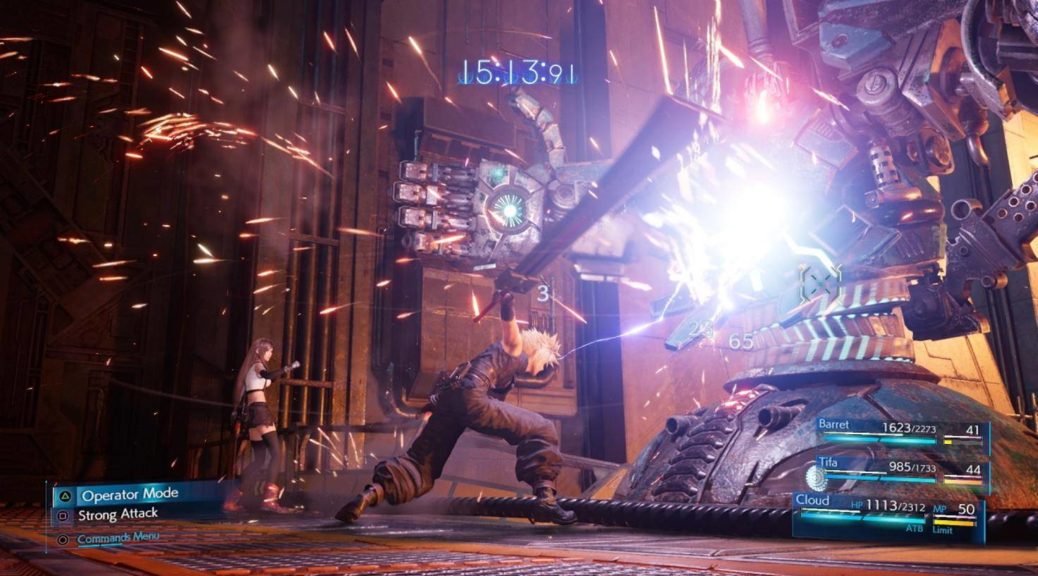 The release of the "Final Fantasy 7" remake is certain: On March 3, 2020, the reissued RPG of Square Enix will be released worldwide – on the PS4. But will the adventures of Cloud, Tifa and Aeris be on PC and Xbox One too? We clarify – and give you some worthwhile alternatives.

With the launch of the Final Fantasy 7 remake, the rollout will only be on Sony's PlayStation 4. Although many other games in the series are on various platforms at home, Sony can not take the exclusivity of the long-awaited hit. However, there are some indications that PC and Xbox One players may not have to wait too long for the remake …

Only time-exclusive on the PlayStation 4?

In all likelihood Square Enix will not only work on the "FF7" version for the PlayStation, but also on PC and Xbox editions. The first hint was in the very first trailer for the remake at E3 2015. The teaser ends with the note: "Play it first on PlayStation 4". That sounds like Sony has just secured a temporary exclusive right for the RPG.

Square Enix plans game subscription – with the remake and also for PC & Xbox One?

In addition, Square-Enix boss Yosuke Matsuda has been thinking a lot about a subscription service similar to Microsoft's Game Pass during E3 2019. Such a game subscription could also use the "FF7" remake outside the PS4. Since the title appears to protagonist Cloud Strife in several episodes , it is also clear that the PS5 comes to enjoy the role-playing game. The next generation Sony console is expected in late 2020. In the same period , the second part of the "Final Fantasy 7" remake to appear .

Officially confirmed versions for PC and Xbox One despite the many clues are not yet.

At the E3 2019 Square Enix showed for the first time gameplay from the "FF7" remake.

Battle scenes from Aeris were also part of the trailer.

Villain Sephiroth has only appeared in one video sequence so far.

The appearance of Tifa in the new trailer was cheered by the fans.

Barret Wallace is fighting in the remake again on the side of Cloud.

These alternatives to the "Final Fantasy 7" remake are worthwhile

Finding alternatives for PC and Xbox One that will match the (expected) gameplay and nostalgia factor of the classic "Final Fantasy 7" is not easy. Nevertheless, we have created a list of titles that will make it easier for you to wait until Cloud's adventures will hopefully eventually be played on PC and Xbox One.

"Ni No Kuni 2: The Fate of a Kingdom" is an action RPG and the second part of the "Ni No Kuni" series. The sequel was released in 2018 for PC and PlayStation 4. The game tells the story of the young king Evan. This is pushed from his throne and then tries together with his friends to reunite the kingdom.

"Kingdom Hearts 3" does not need a big introduction: The latest action RPG of the series from January 2019 is also from Square Enix. In the mashup from Disney and "Final Fantasy" takes over Sora, protagonist from the first part, again the main role and fighting on the side of Donald Duck and Goofy. The story begins at the point where "Kingdom Hearts 0.2: Birth by Sleep – A Fragmentary Passage" has stopped. "Kingdom Hearts III" has been released for PS4 and Xbox One – there is no PC version yet.

In "NieR: Automata" is an action role-playing game from Platinum Games ( "Bayonetta," "Star Fox"). In 2017, the game came on the market for PS4 and PC, since 2018 it is also available for Xbox One. You play the protagonist YorHa Model B No.2, who finds herself in a post-apocalyptic world in a proxy war between machines and the rest of humanity. "Never: Automata" is an indirect sequel to "Never RepliCant" and "Never Form".

"Octopath Traveler" also comes from Square Enix and has been released for Nintendo Switch and PC. The combat system is turn based, as with old "Final Fantasy" parts, the graphics are a combination of 16-bit SNES style and polygon environment, giving the game a unique look between retro and modern. The player has the choice between eight possible characters, each of which has an individual playable story.

If the remake is not yet available, why not play the original "Final Fantasy 7" again? After the launch role-role exclusively on Sony's first PlayStation appeared, the classic is now available for PC, Xbox One, Nintendo Switch and even Android and iOS.

No remake, but a remaster gets "Final Fantasy 8" for his 20th birthday. Later this year, the original of 1999 in polished HD graphics for PS4, Xbox One, PC and Nintendo Switch appear. In the game, you take on the role of lousy Squall Leonhard, who, as a young mercenary, not only has to save the world from the dominion of a wicked witch, but also learns to deal with his emotions.

If you have not yet played the latest title in the "Final Fantasy" series, then definitely "Final Fantasy 15" is worth a visit – especially as the design of the characters and the combat system remind of the "FF7" remake. In the action RPG you will accompany protagonist and crown prince Noctis Lucis Caelum through the world of Eos. Together with three friends he wants to save his kingdom from ruin. The game is available for PS4, Xbox One and PC.