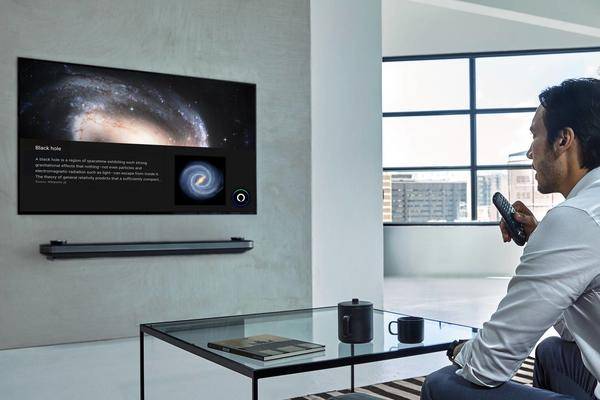 LG brings language assistant Alexa on its current ThinQ TVs. This gives users of the 2019 model generation the choice between the Amazon language software and the Google Assistant.

LG is equipping its Smart TVs with the new ThinQ series with new features: From now on, devices from the 2019 series will also be available to the Amazon voice assistant Alexa. This announced the manufacturer on Tuesday by press release . The language software comes to the users via software update.

Alexa skills and smart home control on the TV

According to LG, Alexa will be available for all 2019 ThinQ models, whether they are OLED devices, Nanocell TVs or the standard UHD TV series. To use the language assistant you need an Amazon account. Then customers have the opportunity to ask the assistant questions, to control compatible smart home devices or to use the now over 90,000 Alexa skills.

Unlike an Amazon echo speaker, Alexa does not stop listening to smart TV. To enable the voice software, customers need to press and hold the Amazon Prime button on their remote control instead. By the way, as an alternative to Alexa, the Google Assistant is still available on the LG devices as a voice assistant .