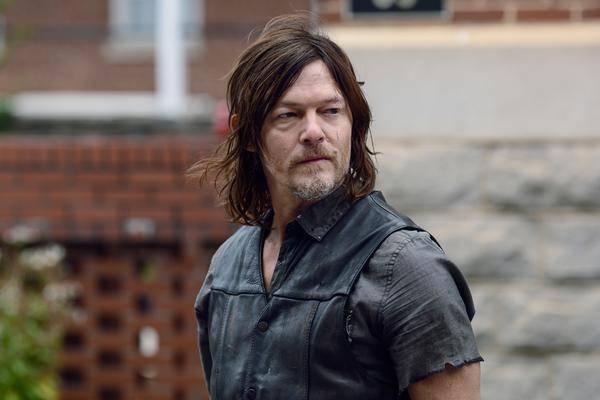 Who's the better match for "The Walking Dead" character Daryl: Connie or Carol? A poll on Twitter rekindles a heated discussion among the fans, who split into two groups, but in the end want only one thing: a partner for Daryl!

On the official Twitter page of "The Walking Dead" there was a question and answer session for the fans. What has been burning their fingernails for a long time? What do they want an answer for? A user promptly posted the question: "Connie + Daryl = Donnie … right?"

"The Walking Dead" soon with a new couple?

With this question, the fan had hoped for a confirmation that Daryl and Connie finally come together in Season 10. Obviously she was not the only devotee who finally wanted to get an answer. "What can we expect from Daryl and Connie this season?" Asked another. But voices for Caryl were also loud: "Give us clues about Carol and Daryl in Season 10!" or "Finally the long awaited romantic story between Carol and Daryl. It's time."

The majority is for Donnie

Both Caryl and Donnie fans really hope that one of the constellations will come about. The majority, however, seems to be for Donnie, at least that was another poll in March . At the time, Carol was also dating Ezekiel. But after their separation at the end of season 9 Carol is single again – and a relationship with Daryl would be nothing in the way.

Whoever Daryl chooses to do in the tenth "The Walking Dead" season – if he's ever dating one of the ladies – will last. Talking to IMDb , Daryl actor Norman Reedus stated some time ago that Daryl was "like a flamingo or a penguin". "If he finds his great love, he will stay with her."