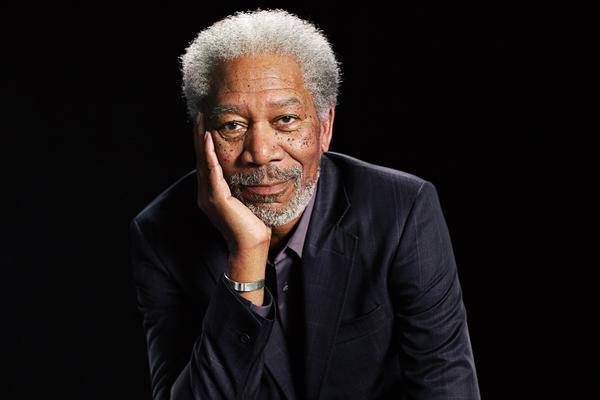 Morgan Freeman belongs to the really old hands of Hollywood with his more than 80 years. Over the course of his more than 50-year career, he has worked in more than 120 films. Picking the highlights from this is not an easy task. We've taken up the challenge by listing 20 of the best Morgan Freeman films so far – and three more that we look forward to seeing in the future.

The four-Oscar drama is far from being the first movie with Morgan Freeman, but certainly one of the most worth seeing. The son of the old Jewish lady Daisy Werthan (Jessica Tandy) hires Hoke Colburn (Freeman) as chauffeur for his mother. Miss Daisy initially vehemently rejects the African American, but Colburn cracks the hard shell of the actually very lovable woman with much patience.

There are many movies of the legend of Robin Hood, with Kevin Costner and Morgan Freeman in the lead roles among the best. Freeman plays in the film by Kevin Reynolds the Moors Azeem, who escapes the execution together with Robin of Locksley (Costner). From now on, he is on hand to help and advise Robin on the fight against the Sheriff of Nottingham.

At the Four Academy Awards-winning late-Westers, Clint Eastwood took both the direction and the lead role. Aged gunslinger Bill (Eastwood) and his former partner Ned Logan (Morgan Freeman) seek to track down two men who have badly abused a prostitute. The reward is $ 1,000. But Bill and Ned have made the bill without the ruthless sheriff Little Bill Daggett (Gene Hackman).

The Stephen King adaptation of Frank Darabont is one of the best films of all time, according to IMDb voting for many years. Andy Dufresne (Tim Robbins) is sentenced to life imprisonment twice for allegedly murdering his wife and her lover. The bank manager has problems getting used to the rough life in prison. But he gets help from Red (Morgan Freeman), who has been in prison for over 20 years.

A monkey flown in from Africa hauls a deadly virus into California. The pathogen spreads rapidly and kills more and more people. Scientists and physicians are feverishly trying to develop an antidote and locate the host animal. But the US military has very different plans to stem the virus.

Gluttony, greed, sloth, lust, arrogance, envy and anger – these are the seven deadly sins. They serve a man named John Doe as a template to assassinate people in a beastly way. Detectives Somerset (Morgan Freeman) and Mills (Brad Pitt) need to find out who is behind the crime before the killer can strike again. It begins a gripping cat-and-mouse game that no one could have staged better than director David Fincher.

To play God once in a lifetime, that would be something, right? This honor is given to Bruce Nolan (Jim Carrey), who believes he would do the job of the Almighty a thousand times better. God (Morgan Freeman) cites Bruce to himself and transfers his skills to him. Bruce quickly states: Being God is not as cool as it first seemed.

It took a long time, in 2004 Morgan Freeman finally got his first (and so far only) Oscar after three unsuccessful nominations. He received the award for Best Supporting Actor for his role as Eddie Dupris in Million Dollar Baby. Actually, Eddie is just the caretaker in a boxing studio. But when his best friend and head of the club, Frankie Dunn (Clint Eastwood), denies training to a young woman (Hillary Swank), Dupris takes on her.

In the role of ingenious developer and inventor Lucius Fox, Morgan Freeman was part of Christopher Nolan's "Batman" trilogy. With his extensive knowledge and clever ideas Fox Bruce Wayne helps several times from the brink. His loyalty is rewarded at the end of "Batman Begins" by appointing Fox Chairman of Bruce Wayne's Wayne Enterprises.

Slevin Kelevra (Josh Hartnett) actually wanted to visit his buddy, but there is no trace of it. And Slevin gets trapped between the fronts of two rival mobster bosses: The Rabbi (Ben Kingsley) and the boss (Morgan Freeman) instruct him to assassinate each other's opponents. How can Slevin get out of this dilemma?

Fate does not agree with Edward (Jack Nicholson) and Carter (Morgan Freeman): both are incurably ill with cancer. The prognosis: you have six to twelve months. The two make friends in the hospital and decide to fully enjoy the remaining lifetime and to catch up with what they have always wanted to do – but for what they have the time or the courage missing. And so the duo goes on the most adventurous trip of his life.

Morgan Freeman collaborated again with director Clint Eastwood for the true-story drama. Freeman takes on the role of former resistance fighter Nelson Mandela, who becomes president of South Africa in 1994. His vision: to reunite the land divided by apartheid socially. The Rugby Union World Cup in 1995 comes as called. Together with team captain Francois Pienaar (Matt Damon), Mandela does everything in his power to use sports to overcome the racial segregation that is firmly rooted in many minds. Morgan Freeman and Matt Damon received an Oscar nomination for Best Supporting Principal and Supporting Actor.

Frank Moses (Bruce Willis) used to earn his money as a top agent for the CIA and is now retired. Suddenly he is attacked at night by a killer squad, which he can fend off first. Frank wants to find out who the assassin set on him – and why. He gets support from former colleagues including Victoria Winslow, Marvin Boggs and Joe Matheson.

In the documentary series "Mysteries of the Universe" (in the original "Through the Wormhole") Morgan Freeman assumes the role of moderator. 57 episodes are about questions that have occupied humanity for millennia: Are we alone in space? Is there a creator? What was before the big bang? Scientists from various fields such as astrophysics, astrobiology and quantum mechanics have their say – all topics are presented in a popular science and comprehensible way.

In addition to Gerard Butler, Morgan Freeman is the second constant in the "Has Fallen" series, the first part of which was released in cinemas in 2013. If Freeman played the speaker of the House of Representatives here, his character Allan Trumbull ascended in the sequel to the vice president. In the planned third part, which should start in 2019, he is finally US President. This time, however, the terrorists are not aiming for him, but for the agent Mike Banning (Butler).

Here is magic in the game: The magical quartet "The Four Riders" (played by Jesse Eisenberg, Isla Fisher, Woody Harrelson and Dave Franco) robs a bank live in Paris during a Las Vegas show. The FBI, led by Dylan Rhodes (Mark Ruffalo), is a mystery. With the help of the once celebrated illusionist Thaddeus Bradley (Tomorrow Freeman), Rhodes tries to get behind the tricks of the four magicians and unlock the secret of their telepathic abilities.