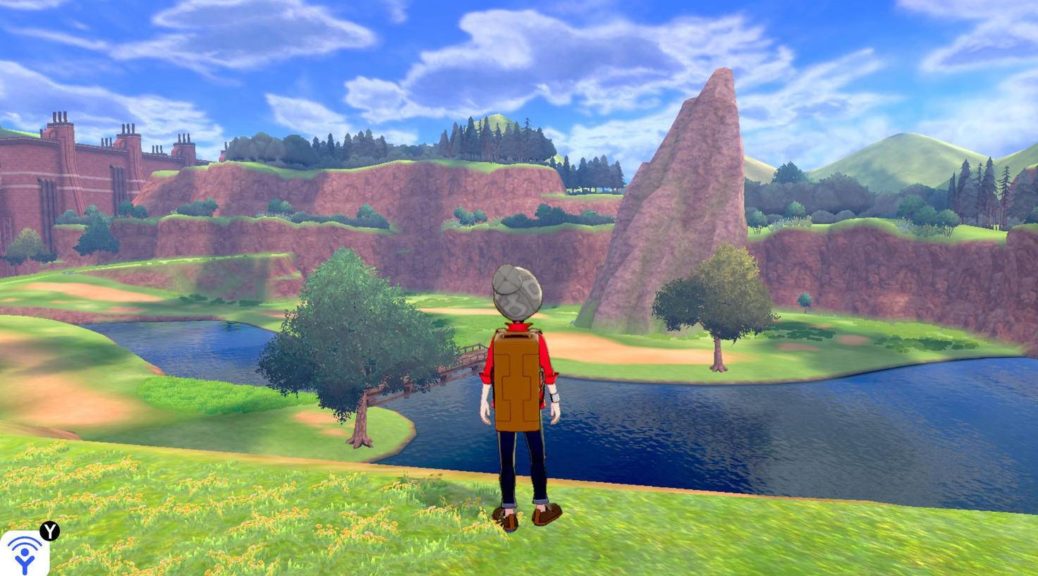 After more than two decades, "Pokémon Sword & Shield" is the first RPM role-playing game on a "big" Nintendo console. I've played a small part of the upcoming switch game and found that the hoped-for breakthrough of the handheld past by some fans is almost certainly not the title.

The Pokémon RPGs have followed a rather rigid formula since the 1999 red and blue editions, which have changed little over the years: the hero or the heroine always breaks up on the storyboard to collect as many powerful monsters as possible to sway to the Champ of the respective region and incidentally put criminals to work. In terms of gameplay, the fixed pillars are the top-down view, the fixed camera and turn-based combat – that's what fans of Nintendo monsters know and like.

But there are also many who want a bit more change from one generation to the next, rather than a graphical update, a few new game systems, and new Pokémon. This became particularly clear a few months after the release of the Nintendo Switch: Significantly inspired by "Zelda: Breath of the Wild", hobby coaches in forums and subreddits dreamed of an epic open-world "Pokémon", the technical capabilities of full-fledged TV – and handheld console fully exhausted and finally brings the adventure feeling in a more contemporary format.

How extensive the game world of "Pokémon Sword & Shield" really is has to be seen.

"Pokémon Sword & Shield," which was officially announced a few months later, was confronted with these hopes right from the start. Meanwhile, trailers and gameplay demos have already made it clear that much of this will not come true and the new games are more evolutionary than revolution. This impression hardened when alluding.

"Have you ever played 'Pokémon'?", The Nintendo employee asks me at the Anspiel-Event in Frankfurt, where the Japanese publisher once again displays his demos of the E3 2019 in Germany. Yes, I have – and I am excited about the changes that "sword & shield" bring to the series. In the demo I can only try out a modified arena including fight against the leader. The really exciting innovations such as the recently revealed open-world area "Naturzone" with its raid monsters are still under lock and key for the time being. Nevertheless, the short insight already shows me what I should expect from the new games and what better not.

Leader Nessa is waiting – for the fight!

Of course, the most obvious innovation is the 3D graphics that have been significantly overhauled compared to the Nintendo 3DS, which makes the environment – a water arena with switch puzzles – look beautifully sculptural. The right thumb makes a reflex grab on the analog stick and then disappoints: The camera is still fixed as usual. The demand for an employee, whether this may still change, remains unanswered – apparently the developers are planning a freely rotating camera currently only for the open-world zone. Too bad, because especially in the spacious arena a little more freedom in the perspective for the clarity would have been quite helpful.

Turning is not: The camera remains firmly fixed in the arena.

Next question: What about the fighting? Again, "Sword & Shield" stays true to the formula and delivers the turn-based gameplay that is at the heart of the whole series. The Game Boy times, in which powerful attacks by jerky sprite animations were presented rather abstract, are long gone, of course. Compared to newer parts on the 3DS and even compared to the remake "Pokémon Let's Go" for the Switch, the monster houses are a visual step forward – they look even more like two creatures are actually facing each other here and hit each other with elemental attacks.

The fight layout basically follows the example of the red and blue edition.

Little news in the combat system

Again, there is a bit of the impression that there would have been more in it: If a Pokémon is put out of action by an attack, it seems to be directly after the devastating attack at first as expressionless and uninvolved as always. Only after the settlement of the damage, a separate animation is recorded, in which it actually looks KO. Not a big deal, but a case in which the higher-resolution and more detailed look arouses an expectation of changes that are not there.

The large screen in TV mode is meanwhile a blessing for clarity in the fight: attacks and life bars are neatly lined up along with additional information. At the push of a button, comprehensive additional information about the attacks can be shown – especially important for me when I play it, because my pre-made team of monsters consists primarily of new Pokémon whose special attacks are not all known to me.

Everything at a glance: the display in combat.

All the advantages of the big format are also shown in the final battle of the demo against the arena manager Nessa. The duel takes place in a huge stadium where my coach, opponent and the fighting Pokémon are almost lost. But only until I use the Dynamax ability!

This new feature lets my active monster grow to giant size once per fight for a few moves. Attack and defense values increase and special Dynamax attacks can be used. If the opponent moves along and also inflates his monster, the arena battles suddenly have a very different flair and more resemble a Godzilla movie than the usual small-animal Kloppereien.

If two giant monsters fight each other, the arena trembles.

Dynamaxing as a visual highlight

Visually, this is pretty impressive on the big screen and I'm pretty sure that Nintendo has taken the feature primarily as a metaphor for the possibilities of the "big" switch in the game. Playfully, the Dynamaxing adds a new strategic element to the battles: those who use it wisely can quickly shut down a strong Pokémon, but play high – because if the other coach also uses it, the odds are balanced again.

Anyone who wastes his gigantism too soon later turns into a potential disadvantage and faces a mega-creature with empty hands. Its full potential, the feature but probably only in the raid battles against Dynamax Pokémon unfold – and how that will look like I can not try yet.

Anspiel-Conclusion: But "only" another evolution?

At the end of my preview session is a certain disillusionment. If "Sword & Shield" brings radical innovations, then those – apart from the Dynamaxing – have not been very prominent in this short excerpt. The arena, the coaches, the fights, the control and the perspective: Everything is firmly rooted in the handheld tradition and only slightly polished. This is not a bad thing, but a good reason to put one's own expectations on the role-playing games in order.

It's possible that Nintendo has shown me an absolute number-safe version of "Sword & Shield" here and is saving the highlights for the open world outside the arenas and the raids. I am cautiously optimistic, but also a bit skeptical. The big overhaul of the "Pokémon" formula should not expect fans of the new games anyway – large console or not.