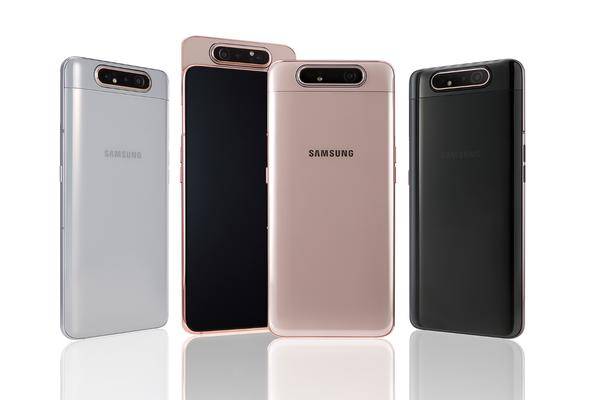 The Samsung Galaxy A90 reportedly gets the flagship chip Snapdragon 855 and is expected to be available as a 5G model. Apart from that, there is talk of a feature called "Tilt OIS".

The Galaxy A90 is to come in the form of two models on the market. This is what famous Leaker Steve Hemmersdorfer aka OnLeaks writes on Twitter . The "SM-A908" called 5G model therefore offers a 6.7-inch display, a Snapdragon 855 and an in-display fingerprint sensor. The triple camera resolves with 48 megapixels + 8 MP + 5 MP.

Apart from the missing 5G modem, the SM-A905 is a bit better equipped. This smartphone also uses a 6.7-inch screen with an in-display fingerprint sensor and a Snapdragon 855. Its cameras are sensors with resolutions of 48 megapixels + 12 MP + 5 MP. Exclusive to this 4G model is the "Tilt OIS" feature. "OIS" refers to the optical image stabilization, which avoids camera shake when taking photos. "Tilt" means "tilt".

In Europe maybe with Exynos processor

Presumably, the Galaxy A90 will offer a rotating camera like the Galaxy A80 . Thus, the triple main camera can also be used for selfies. The "Tilt OIS" seems to designate a stabilization adapted to this rotational movement. However, Samsung smartphones are typically equipped with Exynos chips in Europe, not Qualcomm processors such as the Snapdragon 855. Samsung has also made the fitting 5G modem called Exynos Modem 5100.

The Galaxy A90 certainly seems to be a smartphone unusual for Samsung, since it probably accommodates upper-class technology in a mid-range mobile phone. However, the Galaxy A series is also known for the introduction of experimental innovations such as the rotating camera of the Galaxy A80, so it is more than just Samsung's middle class.