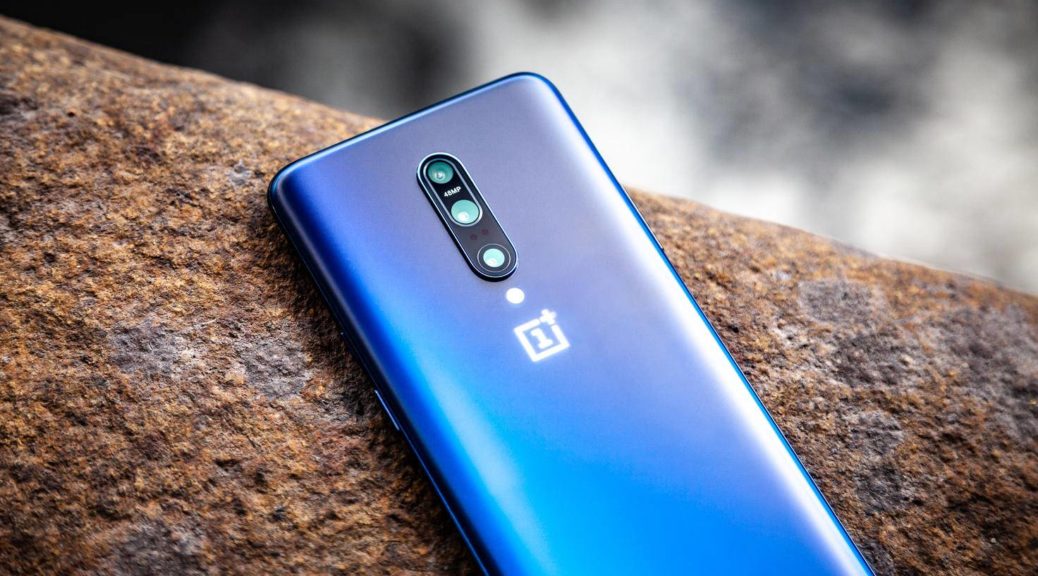 The new smartphone memory UFS 3.0 should significantly reduce load times. Critics think that for marketing and for a mere hype. Among other things, we have investigated the issue with a test of the memory in the OnePlus 7 Pro, if there is more to UFS 3.0.

The foldable Samsung Galaxy Fold was the first smartphone to be announced with the new mobile phone memory UFS 3.0. However, it is not available until today – unlike the OnePlus 7 and 7 Pro, both of which also use UFS 3.0. I had tested the OnePlus 7 Pro and pointed out the very fast loading times of large apps like games. The OnePlus 7 Pro is currently the fastest Android smartphone in app load times according to various speed tests – not just from us, but also from Linus Tech Tips .

However, there is a well-known critic of the UFS 3.0 hype: Gary of Android Authority. In a video , he claims that the new memory is "not as fast as you think" and proves this with some benchmarks of the UFS 3.0 memory in the OnePlus 7 Pro. He is somehow right – and somehow not.

In short, UFS 3.0 is just a protocol for a particular type of NAND storage that sets the maximum bandwidth. A concrete NAND memory belonging to the "UFS 3.0" category does not have to exhaust the maximum potential of the standard. This is known from SSD hard disks, which by the way also belong to the NAND memories: The SSDs of basically the same standards and formats of different manufacturers, for example the current M2.-SSDs with a connection of 4 x PCIe 3.0, are different in speed.

The OnePlus 7 Pro is the first smartphone on the market with a UFS 3.0 memory.

The UFS 3.0 memory in the OnePlus 7 Pro belongs to the first generation of this type of storage – and as expected, it still does not reach the maximum speed that UFS 3.0 theoretically allows. Accordingly, the advantage of this specific memory is not recognizable in the whole system and in all possible applications, but especially when loading large apps such as games. That's why UFS 3.0 is not "just marketing," as Gary claims.

UFS 3.0 offers twice as much bandwidth as UFS 2.1. There are two lanes available for this type of storage, ie data lanes – with SSDs there are a maximum of four. Theoretically, a UFS 3.0 memory can transfer up to 2,666 MB / s. This corresponds to a speed between a PCIe 3.0 SSD with two lanes and one with four lanes. Not bad for a small cell phone memory! Here's the potential of UFS 3.0 compared to UFS 2.1 and the slower eMMC 5.1 memory:

Mobile memory is so fast:

The store that makes smartphones legs

But what difference does that make in practice? I tried it. As test equipment I used my Galaxy Tab S4 with the relatively slow eMMC 5.1 memory, my Galaxy Note 9 (UFS 2.1) and our review unit OnePlus 7 Pro (UFS 3.0). I checked how long it takes for games to be loaded to the menu. So from the app start to the usability of the games. Other factors such as the built-in processor and the WLAN chip also play a certain role (the test was carried out in the same Wi-Fi network), but there is a tendency to find useful clues as to what the various types of memory use in everyday life.

Conclusion: UFS 3.0 is not a mere hype

The OnePlus 7 Pro has already made a great start – future UFS 3.0 memory is likely to be noticeably faster.

Future smartphone storage of the UFS 3.0 category will significantly reduce the waiting time to launch large apps and games, and ultimately make the entire system noticeably faster. Already the tests of the first memory of this kind in the OnePlus 7 Pro showed clear advantages and the standard offers still much air upwards. There is therefore a real, tangible progress in the field of mobile storage. It's not just hype.