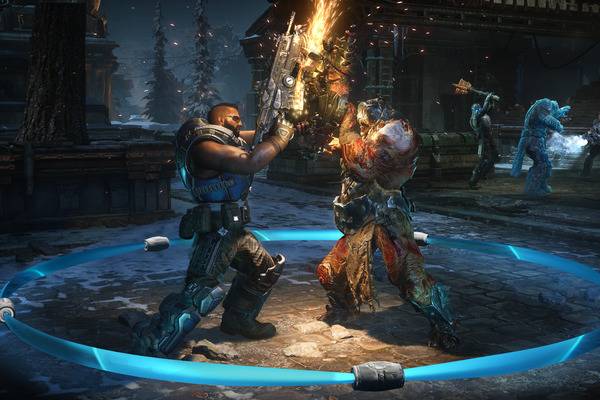 That's the way it should be: According to developer Coalition comes "Gears 5" without Season Pass and without Lootboxen, but with free DLC. And besides this great news there was a lot more to report.

With the approaching release of "Gears 5" in September, we're getting more and more details about Microsoft's exclusive title. On the official website of "Gears 5", the developer recently announced exciting new information about the action fireworks. Including the idea of a new character, first details about the map editor and details on how players in the game can earn new content, as Gamespot reports.

As the developer indicates, the game is almost completely relinquish the random element in receiving content. And there should be a lot of content. A new system called "Tour of Duty" is designed to allow players to solve daily challenges and seasonally leveling up content to customize the characters (including character skins). The whole thing should be completely transparent and players see from the beginning what rewards they expect.

Furthermore, players should receive when reaching a certain time in the Multiplayer Supply Drops, which reveal random items. If you receive an item twice, it is automatically converted to scrap, which can be used to make new items or to upgrade character abilities.

… and also items for real money

Without any in-game purchases, "Gears 5" will not work out. For example, there will be exclusive content that can only be purchased through the premium currency, iron. You earn small amounts of iron through the "Tour of Duty" system, but you will have to buy the majority for real money. But the purchasable content is not hidden in Lootboxen and you get in the shop exactly what you want.

Furthermore, players should also be able to buy a boost for real money, which gives them for a limited time in the modes Multiplayer, Escape and Horde double experience points and halves the time until receipt of the next supply drop.

"Gears 5" will be released on September 10 for Xbox One and PC.