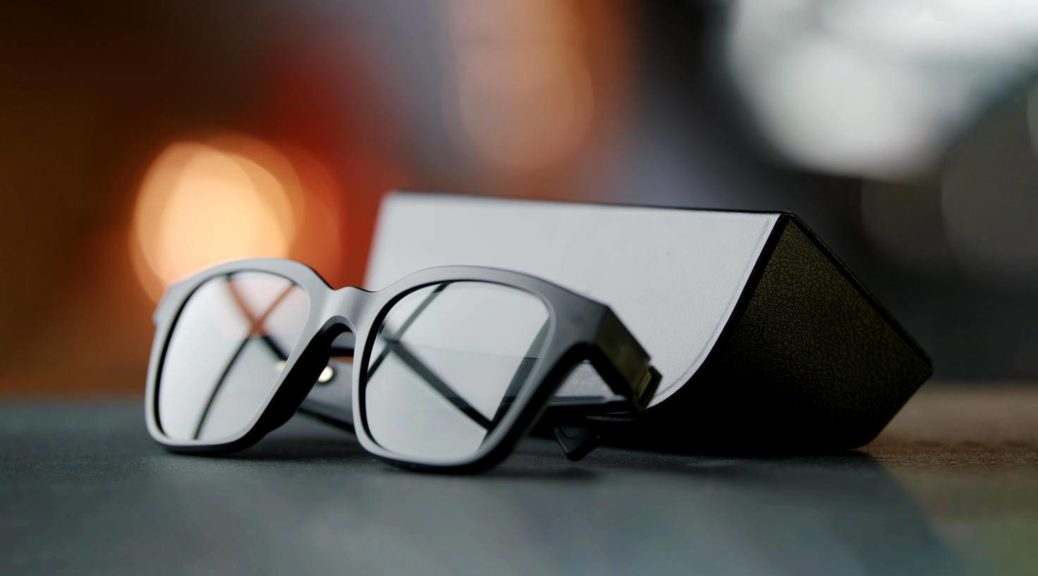 The Bose Frames want sunglasses, headphones and augmented reality device in one. If this exciting experiment can work out, you'll find out in the test.

Hardly any audio manufacturer has dared more in recent years than Bose. In the past, Americans used to focus on stylish compact systems and high-quality headphones, but with younger products like the Sleep Buds and the Soundwear Companion, the company is positioning itself much more as an innovator. But rarely has the company ventured as much out of the classic audio track as with its latest product: the sunglasses Bose Frames.

Yes, that's right: Bose Frames is actually a pair of sunglasses that works as such. But of course there is more behind it. Because the glasses are equipped with speakers, microphones and lots of sensors. From a technological point of view, we are dealing with an open-ear Bluetooth headset, which should also provide augmented reality features.

Sounds complicated? It is! In fact, we are dealing with a rather complex and ambitious product, so I would like to approach the glasses step by step in my test.

Look and feel do not spray a premium feeling

After opening the packaging comes first a classic glasses case with Bose logo to light. Inside is the Bose Frames, which looks like a normal plastic sunglasses with a rather thick frame and even thicker temples.

The Bose frames are delivered in a classic case.

Purely of optics and value of the materials I would have expected the name Bose, and also in view of the EIA of 229 euros, quite more. The haptic impression is more like a typical Takstellen sunglasses for 10 to 20 euros than a Ray-Ban. That may sound harsh now, but it's not meant to be evil at all.

Incidentally, the Bose Frames are offered in two different forms. The version we tested Alto is more of the men's model, while most ladies are likely to prefer the round model called Rondo. Incidentally, the plastic glasses can be exchanged, with Bose even offering replacement lenses in different colors.

Alto and Rondo are particularly stylish. Purely limited to their function as sunglasses, I can therefore call the Bose frames only as appropriate.

The Bose frames as a Bluetooth headset

As already mentioned, especially the brackets of the glasses are quite thick. Of course, that's because the entire technology is built in – especially the speakers. The glasses are paired with the smartphone quite simply via Bluetooth interface. A long press on the golden button on the left bracket puts the frames in the pairing mode, the rest you do in the Bluetooth settings of Android or iOS.

At the bottom of the temples are speakers and microphones.

Connection difficulties or misfires I could not find during my tests with different smartphones. The re-pairing of the glasses from the standby mode also worked seamlessly and within two to three seconds. If you want, you can also pair directly with the Bose Connect app, available for free from the Play Store and App Store . For the pure use of Bose frames as headphones, this is not necessary.

Sonically, the frames are really strong

The first question, which now probably everyone asks: yes, how does that sound? And the answer: really good!

I was really surprised by the sound of the Bose Frames. Music sounds very clear and differentiated through the glasses, and pleasingly unobtrusive even at higher volumes. Since the speakers are not sitting directly on the ear, the sound is more like coming straight out of the room. Heights, mids and lows can be heard clearly and transparently.

The glasses deliver a surprisingly good sound to the ears.

But the real twist is that, because it's an open system, you can still hear your environment at moderate or medium volume and talk to others while listening to music.

The only point where you have to make light as a listener is the bass. It does not look as punchy as over-ear headphones or nearby Bose Bluetooth speakers. This weakness is shared by the frames but with most in-ear headphones.

The environment hardly hears anything

The second question, of course, is that others can overhear everything I hear? And the answer is: not necessarily!

At moderate and moderate volumes, the Bose frames are not audible even to those in the immediate vicinity or only in the form of a very quiet noise. Only when the music is turned up louder, people in the area can also listen. Even then, the glasses do not seem so annoying, as if someone would play the music directly through the speakers of his smartphone. If anything, the outside world gets very little of what you hear about the Bose Frames.

Incidentally, because they have built-in microphones, the Bose frames are also suitable for telephoning. This works quite well, because in the case of an incoming call a short press on the control button on the right bracket is enough to accept the call.

However, you should set yourself in public on one or the other strange view of your fellow man. Because without a visible headset (who suspects a pair of sunglasses?) For others it looks more like you would talk to yourself.

As if sunglasses were not interesting enough to be heard in public almost unnoticed, Bose designed the frames as an augmented reality platform. However, there is an interesting twist compared to the Microsoft Hololens or the Magic Leap One .

Namely, the Bose frames have no integrated displays or cameras and accordingly can not project any optical contents into the field of vision of their wearer. All AR content is instead transported acoustically.

The plastic lenses of the frames have no invisible display integrated.

In practice, the manufacturer implements this concept via specially developed apps that need to be installed on the paired smartphone. These then provide, for example, a 360-degree sound experience in which the glasses determine via position sensors, from which direction music or sounds hit your ears, depending on which direction you turn. With the app NaviGuide you can even announce navigation data directly acoustically, without you having to look for it on the display of your mobile phone. Unfortunately, this works so far only in English.

Anyway, the AR apps that Bose lists via his Connect app are more like a big beta test right now. In addition, these have so far only been released for iOS and are still in development for Android. Theoretically, developers can develop their own AR applications for the Bose Frames via a freely available developer kit, using the numerous sensors of the glasses for a wide variety of acoustic experiences.

Although I was disappointed in my test of the very rudimentary AR applications, so the glasses have inspired me to experiment. Because the mere fact that it is a pair of glasses that works like a Bluetooth headset without complete acoustic shielding opens up some interesting applications.

The potential of the Bose frames is considerable – unfortunately it is hardly used so far.

For example, I used the frames in combination with Google Maps on my smartphone as voice navigation. With this I simulated exactly what Bose would like to offer in the form of the App Naviguide as an augmented reality experience, almost without any AR app. Although this does not work quite perfectly, because Google Maps is not really optimized for being used without a display, it shows me a potential future application.

In addition to many positive surprises I unfortunately also experienced some negative testing. As the battery life should be mentioned, which is significantly shorter with only 2 to 3 hours than most in-ear Bluetooth headphones.

In addition, the lack of control options on the glasses themselves have disturbed me a little. The button on the right-hand side can be used to skip songs and jump back and accept or reject calls – but to adjust the volume, I have to pick up the smartphone myself. These are minor inconsistencies that could easily be remedied with a possible successor product.

The Bose frames are a product, as there is probably no second at the moment – and they surprised me during the test mostly positive. In fact, I have worn the glasses relatively often in the last few days when I left the house during the day. This was first and foremost the really good sound experience and the fact that I can listen to music without completely shielding myself from the outside world and without annoying my fellow human beings.

As a headphone replacement with sunscreen function, the glasses are doing quite well. On the other hand, the somewhat rudimentary augmented reality features have rather disenchanted me. In the current form, I would definitely not see these as a selling point of the glasses.

But there are a few other things that make Bose Frames a typical first-gen product. The short battery life makes a daily recharge with regular use quasi indispensable. This in turn should not be conducive to the life of the battery. In addition, I would wish for a second generation, that the volume can also be changed directly on the glasses.

I also find it a pity that the general look of the glasses is really overpowering. Clearly you pay the almost 230 euros here for the design. Nevertheless, I would have liked a slightly higher quality look. That glasses are also a fashion statement for many people, Bose had apparently not really on the screen in the design.

And so the Bose Frames are in the end but a product that can score especially with the classic Bose trademarks. Because how good sound is, the Americans just know. In principle, I can only recommend that everyone try the Bose Frames themselves if the opportunity presents itself. What makes the sound glasses really good is hard to describe. You have to hear it.