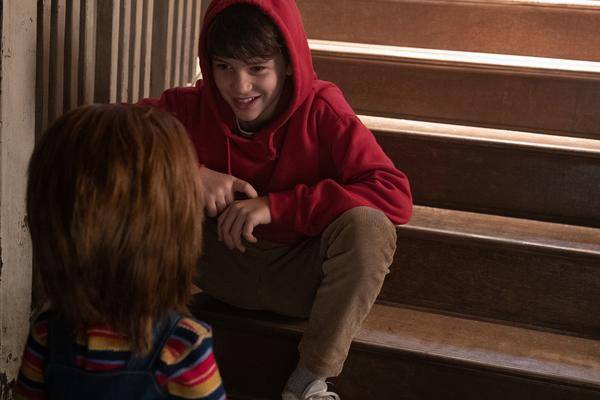 The official theatrical release of the "Chucky" remake is approaching and the creators are doing their utmost to bring fans of the original and future Chucky fans alike to the new edition. For this purpose, a new featurette has now been published and this shows that more technology is not always an advantage.

Granted, when Aubrey Plaza, movie starter Karen's co-star, and co-star Brian Tyree Henry (detective Mike Norris) in the clip philosophize about how scary the new possibilities of technology are in our modern world, you can be quite divided. But at the latest a commentary by producer Seth Grahame-Smith drives one's thinking but then on the forehead: In the past, maybe (almost) everything was better …?

After all, the head cinema jumps spontaneously, when Grahame-Smith explains in featurette, Chucky in 2019 have a significantly greater number of ways he could kill his victims. The lawnmower robot, the smart drone or the intelligent heating system, which is shown immediately afterwards, do not really make the whole thing any better.

Only Andy actor Gabriel Bateman steps in the new "Chucky" clip at least partially to the honorary rescue of the smart become killer doll. "He's not really angry at the beginning," Bateman notes in the video. "You see him getting angry as the story unfolds, and Chucky continues to evolve – but not in a good way."

At the other front, the analogue knives are currently being reinforced. In the US, the reboot of "Chucky – The Murderer Doll" shares the theatrical release date with "Toy Story 4" . Thus, at least theoretically, there is a fight for the favor of moviegoers in the house. A circumstance that the creators of the horror film never tire of setting figuratively extremely murderous in scene.

So cowboy Woody first had to believe it:

After that, Stretch-Dachshund Slinky was due:

The "Chucky" remake makes from 18 July 2019 for horror on the German screens.