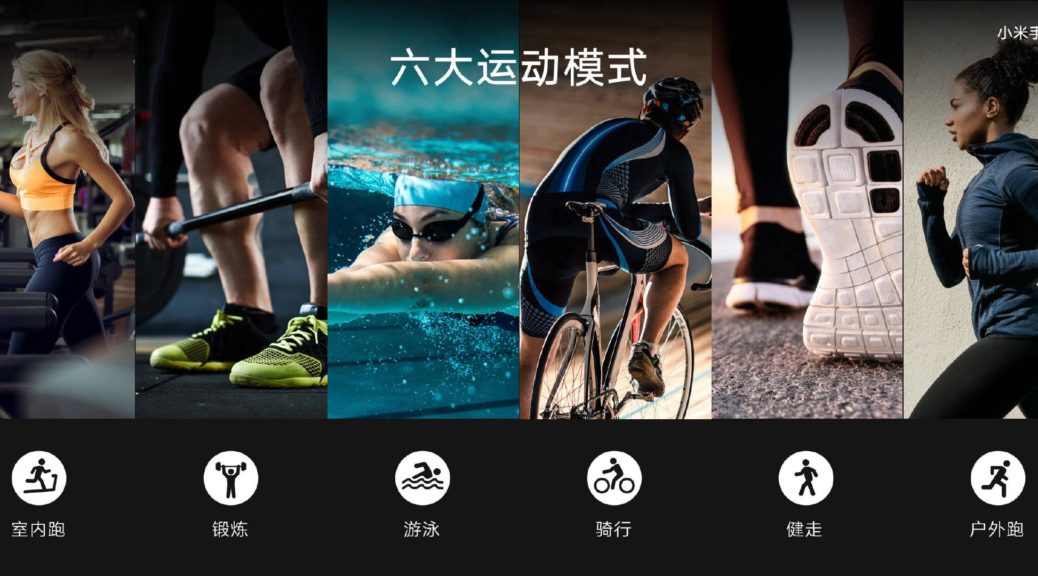 The wait has come to an end, and is that just one minute ago Xiaomi has presented its fourth generation of the successful Mi Band. A new smart bracelet that under the name of Xiaomi Mi Band 4 comes loaded with new features such as its new color screen , its optimized cardiac monitoring system or the expected personalization issues .

Although throughout this last week, Xiaomi has been revealing part of the characteristics of this new Xiaomi Mi Band 4 , as expected, the company has saved some other surprises, as is the case of the real autonomy of this new generation, the different variants with one of them equipped with NFC , or one of the most important points, its price .

Before we begin to present all the features of this new Xiaomi Mi Band 4 , we remind you that we currently have a Telegram group where besides being able to express your opinion along with its many members, you will find all the news , analysis and tutorials of the new Xiaomi smart wristband. To do this, you can access from this link or simply looking for the group: @ miband4xiaomi

This new and fourth generation of Xiaomi's successful smart bracelet arrives with a renewed AMOLED screen and 0.95 inches , which grows 39.9% in front of the screen that had the My Band 3. In addition its resolution has doubled compared to the previous generation and is now able to display up to 21 more characters. Its edges are contoured, offering a 2.5D curvature.

As a great novelty, the new Xiaomi Mi Band 4 has a high precision 6-axis system . Thanks to this, the new Mi Band will be able to detect our movements with greater precision in order to record our steps or sports activity in a much more precise way.

In addition, although its screen is now in color, its autonomy remains in 20 days . This is achieved thanks to the fact that the new Mi Band 4 has a higher capacity battery reaching 135mAh .

As it happened in the previous generation, the new Xiaomi Mi Band 4 has 5ATM protection, allowing its immersion in water up to 50 meters deep . In addition to registering our physical activity, whether in the gym, on a treadmill, cycling or running, Xiaomi Mi Band 4 is able to detect our distance traveled swimming and also in what style of swimming we have done it. 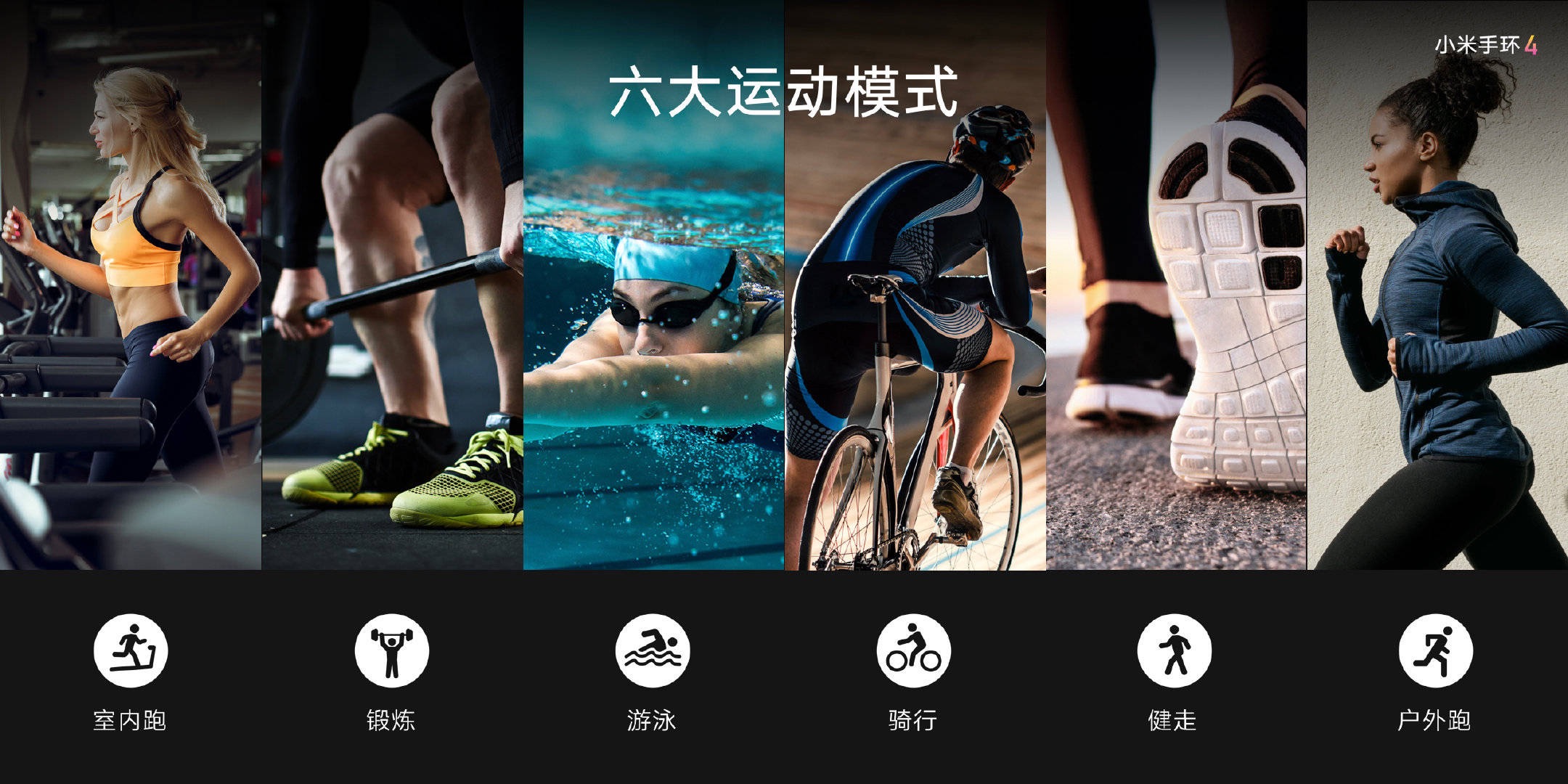 This is carried out thanks to its registration of up to 12 types of data related to swimming , such as exercise time, type of movement, distance traveled, caloric consumption, total swolf or the speed at which We travel 100 meters among other data.

As we can see in the following image, these data will be stored and visualized in a representative way that will allow us to carry out an exhaustive follow-up of our way of swimming and the exercise carried out. 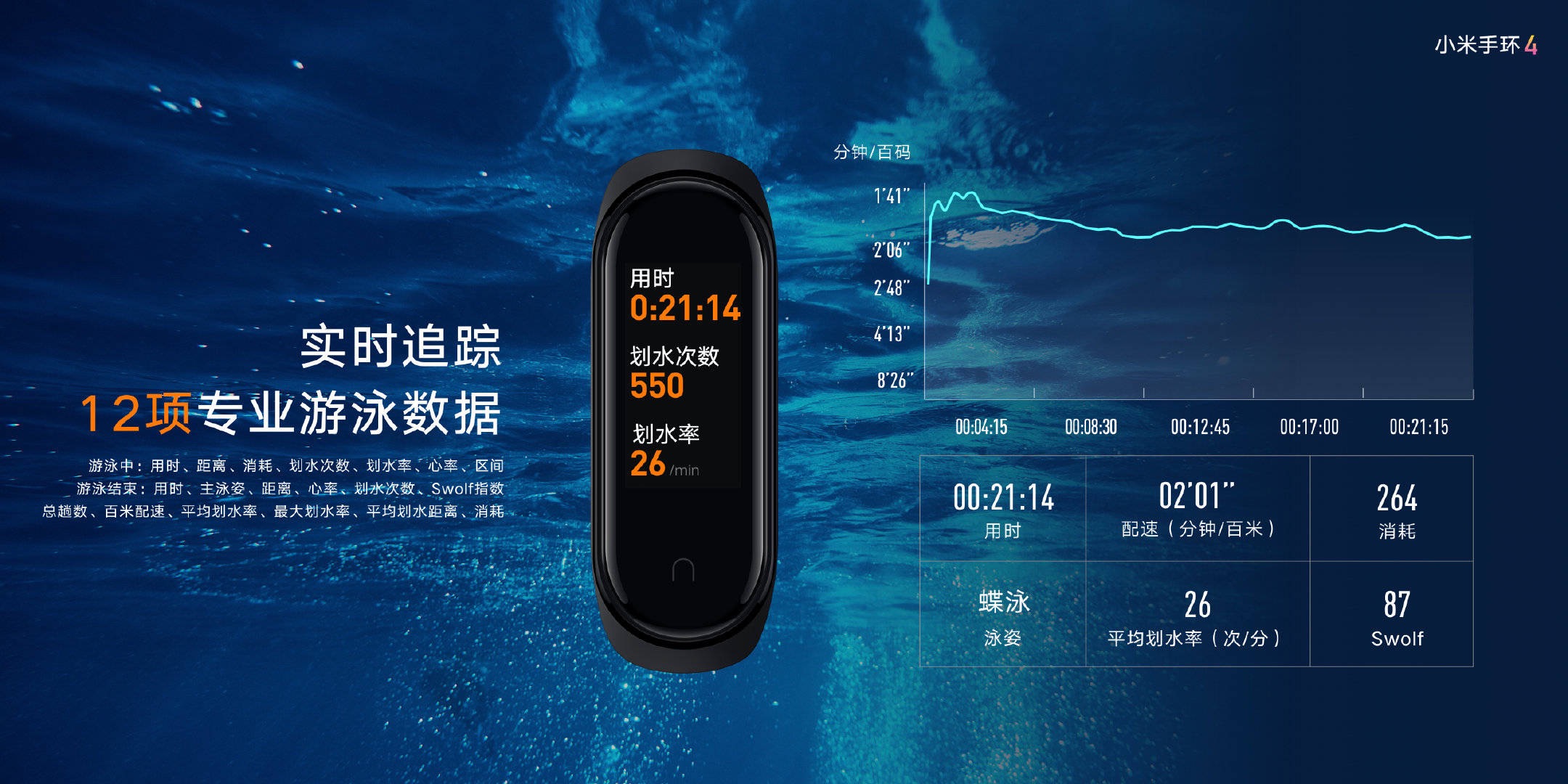 Total control from your wrist

Xiaomi Mi Band 4 not only integrates a new much more accurate heart sensor , it also has support for voice commands that will allow us to just raise our wrist and pronounce two words turn on our air conditioning, computer to the robot vacuum cleaner that starts to stop shining our home or among many more orders, start the chronometer and turn on our desk lamp.

In addition to this, as already mentioned, Xiaomi Mi Band 4 has remote control music , so we can advance the song, pause or even raise and lower the volume with a simple touch on the wristband and without the need to take our smartphone out of our pocket. 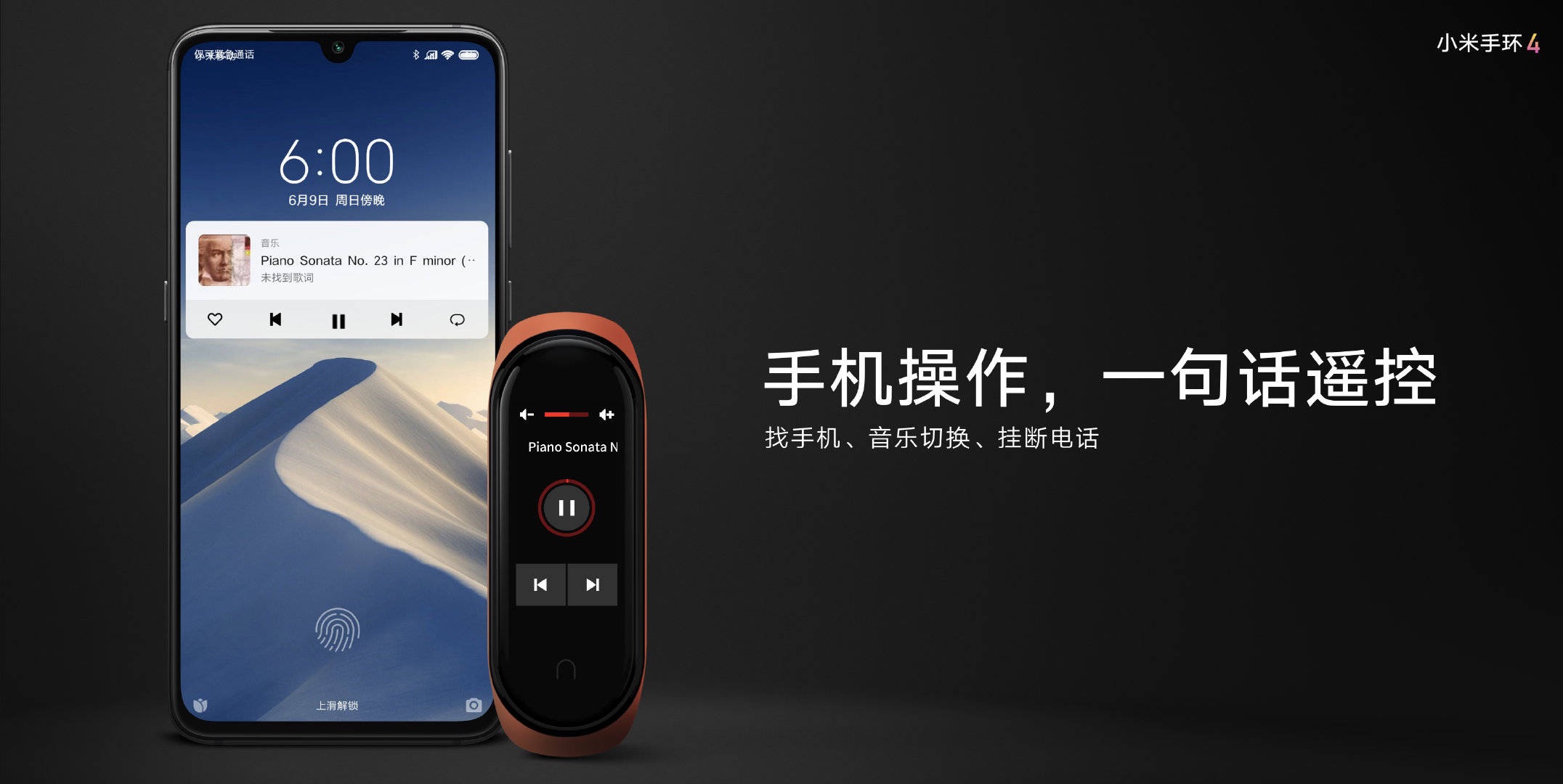 Xiaomi Mi Band 4 arrives with a new payment system through code that for now is only useful in China. In addition, as it happened with the previous generation, has a version equipped with NFC from which we can use Mi Pay in countries where it is already available, to pay without the need to use our bank card.

Up to 77 custom themes 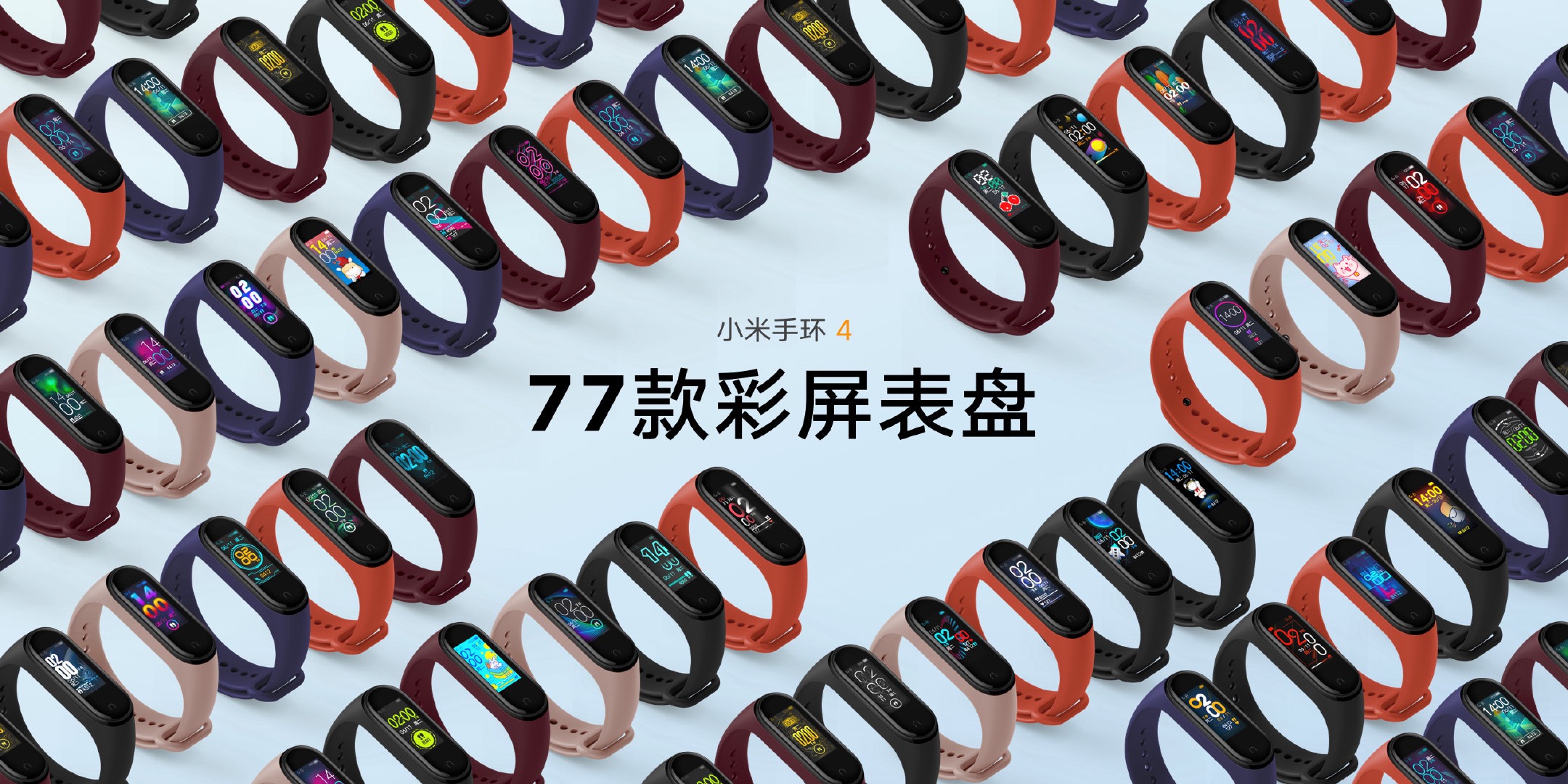 Another great novelty is found in their new custom themes. And, now that it has a color screen capable of presenting up to 16,000 different tonalities, we can customize the way in which the time and the monitored data are displayed.

Specifically, the new Xiaomi Mi Band 4 will have up to 77 new custom themes that will be expanded. These cover all kinds of colors and designs, including even some custom themes of video games like Overwatch , as well as others less known in Europe. 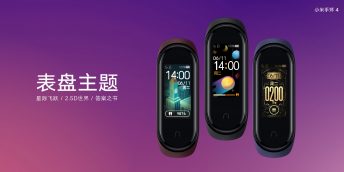 As the icing on the cake, the new smart bracelet will feature an exclusive and limited version of the Avengers series . Specifically, this new variant will be available in three custom colors with various motifs from Iron Man , Captain America or the Avengers logo itself and will arrive in an exclusive box and decorated with the successful Marvel saga.

Price and availability and where to reserve 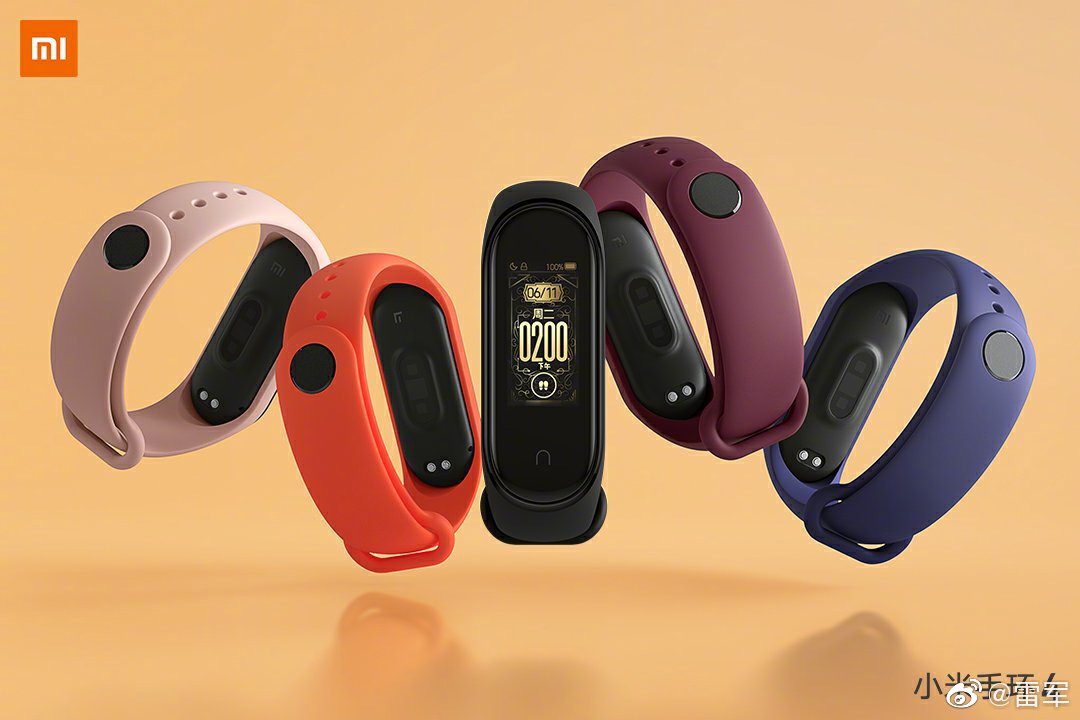 Also, if you want to be one of the first to launch this new smart bracelet that aims to become one of the best-selling in the whole range thanks to its color screen, you can make your pre-purchase through one of the best sellers and in addition, more recognized from AliExpress .

The price of pre-purchase is only 35 euros , about 39 US dollars to change and the seller guarantees its shipment as soon as it is released for sale in China . To make your reservation / purchase you can do it from this link . Are you going to stay without being one of the first to release this new Xiaomi Mi Band 4 with color screen?