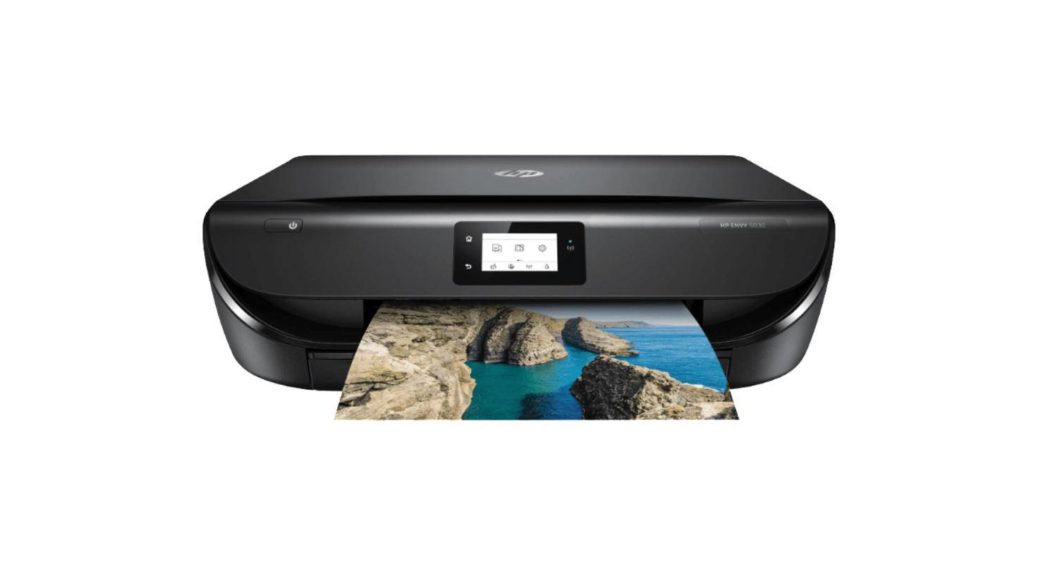 In the search for the best printer for home you can quickly lose track. Which models convince in the market, shows our overview with the best printers ordered from low to high price.

Which model is the best printer depends of course on what the device should be used for. Also photo or only document printing? Are scanning and copying necessary or is a simple printer sufficient? Should it be ink or laser? These questions should be answered to find the ideal printer among the following commendable 2017 and 2018 models.

The HP Envy 5030 is a low-priced printer with standard equipment.

In the low price sector, the HP Envy 5030 attracts attention. The 3-in-1 device not only offers printing but also copy and scan functions. In addition, a USB interface and WLAN are available as connection options. Apple's AirPrint is also supported, making it easy to send photos from the iPhone to the printer. On photo paper, the snapshots are then immortalized.

In addition, the control of the device is easily accessible via a touch screen. The only drawback: HP inkjet printer has next to the black cartridge only one more, in which the usual three colors are. As soon as cyan, magenta or yellow are used up, the entire cartridge must be replaced. This increases the operating costs of the printer.

The most striking feature of the LaserJet Pro M15w is its small size. The model weighs just 3.8 pounds and measures only 18.9 x 15.9 x 34.6 inches. A place on or under the home desk should therefore be easy to find. For a laser printer, the device is also surprisingly inexpensive. For the user, however, has to make compromises on the functionality.

The model can not copy or scan, just print. In addition, the toner does not provide color. So prints are at most in monochrome. "Scans", that is, photos of documents, can only be made with the HP Smart App and then sent to the printer via WLAN. But if you're looking for an affordable and compact laser printer, the HP LaserJet is the place to go.

At Canon's printer, on the other hand, users hardly have to accept any restrictions. In addition to printing, copying and scanning, faxing is also possible with this 4-in-1 device. As connection points, the model offers not only WLAN and cable, but also Bluetooth, SD card and USB. In addition to Apple AirPrint, Google Cloud Print is also supported.

The TR8550 prints with ink. For this purpose, five separate tanks are installed, which can be replaced individually, in contrast to HP's inkjet lamps. Also handy for the printer from Canon is the automatic feeder. Documents to be scanned or copied do not have to be inserted individually.

To Canon PIXMA TR8550 at SATURN

Not quite as small as the HP LaserJet, but also compact, is the DCP-J572DW from Brother. In addition, the device impresses with its variety of functions – it prints, scans and copies. In addition to WLAN, an SD, Micro SDHC and SDXC card slot and a USB port are available as interfaces. The model is controlled via touchscreen directly on the device.

The inkjet printer is also clear with photo paper. However, a document feeder is missing. Brother also uses single cartridges. For each color so a separate cartridge is used, which can be replaced individually. If magenta is all, you do not have to change the entire color palette right away. That spares the purse.

To Brother DCP-J572DW at SATURN

Laser printers are of course not only from HP, but also from other manufacturers such as Brother. The HL-L3230CW is larger and more expensive than the model presented above, but can print in color instead of just monochrome. In addition to WLAN, Ethernet and USB are also available as interfaces.

A laser printer is especially worthwhile for users who use their printer only occasionally. Because toners that provide color in these devices are not liquid, they also can not dry out, which can be a problem with temporarily orphaned inkjet printers.

To Brother HL-L3230CDW at SATURN

With the Epson WorkForce WF-7720DTWF the data transmission also succeeds via NFC from the smartphone.

The most expensive printer in our list also has the most to offer at the same time. Can print the model up to a size of DIN A3 paper. Scanning, copying and faxing are also no problem. Connectors include USB, Ethernet, Wi-Fi, and even NFC transmission of documents on the inkjet printer. Apple Airprint and Google Cloud Print are also supported.

The model can be operated via the integrated touchscreen. For copies and scans, documents do not have to be loaded individually, but can be left to the automatic feeder. With its almost 22 kilograms, the WF-7720DTWF weighs a lot and needs a lot of space. If you work from home and need a reliable all-rounder, you will be happy with this printer.

To the Epson WorkForce WF-7720DTWF at SATURN