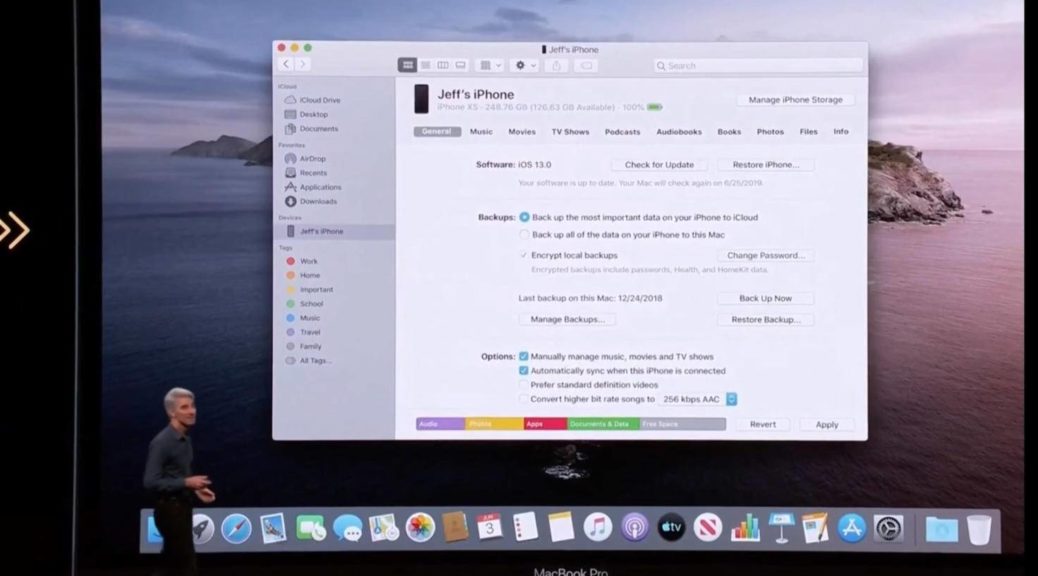 After nearly two decades, Apple iTunes is grave – but what does the software actually mean? What's going to change for iPhone users, owners of Macs or Windows computers? With us you will learn everything you need to know about the end of iTunes.

Already in the run-up it was speculated, confirmed at the WWDC 2019: Apple puts an end to iTunes, at least almost. The US group wants to divide the features of the multimedia management software in the future on three different apps, namely on music, podcasts and TV. Completed this step with the release of the new Mac operating system macOS Catalina, whose release in the fall of 2019 is pending.

What does the end of iTunes on the Mac mean for you? If you want to buy music, audiobooks, films or series on the Mac in the future, this will no longer be possible on iTunes, but on the apps for music, podcasts and TV.

How do I synchronize my iPhone in the future?

The synchronization works now without iTunes.

For the synchronization of iPhones, iPads and Co., Apple has found a smart solution: If you connect your iPhone to a Mac, macOS Catalina no longer starts iTunes, but the Finder. In its sidebar you will find connected devices, with a click on it you can create backups and import or reset the device. All other relevant information, such as serial number, storage space and Co., are also displayed.

What happens to my iTunes library and my files?

Do not worry: your possibly over the years laboriously built iTunes library does not disappear in the data nirvana. Instead, all purchased content and all other added files (CD rips, MP3s, etc.) are imported into Apple Music. Synchronizing non-iTunes files with iCloud will continue to work.

Your purchased media will be preserved.

What about iTunes on Windows machines?

According to a statement from Apple: first of all nothing. If you use iTunes on a Windows machine, nothing will change for now.

You can still sync your music, buy content from the iTunes Store, or back up your Apple devices. The only question is what the future of iTunes for Windows looks like.

Whether Apple continues to maintain the program with full force and wants to integrate new features remains to be seen. It is conceivable that Apple will operate in the future especially bugfixing and screwing on the performance.

It can not be ruled out that Apple will one day also release apps like Apple Music for Windows – after all, there's been an Android app for some time, and it's enjoying great popularity.