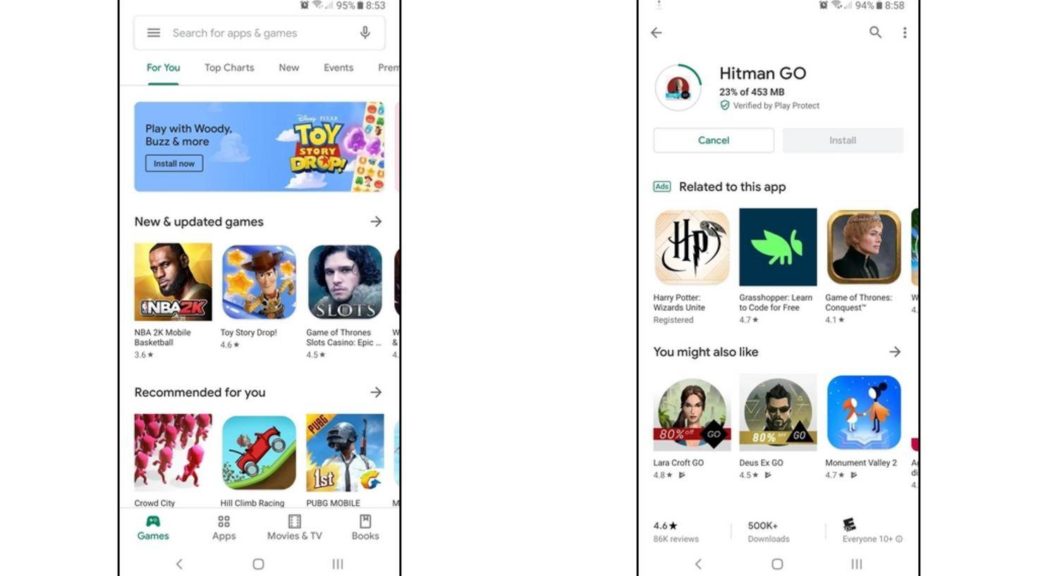 Google is giving the Play Store a new design. In addition to a new navigation bar, there is a lot more white.

The new Google Play Store rollout has apparently started. On Friday, the first users with the update 15.1.24 the "new" Play Store, as reported by Android Central . Visually, there is a lot going on. Overall, the Play Store is approaching the current Google design, which works even more with white areas than before.

Reduced optics with a lot of white

First screenshots show that about the green navigation bar of the Play Store falls away. In their place are subtle contours. Part of the navigation is also moved from the top of the screen to the bottom. The selection of store categories apps, games, movies, books and music is going down.

The new design with new navigation bar at the bottom.

The new design also runs through all submenus and through the shop pages where individual apps are displayed. However, the changes are much more subdued there, as the undersides have long offered a very reduced design. The most striking innovation here is the revised download animation. The progress is shown by a circle around the app icon.

Overall, the Play Store after the update on the one hand clearer, but on the other hand a bit more generic. Visually, it's the same as Gmail, Google Drive, and the Google app, making the look of the various Google apps more consistent.