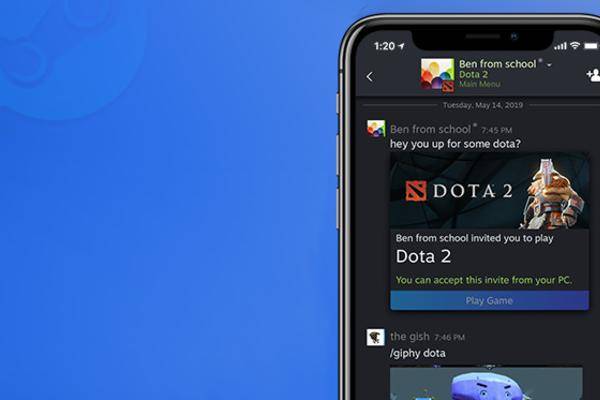 With Steam Chat Valve now brings a chat standalone app on Android and iOS smartphones. It should have most of the features that are known from the desktop version.

Anyone who uses the Steam app on his smartphone anyway only to chat, can now remove them confidently, because the chat is now available as a standalone app. As Valve reports, the app already has the most important features of the PC version. Missing features such as the voice chat will be submitted later in the future.

Friends list, Rich Chat, customizable notifications – all in there

Anyone installing Steam Chat on their Android smartphone or iPhone will feel right at home. In the friends list, you can see at a glance which of your friends are currently playing which game. Behind the feature "Rich Chat" hides only a chat with many features that you might already know from the desktop version. These include embedded videos, tweets, GIFs, support for Giphy, Steam emoticons, and more.

Via invitation links, which can be sent by e-mail or as a message, new friends can also be conveniently added from the app. And so that you do not miss it any more, if your buddies send you an invitation to gamble, you can also configure the notifications on your smartphone according to your wishes.

You can download Steam Chat here for iOS and here for Android .

Valve emphasizes that the Steam Chat is constantly improving. Since the chat has now been outsourced, concentrate on the Steam app mainly on improvements in account security. The developers want to integrate more Steam Guard options, such as QR codes and a one-touch login, to make the registration in Steam even safer than before.