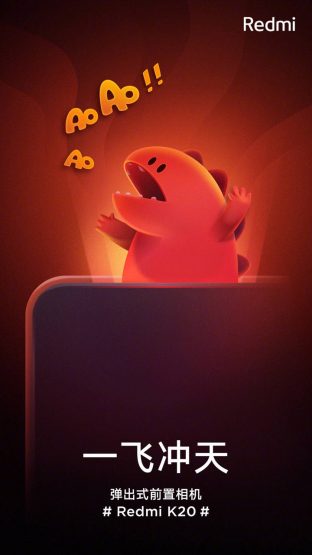 As announced, today at 10:00 (China Time) the profile of Redmi on Weibo, published a new news confirming the presence of a pop-up or retractable camera on its new flagship, Redmi K20 . A fact that almost we almost knew with certainty due to the large number of leaks but that now would be confirmed officially .

If you do not want to miss any news of the next Redmi K20 and K20 Pro , you can join our Telegram Group : @ RedmiK20byXiaomi

This new Redmi K20 continues to capture much of the attention of enthusiasts for technology and fans of Xiaomi, because it is enough to take a tour of the main technological forums, groups and social networks to realize the great growth that has taken place. any thread or channel referring to this new king of performance / price .

Now, as we had already confirmed, Redmi through his profile in the social network Weibo published the image that we can see below where if we translate your text in Chinese we can read " Flying sky. Emerging camera # Redmi K20 € ". A new data that would confirm what we practically knew not in an official way but indirectly. 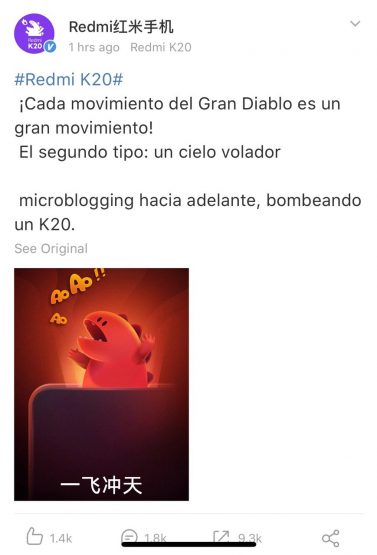 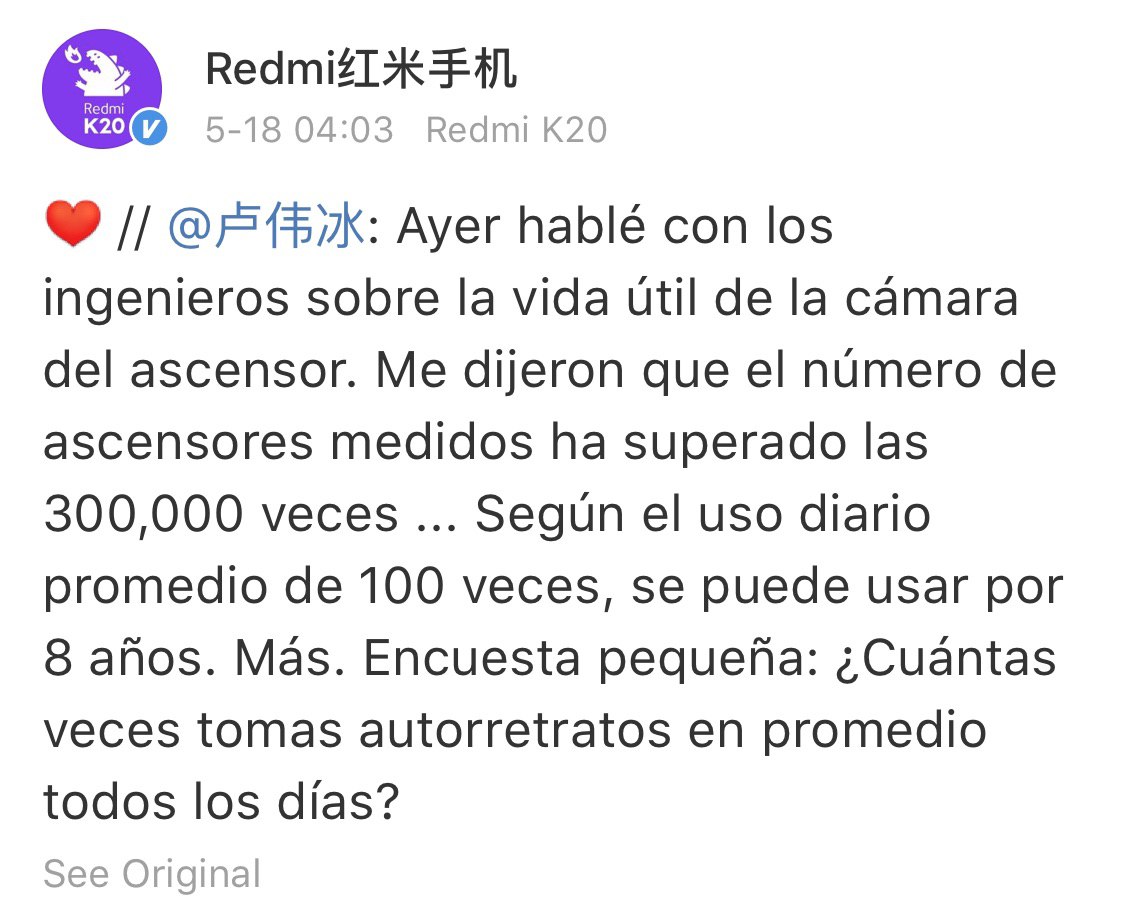 Publication made on Weibo by Redmi by Xiaomi.

Even so, Redmi makes reference to it through the phrase " Flying Sky ", a small data that we do not know if it has any special meaning or if it simply refers to the little dragon that it does as a pet and the elevation it takes from if your camera retractable.

Another detail that remains incognita is the fact of whether it is new camera of retractable system or type periscope as some manufacturers call it, will incorporate FLASH LED . And is that if we remember, a few days ago appeared a new rumor through the network that showed us a small gif where you could see that next to the front camera of the Redmi K20, located in the retractable system, this incorporated two light bars as a FLASH .

Will this retractable Redmi K20 system have any new features? As your CEO, Lu Weibing, as the company itself informs, you can read it here at XiaomiAdictos.com