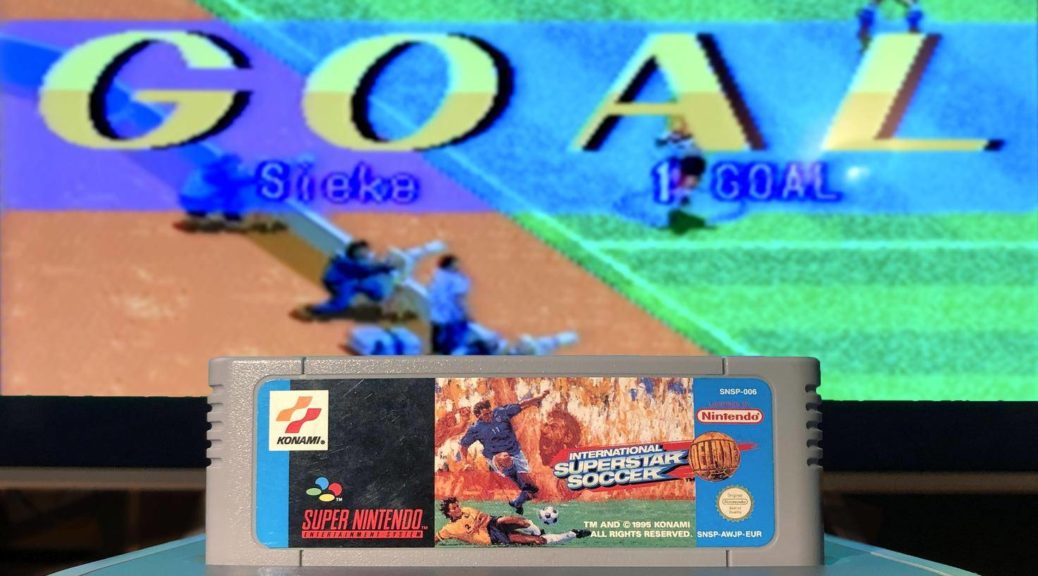 Bundesliga finals, decisions in Champions League, Europa League and in the DFB Cup: May is a festival for football fans. If you are a fan, like to play "FIFA" and Co. and do not want to miss your reading, we have a book tip for you: "Football Games" by Markus Böhm and Danial Montazeri, recently published by – Reclam.

Reclam – is not this the publisher with the little yellow ribbons, which you were always allowed to read in German lessons? Exactly. Recently, however, the Swabians have also green booklets on offer: the "100-page series" . This is not about classic literature, but about a specific topic, on 100 pages. For example: gladiators, the Ötzi – and more recently also football video games.

"Anecdotes and facts that may surprise even veteran gamblers"

"Football Games" is the title of the new issue of Reclam's 100-page series, the first book on the phenomenon of "FIFA" and "Pro Evolution Soccer". In addition to a description of the attitude to life "FIFA", the authors Markus Böhm and Danial Montazeri of Spiegel Online also promise "anecdotes and facts that might even surprise long-time gamers".

The One and Only: "International Superstar Soccer Deluxe" for Super Nintendo.

I would definitely count myself among the target group of interested gamers. My first football game, which I played intensively, was "International Superstar Soccer Deluxe" on the Super Nintendo in the mid-1990s. The trailblazing Konami title, probably forever my all-time favorite game, is also quite rightly in the book regularly. Since then I have played football games of all kinds and followed the events in and around the Bundesliga.

Accordingly, I was curious, which could tell me "football games" yet unknown to the topic. As it turned out: a lot!

The book is opened by the history of the genre video game football. Between episodes around the funny first steps on home computers and Co., this chapter is sometimes surprisingly serious.

Some passages about the creation of the first "FIFA", for example, reminded me of "Blood, Sweat, and Pixels" by Kotaku author Jason Schreier (which also appears as a reading tip in "Football Games"). Like Schreier Böhm and Montazeri do not gloss over the sometimes grisly everyday life of a game designer.

In the 1990s, the world of video game football was diverse: Here is a selection of Super Nintendo football games, including the first "FIFA", a version of the time-honored "Sensible Soccer", the SNES launch title "Super Soccer" and the exotic "Lothar Matthäus Super Soccer "(published in England as" Manchester United Championship Soccer ").

Developer Jan Tian, for example, was instrumental in the very first "FIFA" (1993). In the book, he tells how the endless work on the game led him mentally and physically to its limits. At times, the release was even on the loose: "FIFA" had little priority at Publisher EA back then, Tian said. Unthinkable today.

Joypad Philosophy: Why do we play "FIFA" and "PES"?

The authors Böhm and Montazeri ask in "Football Games" also the question why we have been indulging in virtual comedy every year for over 25 years. One of the many observations I found especially remarkable – it comes from the authors own life and should be highly recognizable for many gamers.

The authors say that as students and teenagers, they seldom met for a chat. Instead, it always needed a venture, a plan. And this was often called: playing soccer video games. Of course, during the tough matches there were conversations – about football, gaming and not infrequently about your own worries and hardships. Böhm and Montazeri call it "games as a lubricant".

For the couch Smalltalk: 5 curious facts about "football games"

Even when flying over this article, it should be clear: I have enjoyed the reading of "football games" very much and can recommend the book only to anyone and half interested.

There's just a lot to discover in the book, in addition to the genre history and philosophical discussions surrounding the question, "Why are we playing 'FIFA'?". "Football Games" highlights, among other things, the eternal fight "FIFA" against "PES", the myth of momentum or the fascination of "Ultimate Team". Exciting topics include the difficult status of "FIFA" and "PES" as e-sports titles and trips to the crazy social media world of "FIFA". The typical compact Reclam-haptic completes the reading fun.

Thanks also to the authors Markus Böhm and Danial Montazeri , who sent us a review copy of the book as well as numerous pictures.