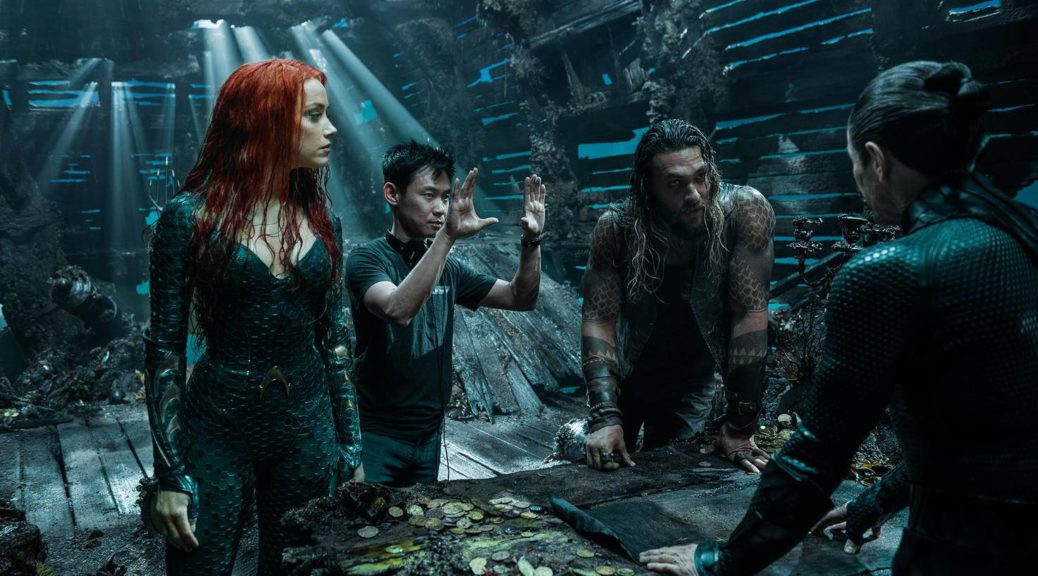 In the cinema, "Aquaman" swam high on the wave of success: At the end of its term, the blockbuster secured the title of the most financially successful DC movie of all time. From now on, the comic book adaptation with Jason Momoa is also available as a home theater version. Especially the bonus material is truly from another world.

The Blu-ray to "Aquaman" have over 60 minutes of extras in the luggage, it said in advance. Now we know: There are even more than 90 minutes bonus material! A flood of behind-the-scenes clips, of which the making-of-featurettes have particularly impressed me on the creation of the scenes, costumes and effects. The effort that director James Wan and his team have made for the perfect underwater world is only revealed through the bonus material to its full extent.

Filmmaker James Wan wanted to create a whole new world for Aquaman. How serious he was, is in the making-of clip "Going Deep Into the World of Aquaman" (" Dive into the world of Aquaman") clearly. The set designers report that they worked with Wan on the design for his underwater world three months before the start of production. Each costume, each set was actively helped by the director, who also worked as a draftsman himself.

Director James Wan (second from left in the picture) dealt in detail with "his" Atlantis.

Above all, the light and the movements of the inhabitants presented the crew with great challenges during the shoot, one did not want to constantly turn underwater. The innovative techniques and film methods used in "Aquaman" are extensively explained in the featurette "Aqua Tech". From VR glasses to huge water tanks over the sets, various tricks were used, which are simply impressive.

Because of only CGI!

Even more impressive is how many of the locations in the film were actually built. The submarine, where Black Manta and Aquaman meet for the first time, was actually lowered into the water by hydraulics during the shoot. More elaborate were the bar in Arthur Curry's hometown and the city in Sicily. Since the creators could not find a suitable bar in the production country Australia, they built a bar without further ado. And the place in Sicily? This is a detailed replica of the real city of Erice in Sicily, where the film team was not allowed to shoot due to the explosions planned for the recordings.

And who thought that the look of the Fishermen came completely from the computer, experienced when looking at the featurettes his blue wonder …

Bonus material at a glance