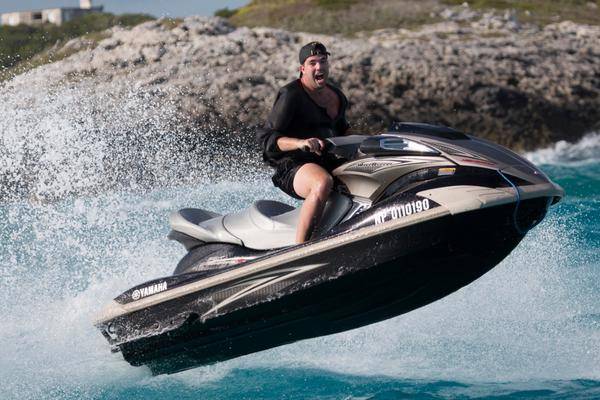 The Netflix documentary about the crazy Fyre Festival made him world famous. From the prison announces the organizer Billy McFarland now to word and thinks in all seriousness about a new edition of the music event after.

The Netflix documentary "Fyre – The Festival That Never Happened" is unbelievable but true. Billy McFarland, organizer of the disastrous event, is now behind bars for millions of frauds. Now, according to New York Magazine , he announced that he would publish his memoirs as a book to pay for the $ 26 million he owes as a result of the failed event. After that he really wants to set up a second Fyre Festival.

McFarland sees the story misrepresented by the Netflix documentary "Fyre" and a second documentary called "Fyre Fraud" by US provider Hulu. He wants to correct this with his own memoirs, which he currently records by hand in prison. The Fyre Festival was not a "once and never again" event, according to the organizer. "The story will be forgotten and clear the stage before the next event takes place."

The captivating documentary tells of the Fyre Festival, which was marketed as the ultimate luxury getaway with private bungalows and exclusive live acts. Stars and supermodels could be seen in promotional materials on private yachts and at dream beaches. Instead, the guests, some of whom paid thousands of dollars for tickets, were housed in thin tents with little food. Musicians canceled their performances, while the horrendous conditions on the Internet made the rounds.

The documentary "Fyre – The Festival That Never Happened" has been on Netflix since January.