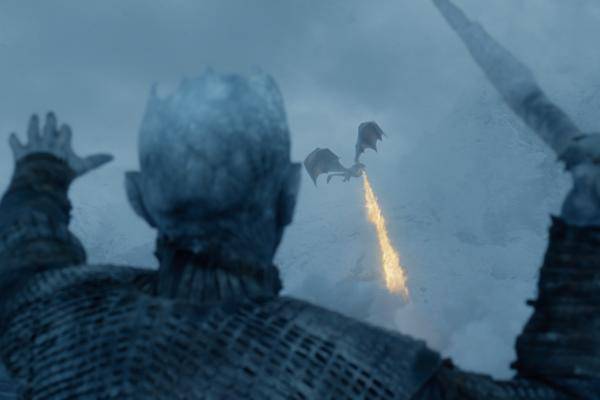 In an interview, the creators of "Game of Thrones" were interviewed about the big battle for Winterfell. One answer was particularly interesting: is not the outcome of the conflict with White Wandering perhaps as final as it was supposed to be?

You are not up to date on Game of Thrones and have not yet seen the Battle for Winterfell? Then get it now and read on afterwards!

David Benioff and DB Weiss are showrunners in charge of the blockbuster series Game of Thrones. In a TV interview with Jimmy Kimmel they were the showmaster now to the current episode of the last season question and answer. Interesting: As Kimmel with "Are we really done with the White Walkers?" nachhakt, the two creators are conspicuously closed – "we will not answer", so the answer ( in the video from 6:50).

How serious is the answer to the death of the Night King?

Although the audience reacts with a nervous laugh, the looks of Benioff and Weiss on the other hand make it hard to see how serious the answer is. The following questions – "Did Bran know that Arya would kill the Night King?" and "Will anyone climb the Iron Throne?" – are answered with a slight smile and a smug "Maybe".

A truer answer Benioff and Weiss at least on where they themselves are to broadcast the serial finale of "Game of Thrones" will be: Together with their wives, they will travel to a secret place four, turn off their phones and drink tequila.

During the night from Sunday to Monday, the latest "Game of Thrones" episode will air in parallel with the US release on Sky. Afterwards, she will be available at the pay-TV station.