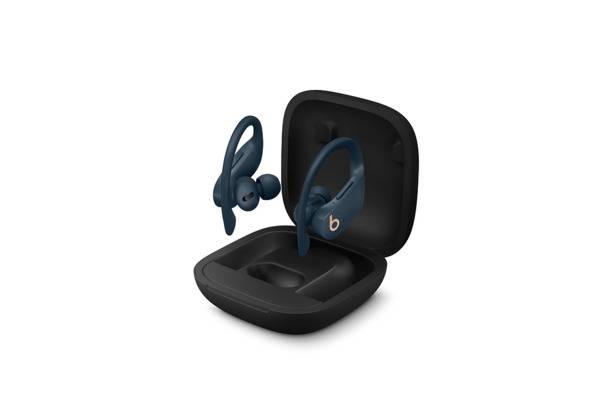 The fully wireless In-Ears Powerbeats Pro have finally received an official sales date. In the US and Canada, the sporty alternative to the AirPods can be pre-ordered on Apple's website from May 3, and then go on sale a week later. The German release should not be long in coming.

The Powerbeats Pro can be pre-ordered in the US and Canada from Friday in the colors ivory white, moss green, navy blue and black. When they will be available in Germany is not known yet. They are likely to come but only a little later in the trade.

Apple's premium headphones cost around 250 euros. This makes them more expensive than the different AirPods variants, but also has a longer battery life. While the AirPods come with a charge to about 5 hours, make the Powerbeats Pro until 9 hours flabby. If you charge the headphones in between with the included case, they even last 24 hours.

The new Powerbeats Pro have the Apple H1 chip, which is already used in the AirPods 2. As a result, Apple's assistant Siri can now also conveniently control the voice command "Hey Siri". Other noteworthy features of the sports headphones include their long battery life and physical music control buttons, as reported by 9to5Mac .

The fact that the Powerbeats Pro are a good alternative to the AirPods 2 thanks to their stirrups for a firm fit in the ear, especially for athletes, has been clear for some time. Apple's new commercial once again takes up this topic explicitly and shows how the wireless headphones are used in different sports. If you can believe the advertising, then the Powerbeats Pro should sit firmly even in fast, jerky movements in the ears. For example, the headphones in the video are used by a footballer, a gymnast, a boxer or a tennis player.