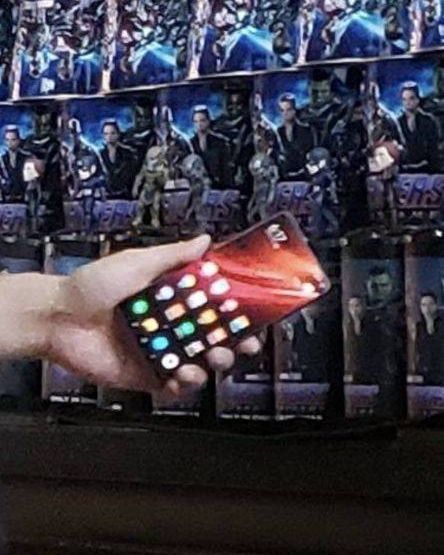 After the continuous rumors and small data provided by the Xiaomi managers themselves regarding the next flagship of Redmi , during yesterday afternoon we saw how the first real image of the new mobile device was published in the hands of the CEO of the company .

Specifically, as we can see in the main image of this article or at the end of it enlarged, Lu Weibing , CEO of Redmi was "hunted" in his spare time ready to watch a movie in the cinema, carrying one of His hands are probably the new flagship of Redmi by Xiaomi .

As we can see in the image, this new device has an "all-screen" body , since even when zooming in we do not see any type of notch or notch on its screen . Even so, even if the image is not of the best possible quality, we also do not see signs of having a front camera embedded in the screen, so it could be the first smartphone with retractable camera of the brand.

Now, from the first hour of the morning, we have known through a statement made by Lu Weibing himself , that the head of public relations of Xiaomi, Xu Jieyun will be fined for this image . A new fact that in addition to corroborating that it really is a new device from Xiaomi or in this case, from Redmi , does not make it clear to us why the head of public relations of Xiaomi has been fined if it is actually the CEO of Redmi who appears in said photograph.

Undoubtedly, what is clear from all this, is that this new filtered device, which is probably the new Redmi flagship (Possible Redmi X or Redmi Pro 2) is real . And also, due to this new fine to a manager of the company, it is a very important model for the brand .