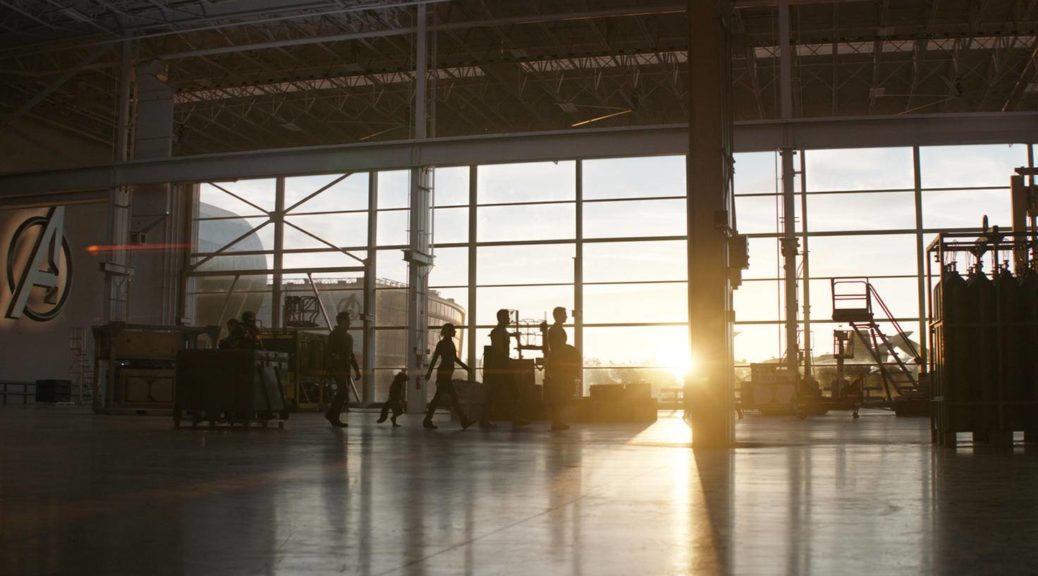 The Marvel Cinematic Universe (MCU) started in 2008 with "Iron Man". This was followed by 21 other Marvel films, all linked together. With "Avengers: Endgame" the over ten-year-old "Infinity Saga" is now to find its big deal – a mammoth task, which once again put the directing duo Joe and Anthony Russo. Whether the "Infinity War" makers have landed a movie hit this time? You read that in our spoiler-free film review.

First of all, as a comic book reader who also spent ten years of her life in the Marvel Studios movie franchise, I may be biased on "Avengers: Endgame" … But with the new Marvel movie Anyway, like Thors Hammer Mjölnir: Anyone who has not invested in the MCU in the past ten years is not worthy of the big showdown. So if you do not want to know why "Avengers: Endgame" is exactly what Marvel fans need, that's wrong here … But in a row.

No matter what it costs

At this point we do not want to go too much into the plot of "Avengers: Endgame". After all, it is important to avoid spoilers at all costs. That's why we leave it here with the rough view that already the trailer have revealed in advance:

After the defeat against Thanos in "Avengers: Infinity War", the remaining heroes are devastated. The "Mad Titan" has kept its word and wiped out half of all living things in the universe. But when the other heroes offer a second chance, they prepare themselves promptly for the "final" against Thanos. Ready to give everything …

The remaining Avengers attempt a second attempt to defeat Thanos after all.

No question, the hype before the theatrical release of "Avengers: Endgame" was enormous. Already in advance, the Marvel blockbuster broke one record after another . In the face of such high expectations, the movie can only disappoint, right? Not correct. The fact is: "Avengers: Endgame" meets the wildest expectations of the fans – and still on top of it.

Thus events and storylines from ten years of MCU history are taken up again, without that these are simply retold. Not only do various supporting characters play a role again, the plot of the past Marvel films is also extended by some completely new details.

Speaking of expanding: The comic readers have also thought of the directors Joe and Anthony Russo. So the recent developments of individual characters may somewhat surprise the average film fan, but for fans of the Marvel comics announce already Storylines for the near future of the Marvel Cinematic Universe …

Not only Thor (Chris Hemsworth), …

… and Black Widow (Scarlett Johansson) have evolved significantly since the first "Avengers" movie in 2012.

Apart from a trip on the "Do you remember?" Road and the "To be continued" -Alee, the newest offshoot is above all one thing: the most emotional of the 22 films in the Marvel Cinematic Universe. After " Avengers: Infinity War " crashed into big and small battle sequences, "Endgame" now prefers to focus on the big emotions – except for the compulsory CGI showdown, of course. From pure joy over disbelief to deep despair is there for the die-hard fan everything. If you do not cry at least once and laugh out loud elsewhere, you're probably in the wrong movie – or a relentless DC hardliner.

Above all, these emotions are triggered because "Avengers: Endgame" beats a perfect path to the beginnings of the Avengers in 2012. So the new team movie deliberately focuses on the six regular avengers Iron Man, Captain America, Thor, Hulk, Black Widow and Hawkeye – on the "family," as the film more than once emphasizes.

"Endgame" puts the focus back on his first avengers …

Above all, one of them has his big performance: Hawkeye, who shone in "Infinity War" even by absence. Quite different in "Endgame", because here the sniper not only undergoes a significant change externally.

In the past, the master archers often clinged to the image of the uninteresting "normal" among the Avengers, showing actor Jeremy Renner in "Endgame" what his character has on the box. Suddenly, the brave family father mutates into an intrepid lone fighter who can single out entire cartels … – and makes his comic book me finally honor. It's no coincidence that "Mission: Impossible" associations have come to my mind in the meantime – another action-packed franchise in which Renner played a part.

Unlike Hawkeye and the rest of the regular Avengers, Carol Danvers fared. After Captain Marvel was introduced with her solo debut shortly before "Avengers: Endgame", it was expected that the heroine would play a major role in the new team blockbuster. From that point of view, some fans might be disappointed by the lack of screen time Captain Marvel has in the final movie … Personally, it did not really bother me given the plethora of characters.

In the end, "Avengers: Endgame" provides the fans with many moments and developments that they have been hoping for and waiting for up to ten years, yet still manages to surprise. Even the gigantic 182 minutes of running time seem (almost) justified, as the Russos clearly wanted to do justice to all the Marvel heroes of the "Infinity" era. I'll at least watch the movie again … or twice … or …