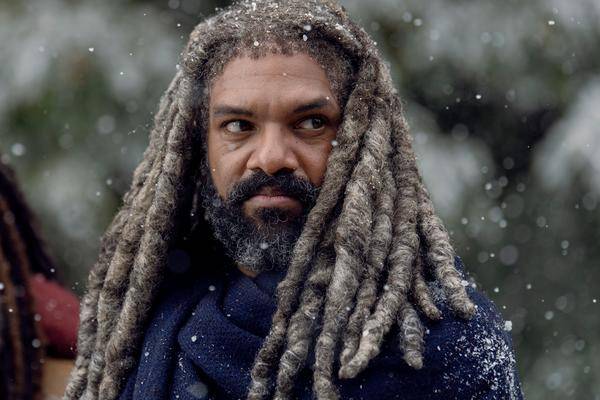 In the ninth "The Walking Dead" season, especially the Whisperer have spread terror and caused some losses among the survivors. Now Ezekiel actor Khary Payton revealed that he always had the worry that his character must bless the temporal …

Season 9 of "The Walking Dead" has more than made clear that it is not good to eat cherries with the whiskeys. Even among the actors, it caused discomfort, as they never knew how long their character would still be there.

For the time being no further farewell

"I was so scared," said King Ezekiel actor Khary Payton as part of Walker Stalker Con in Chicago (via Comicbook ). "I had packed my bags all the time, I was ready to go." He thought that eventually there would be another woman, also with dreadlocks, who could handle the sword better than he did.

"I just said, 'I have to go,' and I thought, 'I'm out, it's okay, I know, no problem, I'm fine, those dreadlocks that blow in the wind.'" With that, Khary Payton obviously takes the tradition the Whisperer, who impale the heads of their victims and use them as territorial borders.

Series again deviates from the "The Walking Dead" comics

Who knows the "The Walking Dead" comics knows that King Ezekiel is killed, beheaded and impaled by the Whisperers. The fear was not unfounded.

Fortunately, everything changed: "But apparently these dreadlocks were too heavy to blow in the wind, so the series makers thought, 'We'll kill him the other way.'"

Nobody should be sure …

For the time being, Khary Payton can look forward to Season 10 for the first time. How it continues in this for him is still unclear. "So many decisions are made in the background, who goes and who does not," The Walking Dead mastermind Greg Nicotero recently told The Hollywood Reporter .